Half a decade has passed since Android Wear debuted. During that time, we've seen in-screen fingerprint readers, rollable TVs, self-driving cars, super-smart AI, phones with folding screens and more. In the midst of all that technological advancement, Android Wear has remained relatively unchanged. In its five years, Google's OS has grown smarter and more useful and has even undergone a serious makeover. But the system, now known as Wear OS, still doesn't feel fully matured.

Android Wear launched on March 18, 2014. The OS offered four basic functions -- voice search, activity tracking, notifications and remote control of your phones and tablets. The best part was the fact that Android Wear would arrive on watches with round faces, namely the Moto 360. It's hard to imagine, given the ubiquity of circular smartwatches today, but in a sea of wearables with square frames back then, this was rare.

Google wooed developers at its I/O Conference that year, showing off what Android Wear was capable of if app makers were to embrace it. Imagine if Yelp could automatically recommend a nearby restaurant and your watch could give you the directions without making you whip out your phone? Or what if you could turn on your smart lamps with just a tap on your wrist? The promise was tantalizing. 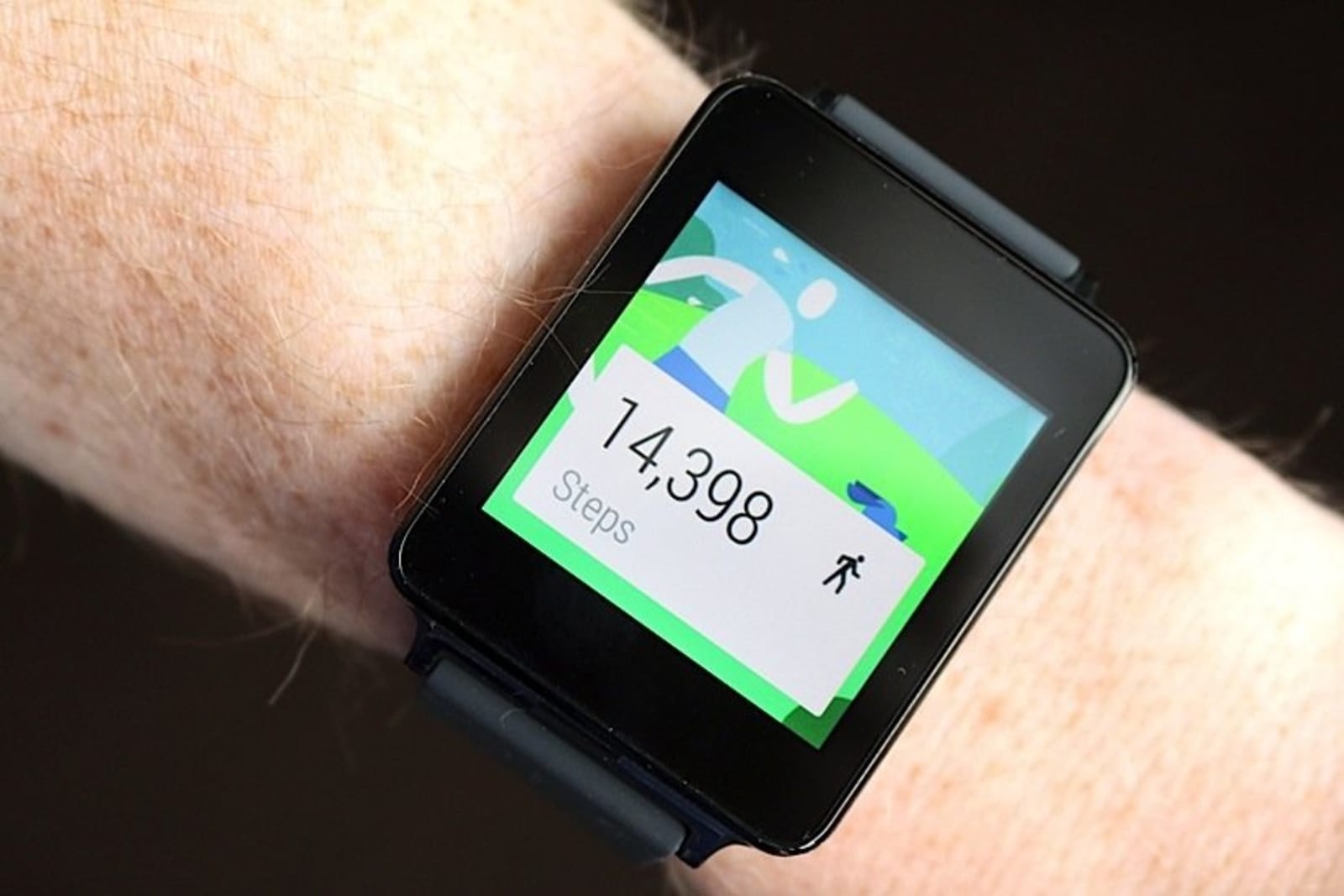 The first trio of watches running the OS also showed up that I/O -- remember the LG G Watch and Samsung Gear Live? They were cheap, basic devices that served as bland, square canvases for the software and offered barely a day of battery.

Android Wear was exciting. It launched during the height of the fitness-tracker craze and amid rumors that Apple was preparing an "iWatch." The tech world was eager for smartwatches to take over our lives, and Google's software seemed like a colorful, useful upgrade from the bland interfaces on devices like the Pebble Watch. But, like most first-generation products, Android Wear missed the mark.

Initial reviews criticized its swipe-heavy interface that didn't actually save anyone any time. Too often you'd try to find something on your watch only to be told to open the app on your phone. There also just weren't very many useful apps yet. In an industry that was ruled by pioneer Pebble, Android Wear's shortfalls were glaring, especially on battery life.

Cut to 2019, and Android Wear has a new name. Wear OS is the third iteration of the system, and at first glance, it doesn't seem like much has changed. The four core functions of the OS still revolve around health, voice search (via Assistant), notifications and controlling your phone, tablet and smart home devices.

But minor tweaks have made the system feel much smoother. Google initially tried to reduce its reliance on swipes by letting you flick your wrist to scroll through notifications, but that was too finicky to really help. The company finally found a fitting solution by placing the most important tools within one or two swipes of the home screen, as well as adding support for a rotating dial to quickly whizz through lists of apps and alerts.

Over the five years, Wear OS also gained a ton more functionality like offline music playback, GPS support, WiFi connectivity, always-on screen, voice calls, more complications and watchfaces, the Google Assistant and iOS compatibility. It's hard to point to any of these individual updates as a turning point for the OS, but collectively, and with years of hindsight, it's clear that the system has become far more helpful than before. 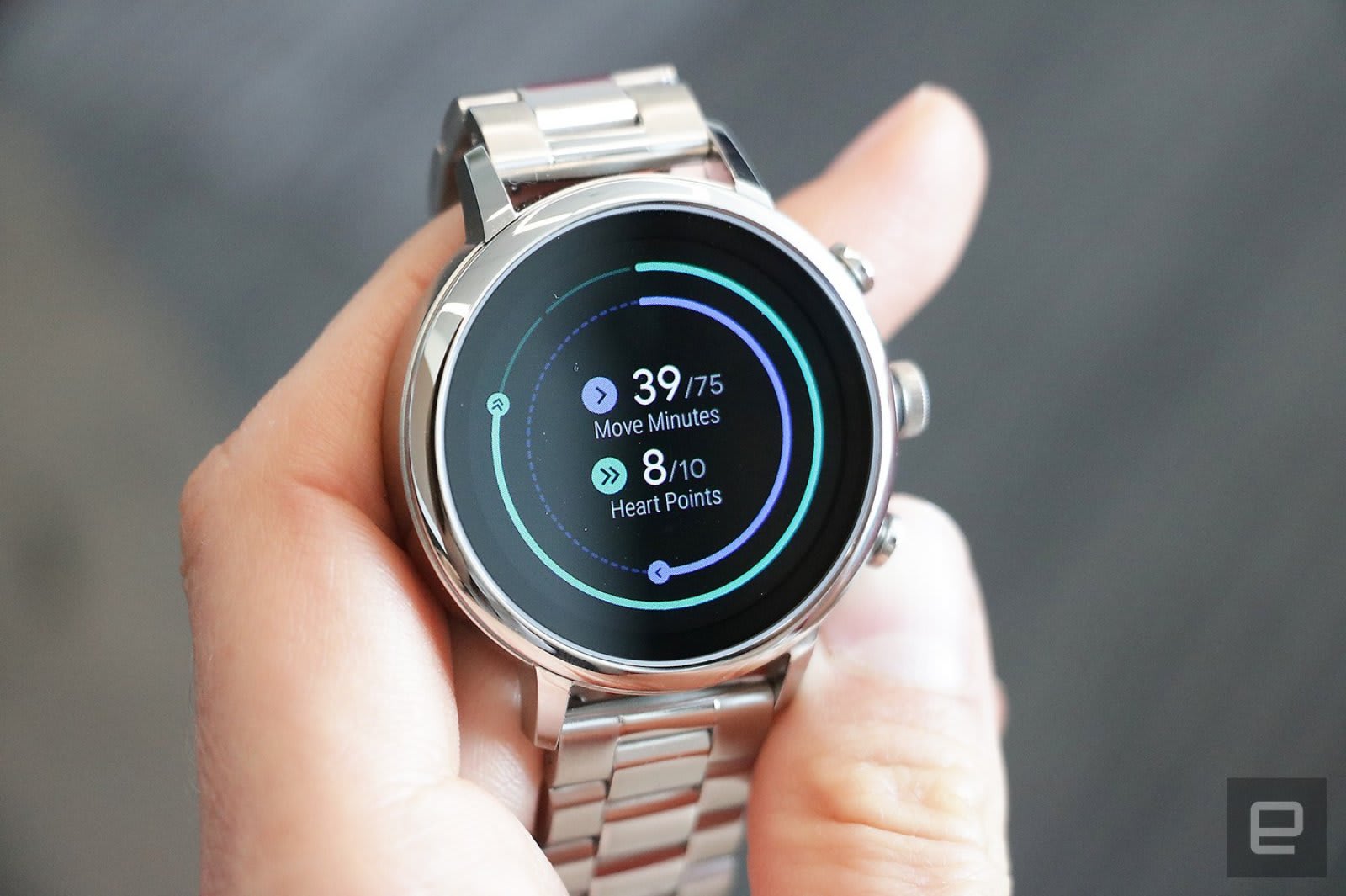 Wear OS also lasts longer than a day now, partly thanks to software efficiencies but most likely due to Google's efforts with its hardware partners. There are dozens of styles available, too, thanks to partners like Fossil, Montblanc, Movado and more. Google has stuffed its software into major brands like Louis Vuitton, Kate Spade, Skagen and Marc Jacobs, among others. Each of these labels brings with it an ardent fanbase that splurges on luxury goods and perhaps even keeps the industry afloat.

While many of these devices from fashion houses are gorgeous timepieces, ultimately they're still vessels for the OS. Don't get me wrong, I love the Skagen Falster 2 and would be sad to take it off my wrist. But looks alone won't make these watches successful. As useful as Wear OS is today, it still faces stiff competition from the Apple Watch and Fitbit, which has pivoted from fitness trackers to smartwatches after acquiring Pebble.

Will Wear OS still be around five years from now? Most likely. But the software probably won't look that much different. It hasn't changed a lot since its birth, anyway. The industry is far less excited about wearables now than it was when Android Wear launched, and it's hard to imagine how Google's OS can get people to care about smartwatches. Wear OS' life story so far is emblematic of the trajectory of the category: We haven't come very far in five years, and I don't see us going much farther in the next five.

All products recommended by Engadget are selected by our editorial team, independent of our parent company. Some of our stories include affiliate links. If you buy something through one of these links, we may earn an affiliate commission. All prices are correct at the time of publishing.
Google Wear OS at five: Older, wiser, but unpolished
android
android wear
androidwear
design
gadgetry
gadgets
gear
google
samsung
smartwatch
Wear OS
wearables
wearos