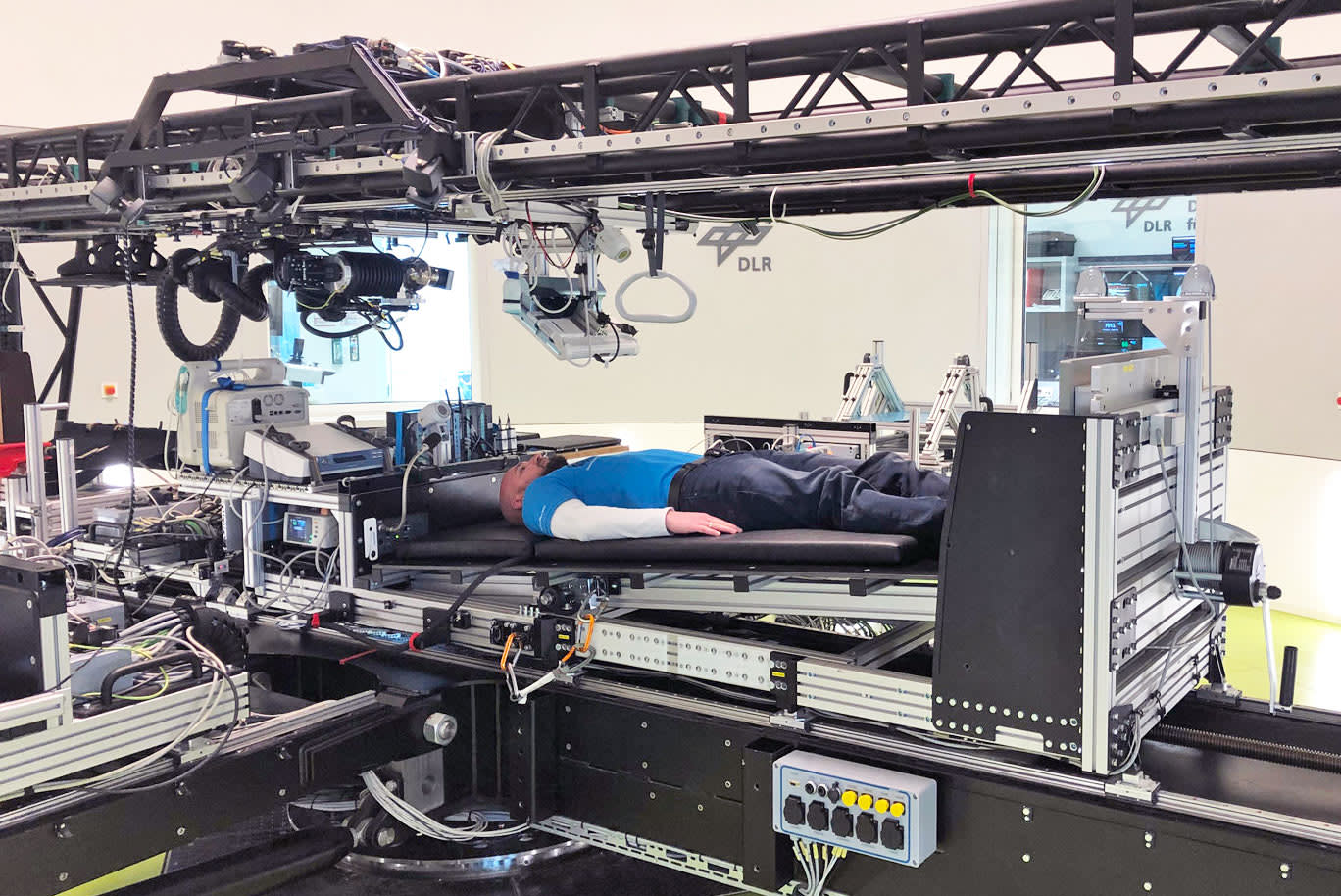 Astronauts aboard the International Space Station have to exercise and alter their diet to endure extended stays in microgravity, but NASA and the ESA hope to find a better way. They're about to start a study that will explore how artificial gravity might keep astronauts in good shape. Volunteers at the German Aerospace Center will spend 60 days in bed starting on March 25th at an incline that will send blood away from their heads. Once a day, a "selection" of the subjects will take a spin in the Center's short-arm centrifuge in a bid to send blood back toward their legs.

The scientists can tweak the intensity of the centrifugal force as well as decide whether to spin around a person's head or chest, but it's not clear just what will work. That's partly what the experiment is for -- they'll have a better sense of what gravitational effects would be necessary to prevent muscles from weakening.

Whatever the conclusions, you probably won't see 2001-style rotating habitats any time soon. You're likely to see something resulting from studies like this, however. If humanity is going to embark on trips to Mars or send more than a handful of people into orbit for extended periods, it will likely want some kind of simulated gravity to maintain the fitness of future spacefarers.

In this article: artificial gravity, astronaut, dlr, envihab, esa, gear, gravity, microgravity, nasa, science, space, tomorrow
All products recommended by Engadget are selected by our editorial team, independent of our parent company. Some of our stories include affiliate links. If you buy something through one of these links, we may earn an affiliate commission.