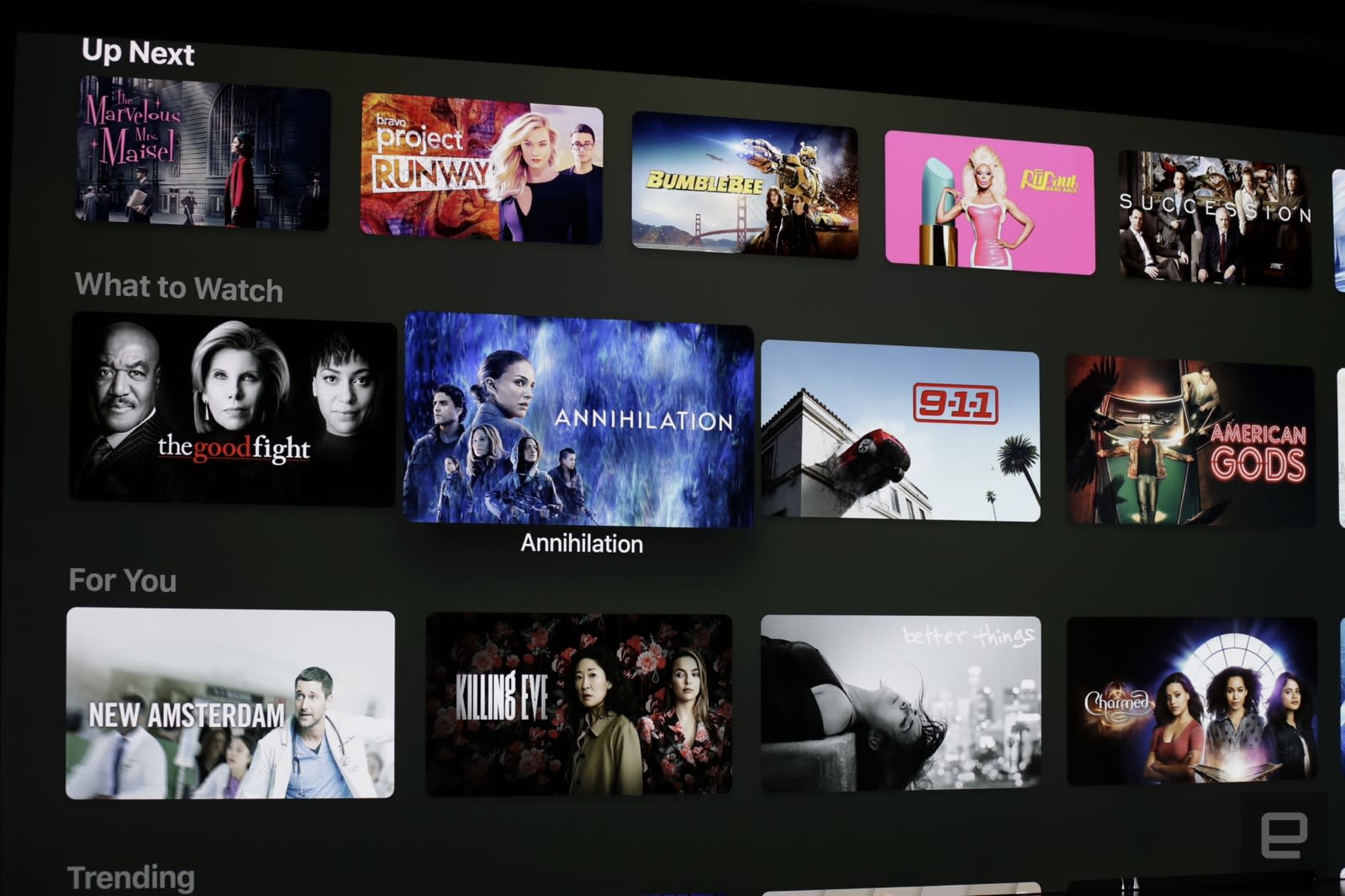 Apple has redesigned its TV app to make it easy to watch its new Channels, which includes video content from CBS All Access, Cinemax, Comedy Central Now, Epix, HBO, Showtime and Starz, among others. With the overhauled tvOS application, you won't have to use the standalone apps from these networks or streaming services, as you'll have access to everything they have to offer directly from the Apple TV app. Thanks to features like "Up Next" and "For You," Apple says its machine learning is smart enough to know what users should have in their queue, whether that be an episode of a series they're already watching or a new movie they might like.

The Channels-ready app is set to hit Apple TVs in May. But that's not it: Apple announced at its "show time" event that this redesigned experience is coming to the Mac this fall. And, later in the year, the TV app will be coming to smart TVs from Samsung, LG, Sony and Vizio, as well as Roku and Amazon Fire TV devices. This announcement shouldn't come as a complete surprise, since Apple revealed at CES 2019 that it was bringing iTunes and AirPlay 2 support to third-party TVs.

If anything, the TV app expansion shows that Apple is willing to broaden its horizons now more than ever -- especially as it looks to make a major push into original shows and movies with Apple TV+. That service, not surprisingly, will also be featured in the new TV app.

In this article: apple, apple tv, apple tv app, apple tvOS, applemarch2019, av, entertainment, gear, home, internet, services, tv app, tvOS
All products recommended by Engadget are selected by our editorial team, independent of our parent company. Some of our stories include affiliate links. If you buy something through one of these links, we may earn an affiliate commission.