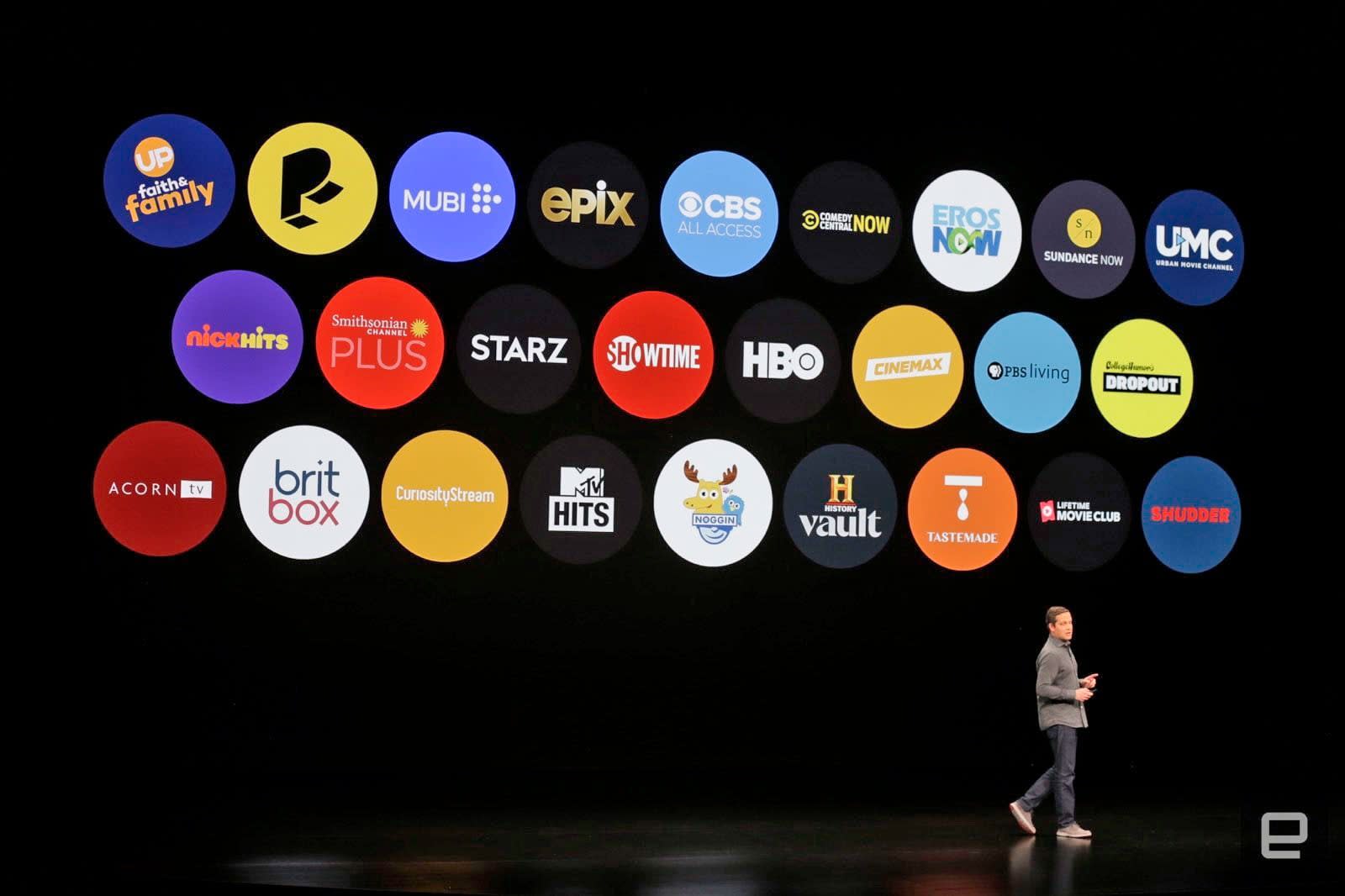 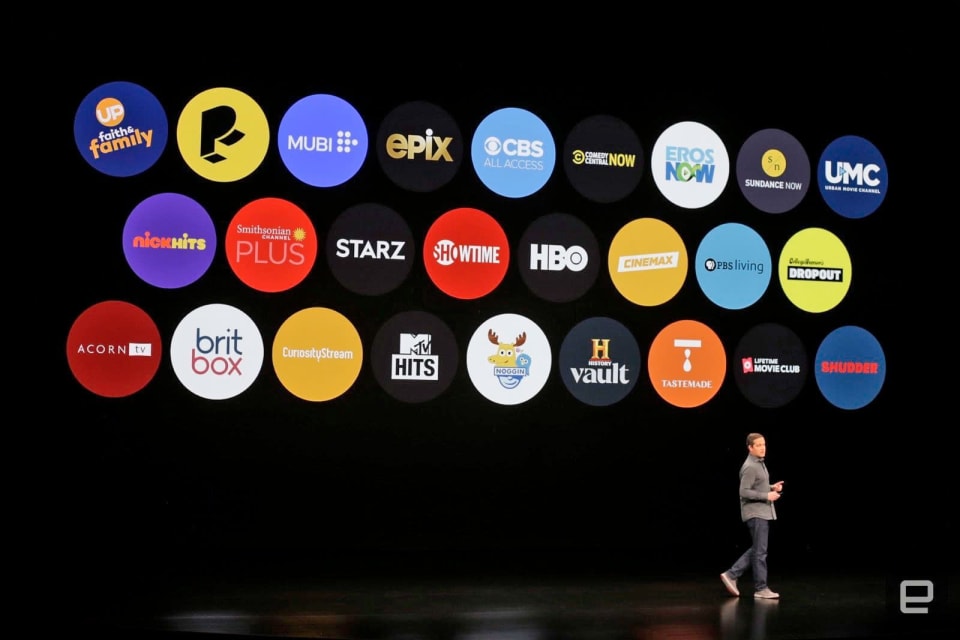 With Apple TV Channels, the company has created a way for you to pick and choose your favorite networks and watch everything within its TV app. The selection includes traditional channels like CBS and Comedy Central, premium networks like HBO and Showtime, as well as online streaming services like Brit Box and Acorn TV. On top of giving you a single spot to watch all of this content, you'll also be able to download shows and movies to your devices to watch online. So what about all that original content we've been hearing about? That'll be in Apple TV+, a separate service that Apple announced today.

For the most part, Apple TV Channels seems more about organizing your streaming media, instead of giving you something truly new. Apple is pitching it as an alternative to services like Sling TV and PlayStation Vue, which offer cable TV channels in bundles. By offering an a la carte alternative, it could save some viewers money. Of course, the participating networks also have their own Apple TV apps, but jumping between isn't exactly seamless, something that Channels would also solve.

Apple is also clearly targeting Amazon's Prime Video Channels, which another way to subscribe to premium networks. It's also bringing the "TV" app to Macs and smart TV brands, so you'll be able to watch Apple Channels on devices beyond your iPhone and iPad. Back at CES, we were surprised to see AirPlay headed to several major smart TV makers, as well as iTunes on Samsung TVs, so it's not a huge surprise to see Apple expanding its reach even further.

Apple isn't offering any pricing details yet for Channels, but rumors point to $10 for premium networks. HBO Go, in comparison, costs $15 a month normally. It'll be interesting to see how Apple prices smaller services like Shudder, which is $5 a month typically. It's unclear at this point if your existing app subscriptions will transition to Channels, but given that Apple's focus is on simplifying your media consumption, we hope they will.

In this article: apple, Apple TV Channels, applemarch2019, av, entertainment
All products recommended by Engadget are selected by our editorial team, independent of our parent company. Some of our stories include affiliate links. If you buy something through one of these links, we may earn an affiliate commission.