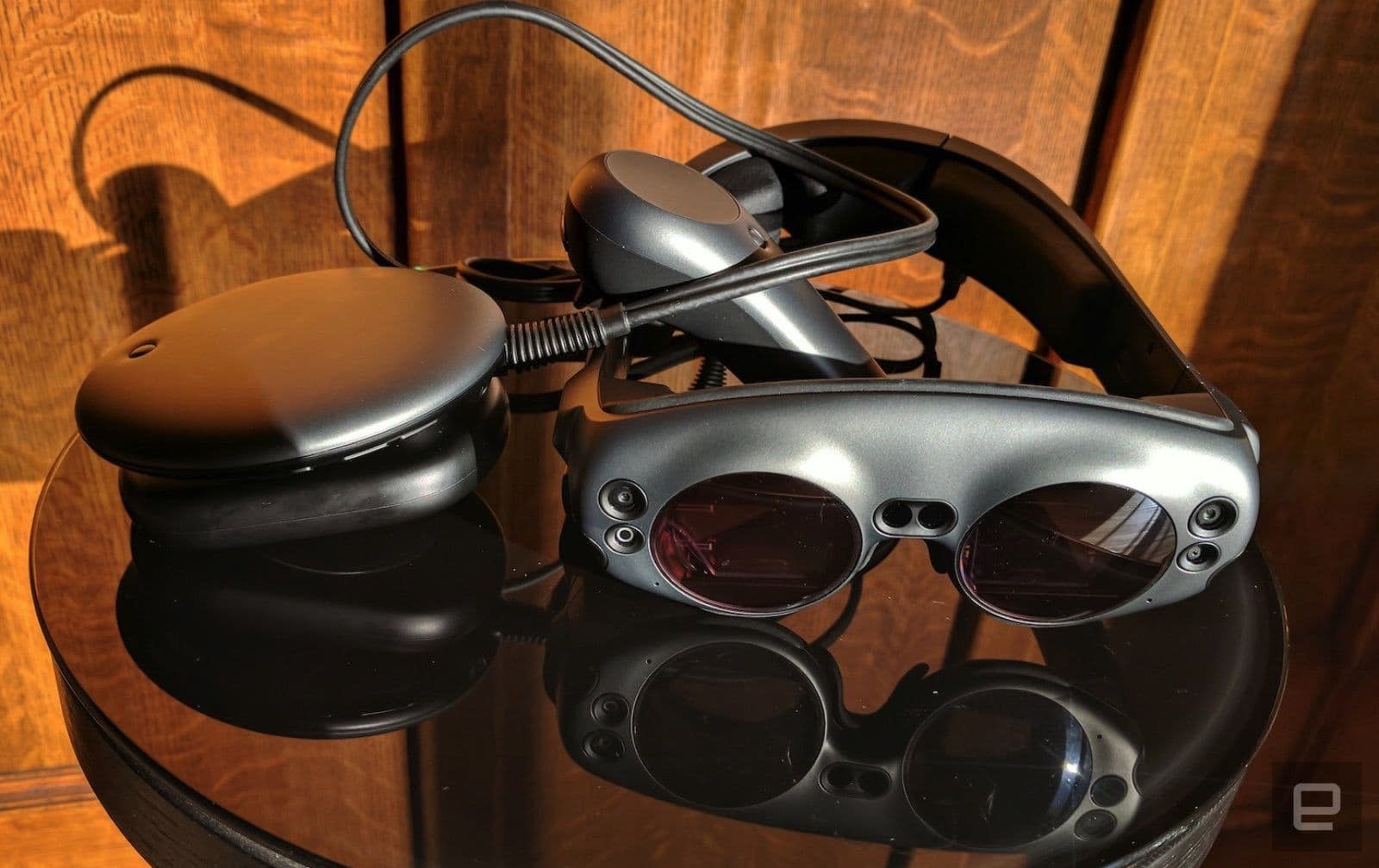 There are a number of challenges you face if you're interested in a Magic Leap One headset, not the least of which is trying it. Are you really going to drop $2,295 sight unseen, even if you're an eager augmented reality developer? You won't have to in the near future, provided you live in the right city. Magic Leap partner AT&T has announced that it will carry the One Creator Edition in a few of its stores, giving you a chance to try the hyped-up wearable yourself. It'll start with the company's flagship Boston store (on Boylston) April 1st, followed by Chicago (on Michigan Avenue) April 3rd and San Francisco (1 Powell) April 6th. Online orders will be available April 5th.

The headset will initially use a WiFi connection, but you will have something to try at the store beyond the usual tech demos. AT&T is planning a Game of Thrones experience (Dead Must Die) that has you donning Magic Leap One to take on a White Walker. It's a shameless promotion for AT&T's WarnerMedia, but it could give you a feel for what's possible.

Whether or not you should buy one is a difficult question. Magic Leap has significantly expanded the One's app catalog with everything from NBA basketball to Star Wars, but this is still a device for developers and well-heeled early adopters. It's not meant as a mainstream headset, and you may want to hold off unless you're completely sold on the concept.

In this article: ar glasses, att, augmented reality, gear, glasses, magic leap, magic leap one, wearable, wearables
All products recommended by Engadget are selected by our editorial team, independent of our parent company. Some of our stories include affiliate links. If you buy something through one of these links, we may earn an affiliate commission.