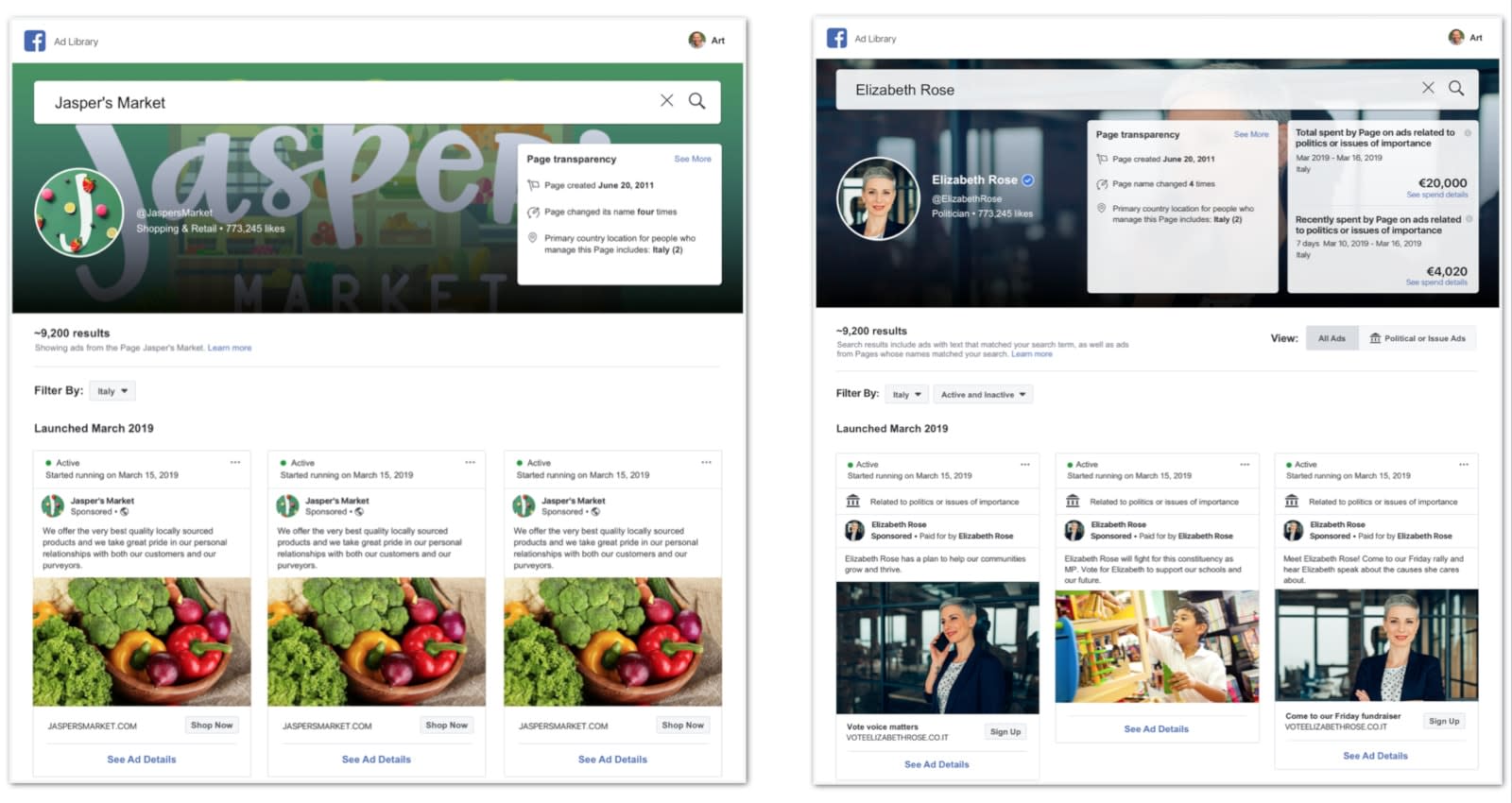 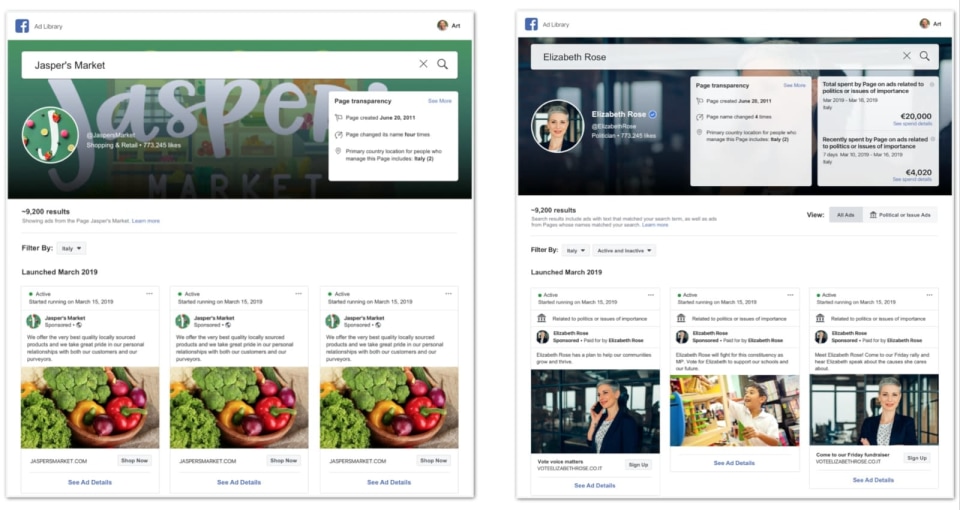 In an effort to prevent foreign interference yet again, Facebook is rolling out more stringent advertising rules in the EU ahead of the European Parliamentary elections. Similar to previous election rules enforced in the US and other locations, anyone who wants to buy political ads in the region must be authorized to run them. Facebook will require them to submit documents proving their identity and will also conduct technical checks to confirm their location, as well as to prevent bad actors from tricking the company. In addition, all political ads in the EU will be labeled with a "Paid for by" disclosure, so voters can clearly see who bought the ad and what their contact details are.

If you do see political ads that don't have that disclosure, it might be because they started running before Facebook enforced the new rules. According to The Guardian, the requirements are not retroactive, and previous campaigns will remain unaffected. Facebook will block any political ads from unverified sources starting mid-April, though, and is encouraging politicians and parties to start the registration process.

All the political ads that will be published in the EU will show up on Facebook's expanded Ad Library (previously called Ad Archive in the US), which now houses all types of active advertisements Pages are running. It previously only kept a record of all ads related to politics and political issues. The beefed-up Library will now also show more information about Pages running advertisements, such as their creation date, previous Page merges and name changes. Plus, it will show the location of administrators if their Page has a large audience or is politics-related, along with their spending information if they buy political advertisements.

You'll also find all those information under the new "Page Transparency" section in Pages' homes, since not everyone's keen to go digging in the Library. In addition to expanding the Library's scope, Facebook will start updating it with new political ads daily instead of weekly starting in mid-May. The social network also plans to roll out transparency tools for political ads worldwide by the end of June.

In this article: ad library, ads, elections, EU, european parliament, facebook, gear, internet, political ads
All products recommended by Engadget are selected by our editorial team, independent of our parent company. Some of our stories include affiliate links. If you buy something through one of these links, we may earn an affiliate commission.