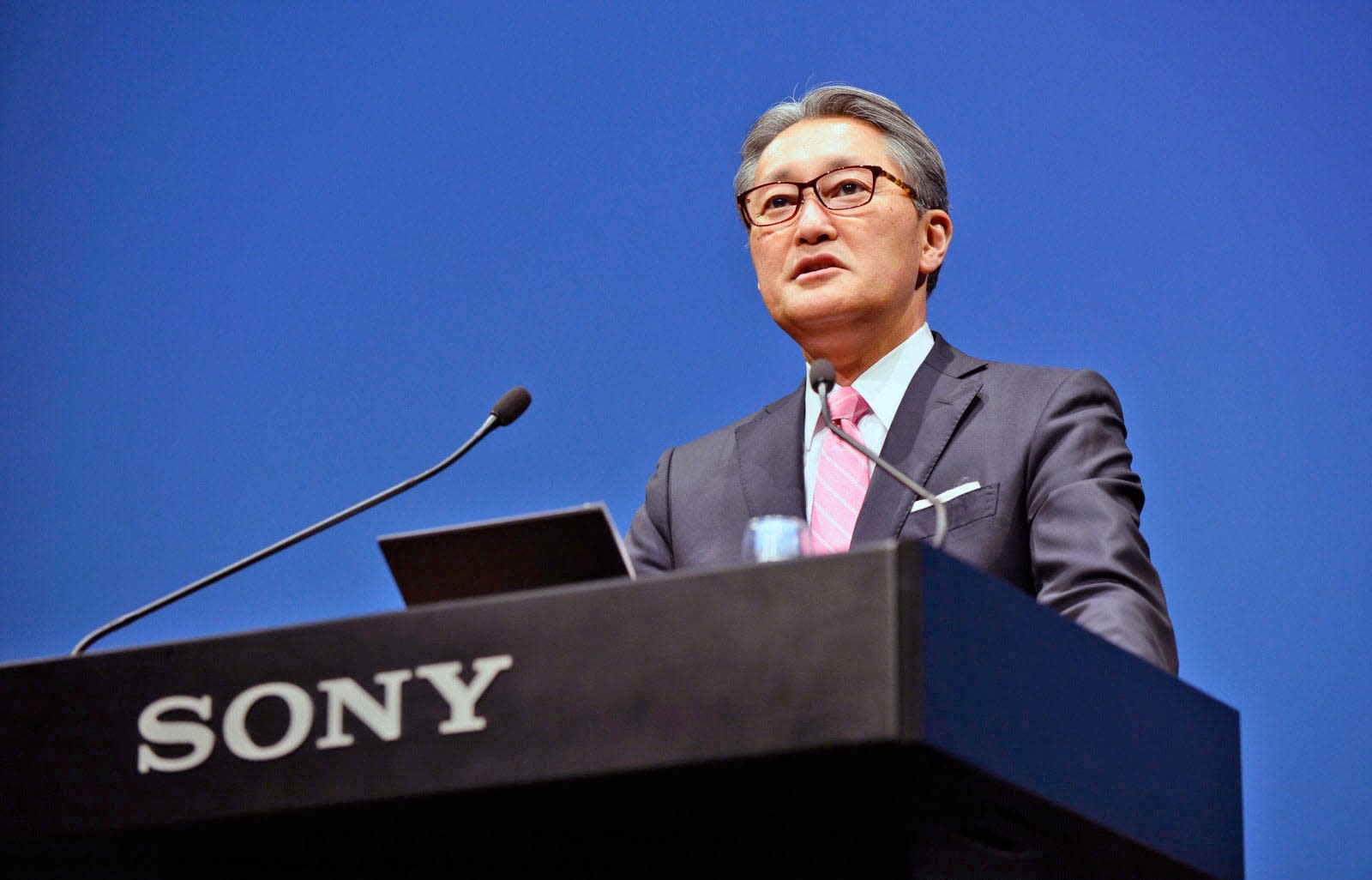 Chairman Kazuo Hirai, who guided Sony through some difficult times over the last five years, has announced his retirement from the company. "Kaz" was appointed CEO and president of Sony back in 2012, shortly after it lost $6.4 billion in 2011. After slashing costs and refocusing the business on gaming and imaging, he brought Sony back to profitability, with the company earning $6.7 billion in fiscal 2017. Hirai stepped down from his CEO role shortly afterwards, handing the reins to CFO Kenichiro Yoshida.

"Since passing the baton of CEO to Yoshida-san last April, as Chairman of Sony, I have had the opportunity to both ensure a smooth transition and provide support to Sony's management," said Hirai in a statement. "I am confident that everyone at Sony is fully aligned under Yoshida-san's strong leadership, and are ready to build an even brighter future for Sony. As such, I have decided to depart from Sony, which has been a part of my life for the past 35 years. I would like to extend my warmest gratitude to all our employees and stakeholders who have supported me throughout this journey."

Hirai will leave as chairman on June 18th, while continuing to act in an emeritus role as a senior advisor when needed. " Hirai-san and I have been working on management reforms together since December 2013," said Yoshida. "While he will be retiring from both chairman and our board of directors, we look forward to his continuing high-level support to Sony's management that encompasses a breadth of diverse businesses."

Kirai has been with Sony for 35 years now, starting in the music division and eventually heading the gaming business. He replaced Howard Stringer as CEO in 2012, during a period when Sony financial news was largely dire. Shortly afterwards, Sony launched the Playstation 4, and the console has since gone on to sell nearly 100 million units, becoming the company's biggest money-spinner by far. Sony also launched its first full-frame mirrorless camera, the Alpha A7, in 2013. That line, along with Sony's image sensor business, has also been a big success for the company.

Despite the success in gaming and cameras, Kaz was never able to turn around Sony's mobile division, which continues to lose money. Still, he came in when Sony's fortunes were in a steep decline, and will leave the company in a lot better shape than he found it.

In this article: business, Chairman, gear, KazHirai, KazuoHirai, kenichiroyoshida, Retirement, sony
All products recommended by Engadget are selected by our editorial team, independent of our parent company. Some of our stories include affiliate links. If you buy something through one of these links, we may earn an affiliate commission.