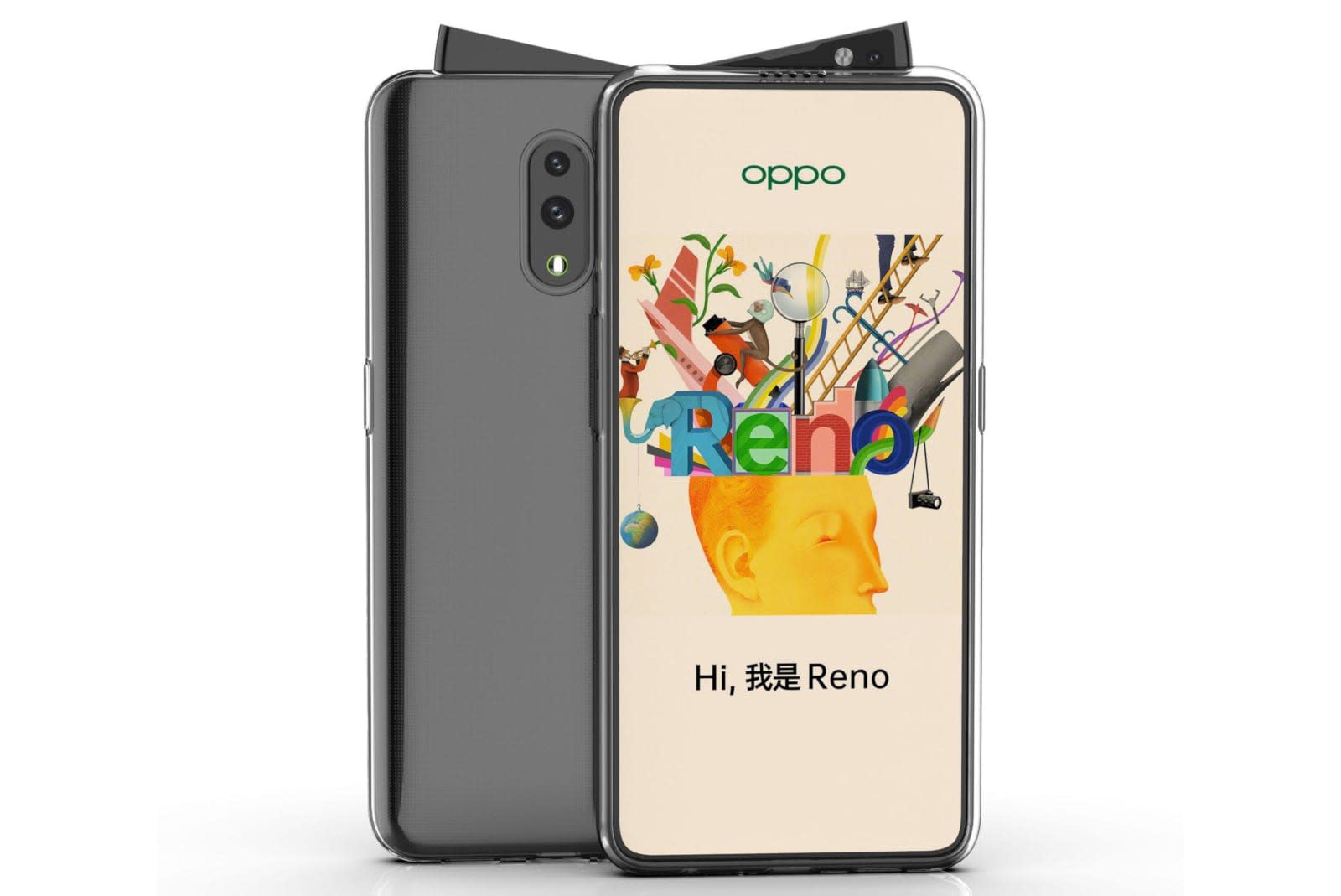 Manufacturers have been coming up with creative ways to design bezel-free phones since the iPhone X arrived. After a parade of one notched phone after another, they've started releasing fully bezel-free devices with pop-up selfie cameras instead. One of the companies is Oppo, which has at least two phones like that under its belt. Now, a couple of leaks (by Slashleaks) show that the Chinese manufacturer is working on another device under an upcoming series named Reno with a pop-up cam that's not quite like its previous offerings: it's wedge-shaped and slides out from one end only.

Oppo F11 Pro's camera is mounted on a tiny pop-up component that's not much bigger than itself, whereas Oppo Find X has a pop-up that takes up the phone's full width. As you can see in the video and photos Slashleaks released (embedded above), the upcoming model isn't like either of those two. If it's true that the leaked photo is from a casemaker, then this truly might be the next Reno's final design.

An Oppo exec publicly mentioned two planned Reno devices in the past. One of them has contrast autofocus, phase detection autofocus and a graphite heat spreader, while the other is the 10x hybrid zoom edition of that model with the two aforementioned autofocus technologies, along with laser autofocus and vapor cooling. It's unclear if the phone in these leaks is either of those, so it's probably safer to wait for Oppo's official announcement before you get too excited.

In this article: gear, leak, mobile, oppo, pop-up selfie camera, reno
All products recommended by Engadget are selected by our editorial team, independent of our parent company. Some of our stories include affiliate links. If you buy something through one of these links, we may earn an affiliate commission.