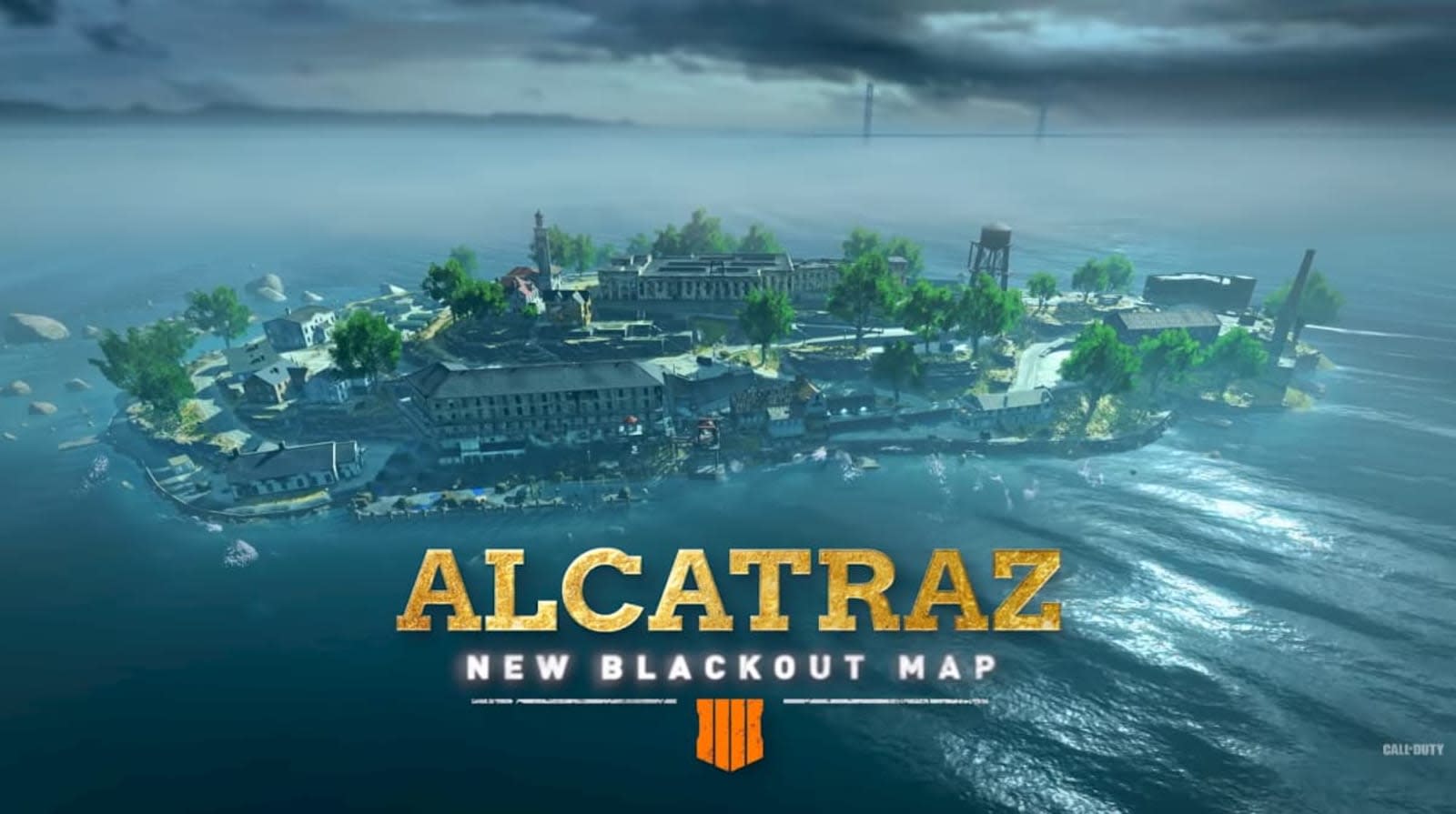 Call of Duty: Black Ops 4's Blackout battle royale mode is about to get a new map. The second arena in which players will duke it out for supremacy is Alcatraz. The map hits PS4 tomorrow and will arrive on other platforms later.

It's not the first time the Call of Duty series has based a map on the infamous Bay Area prison. The Mob of the Dead zombies map is also set on Alcatraz, and there will be zombies for you to tackle in the Blackout map too. The trailer also suggests you'll be able to take down your enemies with a flamethrower.

With Treyarch and Activision facing fierce competition from the likes of Fortnite, Apex Legends, Battlefield V and others in a crowded battle royale marketplace, a new map based on such a recognizable location might help it draw in players new and old. In other news, Blackout will also once again have a free trial. You'll be able to play it gratis for the rest of the month starting April 2nd, though you'll need an Xbox Live or PlayStation Plus subscription to join in on consoles.

In this article: activision, apex legends, apexlegends, av, battle royale, battlefield v, battlefieldv, battleroyale, black ops 4, blackops4, blackout, call of duty, call of duty black ops 4, callofduty, callofdutyblackops4, cod, codblackops4, fortnite, free trial, freetrial, gaming, multiplayer, pc, ps4, treyarch, xbox one
All products recommended by Engadget are selected by our editorial team, independent of our parent company. Some of our stories include affiliate links. If you buy something through one of these links, we may earn an affiliate commission.