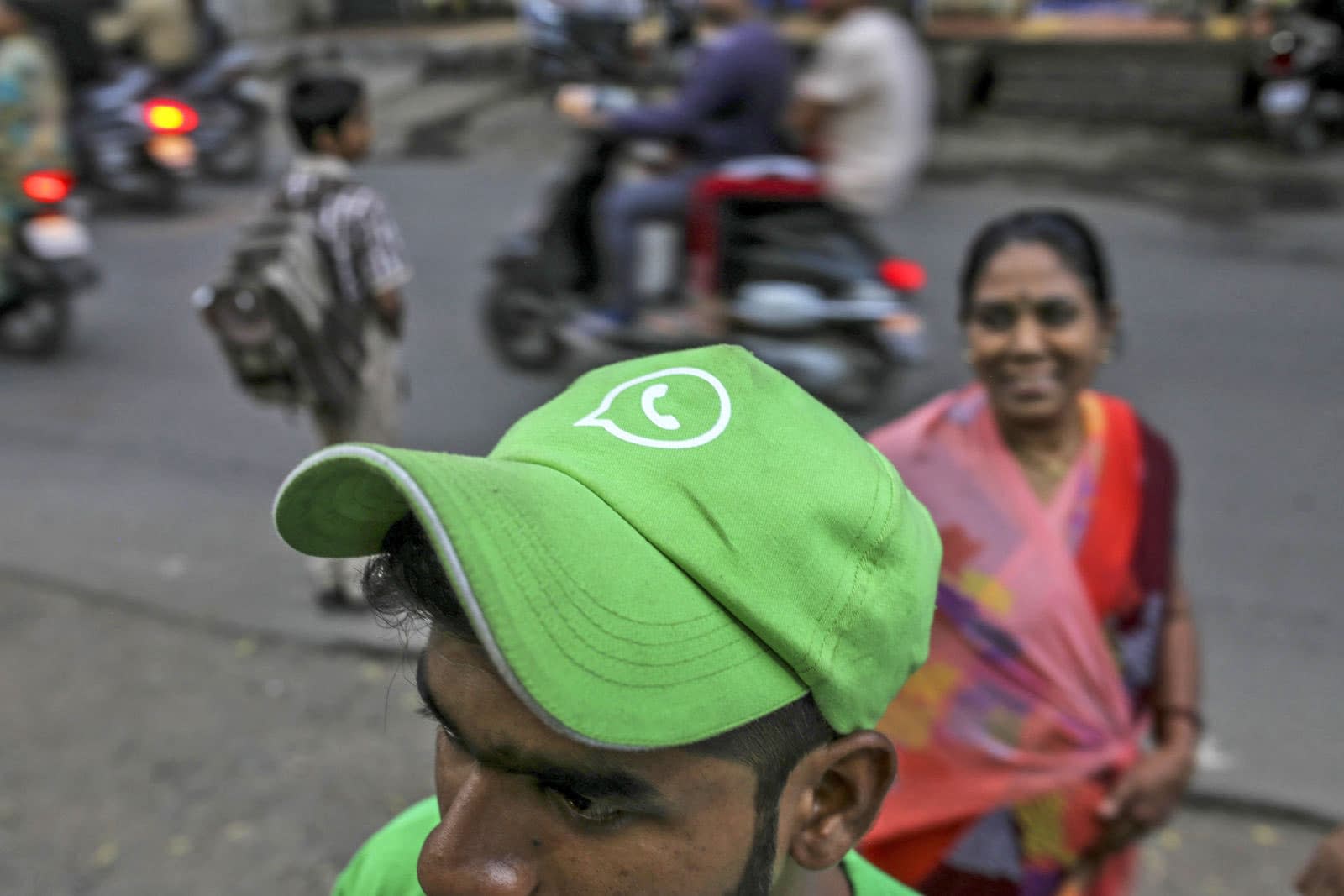 India's elections begin April 11th, and WhatsApp is determined to use every method it can to fight fake news ahead of the voting. The Facebook-owned company has teamed up with Proto to launch a fact-checking project, Checkpoint Tipline, that verifies messages. Relay a message and Proto will determine whether it's real, bogus, misleading or contested. The team can handle images and video, and it supports four regional languages as well as English.

This won't have a significant impact on the election. You have to voluntarily submit messages, and the overly trusting sort of person who's most likely to need fact checking isn't very likely to worry about verification. There's also the matter of timeliness. Reuters found itself waiting hours without an answer about a known fake message -- it's not clear that people will be patient enough, even though there are no promises of a rapid turnaround.

That's not necessarily the point, though. Proto noted that the ultimate aim is to "study the misinformation phenomenon at scale." The more reports it gets, the better it can identify the issues, regions and languages most likely to be affected by fake news. That, in turn, could help combat bogus stories more directly and ensure fact-based, violence-free voting.

Update 4/3 3:35PM ET: After BuzzFeed News inquired about the lack of responses, Proto posted an FAQ stressing that Checkpoint is "primarily" a research-gathering project, not a helpline guaranteed to provide a response. If you do get an answer, it'll be a simple statement of the reliability of the claim, not a detailed rebuttal or confirmation. You can still submit dodgy WhatsApp claims, but there's no guarantee you'll get an answer in a timely fashion. We've updated the post to reflect the project's nature.

In this article: chat, checkpoint tipline, election, facebook, fact checking, fake news, gear, india, internet, messaging, mobile, politics, proto, whatsapp
All products recommended by Engadget are selected by our editorial team, independent of our parent company. Some of our stories include affiliate links. If you buy something through one of these links, we may earn an affiliate commission.