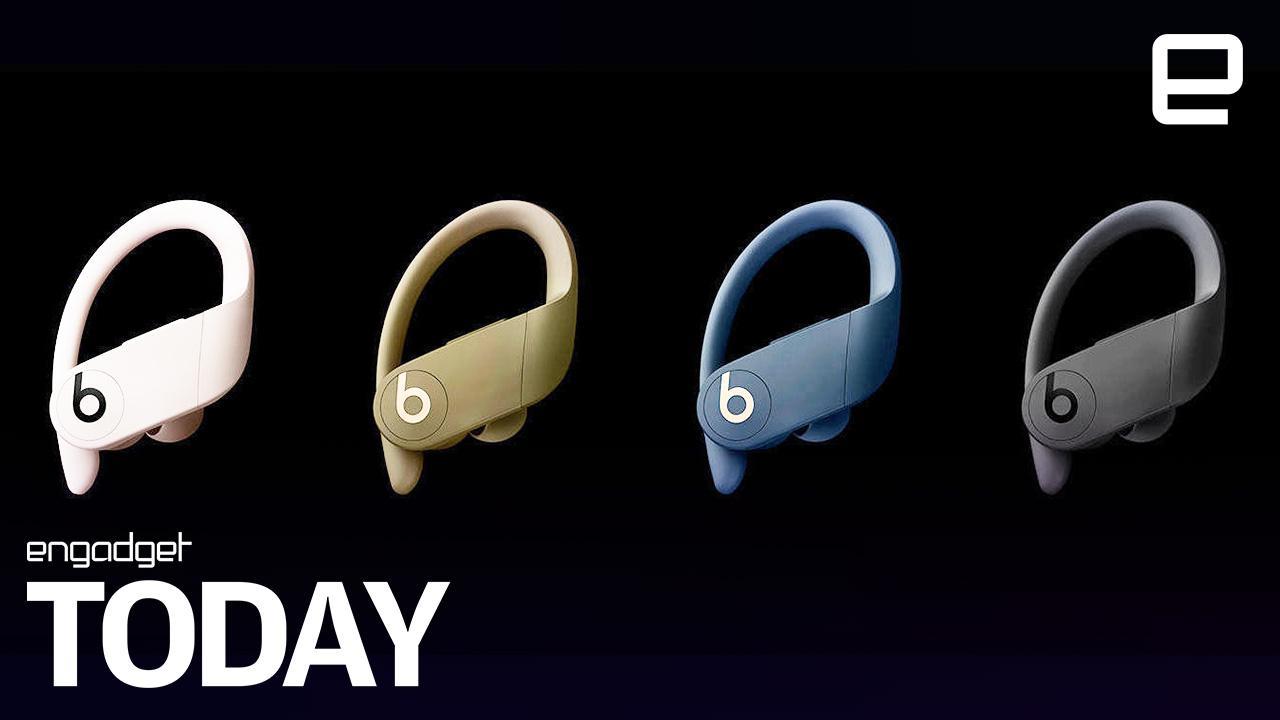 Reports may have tipped Apple's hand last week, but it was really only a matter of time before the company made a true wireless option that carried the Beats name. And thanks to a hint in iOS code, we knew they'd look very similar to their corded, but still wireless, predecessor. There was little left to announce, and today, Beats officially revealed the Powerbeats Pro: the previously rumored pair of $250 (£220) true wireless earbuds. Indeed, the Powerbeats Pro has the same over-the-ear hook design as the Powerbeats 3 Apple and Beats debuted in 2016. Since these are designed for workouts and other activities, that hook helps keep the buds in place while you're moving around. Beats says this true wireless model is 23 percent smaller and 17 percent lighter than the Powerbeats 3, which hopefully makes them more comfortable. You can also expect sweat- and water-resistant earbuds here, so you shouldn't have any trouble with moisture while you're at the gym or on a run.

There are onboard controls on both earbuds for the Powerbeats Pro, so no matter if you're left of right handed (or prefer one side to the other), you'll have access to the same volume and track controls on both sides. Thanks to optical sensors, these true wireless earbuds will automatically pause when you remove them from your ears, or resume playing when you put them back in place. Beats also says it improved audio quality for calls on this new model, with a combination of a speech-detecting accelerometer and two beam-forming microphones on each side. The company promises that tech helps focus on your voice and reduce background noise -- like a noisy gym -- but we'll have to wait and see how well this actually works.

Sound is always key when it comes to Beats audio gear. Despite opting for overpowering bass in its early days, the company's more recent options have had more even-handed tuning. With the Powerbeats Pro, Beats says it has once again improved the overall audio quality, thanks in part to an upgraded driver that allows "efficient, pressurized airflow" to create better acoustic response in the tiny earbuds. Beats also promises "low distortion and great dynamic range across the entire frequency curve." Again, something we look forward to testing during our upcoming review.

Apple's new AirPods pack its H1 chip, a piece of tech that allows Siri to always be listening -- on top of things like improved battery life, faster connections and more. The Powerbeats Pro also employs the H1 chip, which means all you'll need to do is say "Hey Siri" to summon the virtual assistant, no button pressing required. Powerbeats Pro will last up to 9 hours on a charge, with the included charging case adding 15 hours more (24 hours total combined between the earbuds and the case). Beats' Fast Fuel feature is back, and you can tap it to get 4.5 hours of listening time with a 15-minute charge or 1.5-hours worth of music in a quick five minutes.

Powerbeats Pro will be available in May at Apple's online and retail shops. Color options include black, ivory, moss and navy.

In this article: apple, audio, av, beats, earbuds, gear, h1, h1 chip, headphones, powerbeats pro, siri, true wireless, true wireless earbuds
All products recommended by Engadget are selected by our editorial team, independent of our parent company. Some of our stories include affiliate links. If you buy something through one of these links, we may earn an affiliate commission.