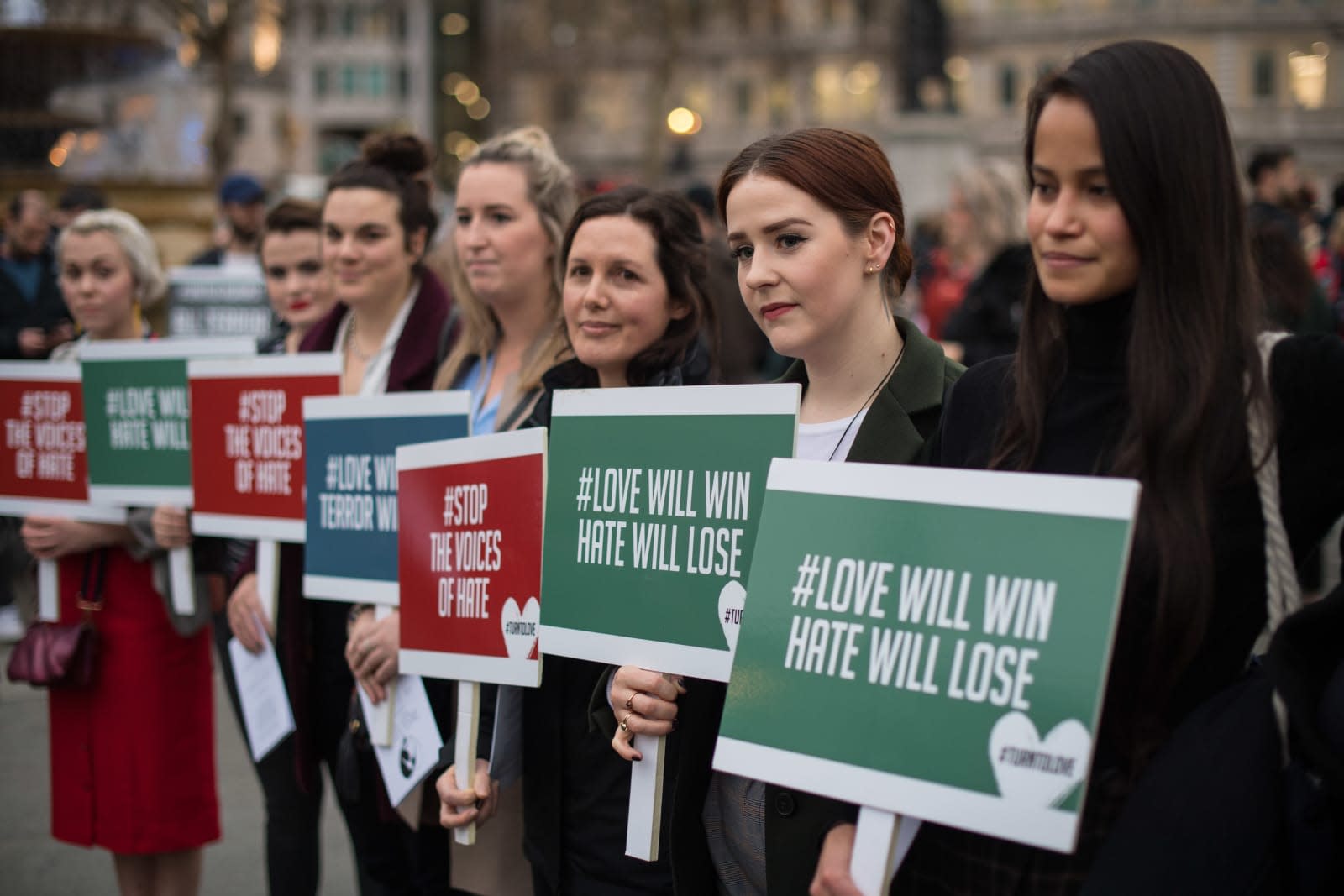 On April 9th, a group of lawmakers will be squeezing Google and Facebook for answers on what they're doing to curb the spread of white nationalism and separatism on their platforms. The House Judiciary Committee has called in the tech giants for a hearing in response to online hate speech and racially motivated violence, including the New Zealand mosque shooting in March.

The Committee's announcement calls social media platforms "world-wide conduits to spread vitriolic hate messages into every home and country." During its hearing on the 9th, it's hoping to examine hate crimes, the spread of white identity ideology and the impact of white nationalist groups on communities. It's also hoping to conjure up and foster ideas on what the platforms can do to squash white nationalist propaganda.

The role online platforms play in aiding the spread of hateful views was put into the spotlight after it became clear that the New Zealand mass shooter made efforts to ensure his attack would go viral. While Facebook and Google acted quickly to take down videos of the attack, various versions of the footage still got out. In Facebook's case, it was due to bad actors finding ways to dupe its AI, which it vows to beef up in the future.

According to WP, Facebook public policy director Neil Potts will represent the social network, while Alexandria Walden, who works as a counsel for free expression and human rights at Google, will testify for the tech giant. A representative for the National Lawyers' Committee for Civil Rights Under Law will also testify, since the group was one of the organizations that pushed Facebook to patch up its loopholes and update its policy.

In this article: facebook, gear, google, house, internet, white nationalism
All products recommended by Engadget are selected by our editorial team, independent of our parent company. Some of our stories include affiliate links. If you buy something through one of these links, we may earn an affiliate commission.
Share
Tweet
Share