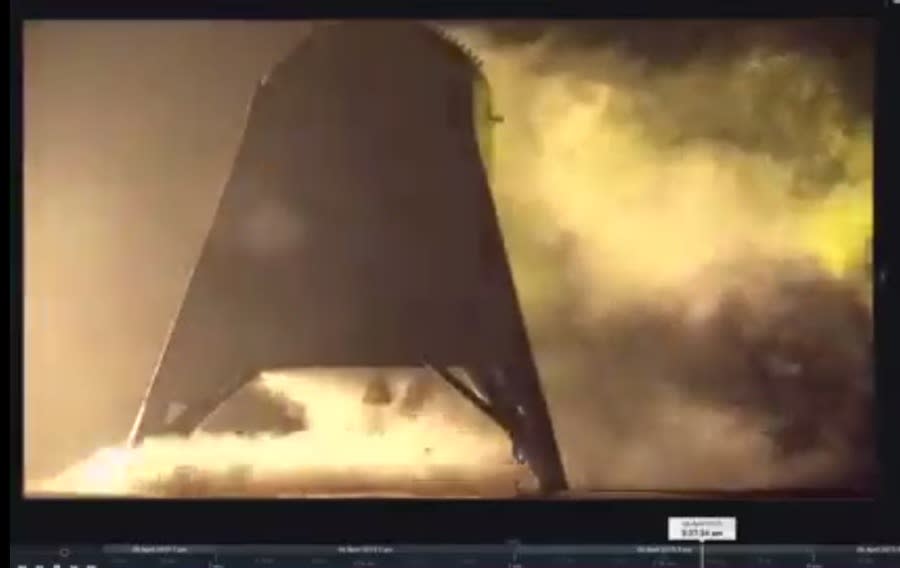 Now that SpaceX started test firings and short "hop" tests on the launch pad at its Boca Chica, Texas site, it's apparently comfortable enough to show off the results. Tonight Elon Musk -- apparently unbothered by an internal investigation or ongoing wrangling with the SEC -- tweeted this two second clip of the snub-nosed "Starhopper" test vehicle that's on a short tether with one of the company's Raptor rocket engines mounted underneath.

It's still not much of a trip, but the glimpse from up close is a preview of greater things to come. Eventually we should see test flights with the Phase 2 Starhopper that go much higher, similar to the progression of SpaceX's Grasshopper tests for the Falcon 9 a few years ago. All of this is necessary before we see the real Starship fly, so these small bites will have to do for now.

RAPTOR ROARS!!! #SpaceX performs another tethered hop of Starhopper in Boca Chica. It is the 2nd Raptor firing of the week and the 2nd hold-down firing of a SpaceX vehicle within 24 hours following #FalconHeavy's static fire. #SpaceX #Starship @elonmusk #Raptor

In this article: grashopper, Raptor, space, SpaceX, starhopper, starship, test, tomorrow
All products recommended by Engadget are selected by our editorial team, independent of our parent company. Some of our stories include affiliate links. If you buy something through one of these links, we may earn an affiliate commission.