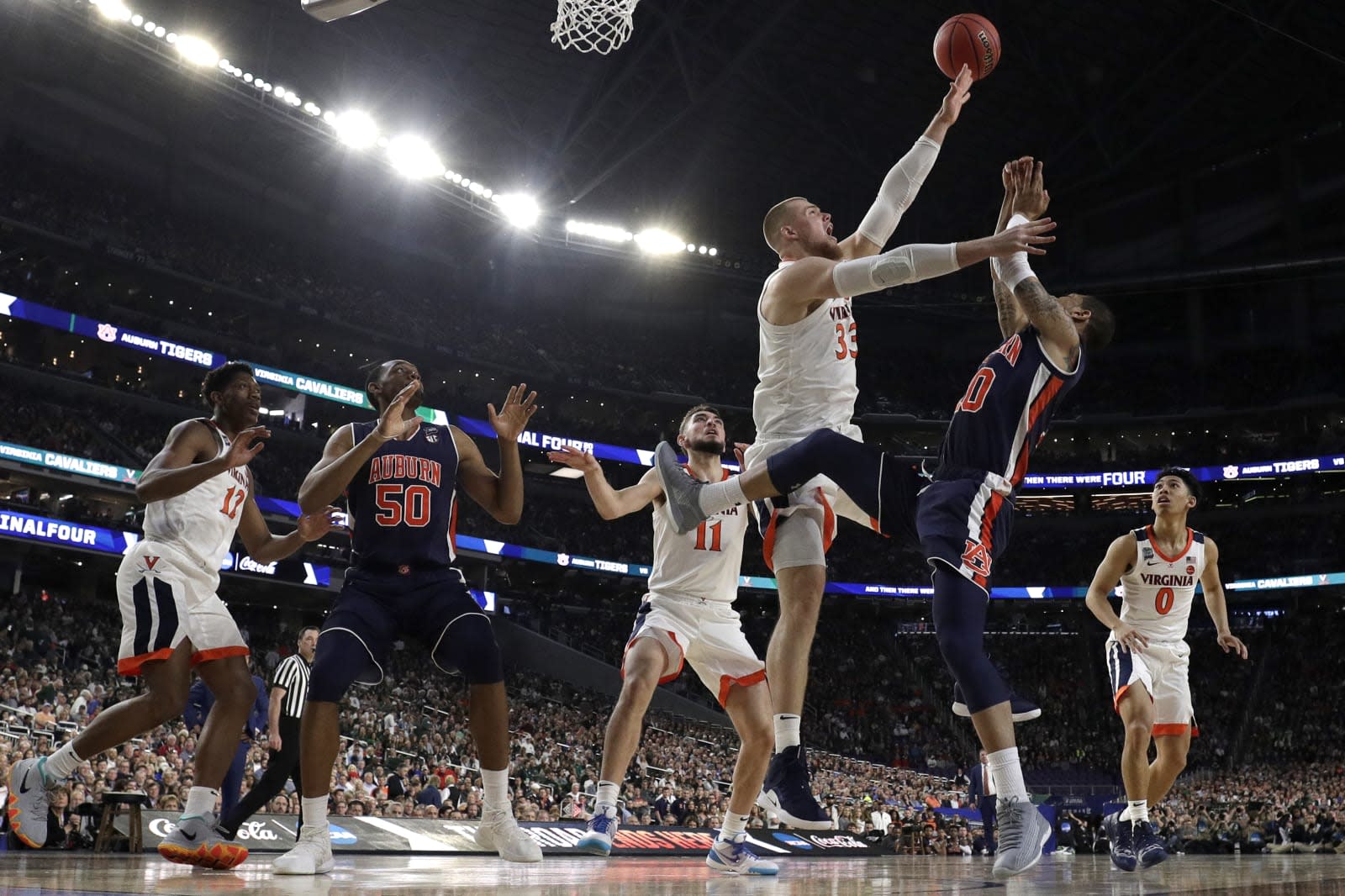 Twitter is following March Madness with a frenzy of coverage for the basketball season's end. The social network is streaming an as-it-happens NCAA Final Four commentary show through @marchmadness, Final Four Twitter Live, starting with the Auburn vs. Virginia game on April 6th (that's right now, if you're watching in time) and wrapping up with a championship show on April 8th at 9PM Eastern. Whenever you tune in, the Turner Sports-produced show will "highlight" the Twitter discussions around each game using a host of analysts, reporters and special guests (such as Tiki Barber and Takeo Spikes).

If you happen to be using Twitter at one of the games, you're in for an extra treat. The company is taking advantage of its revamped camera app to suggest hashtags for given matches. You won't have to worry that fans or commentators will miss a snapshot when they're looking at tags. In a sense, this is the first big litmus test for Twitter's camera upgrade -- it'll show whether or not people are more likely to tag their shots and create a more relevant photo stream for sports fans.

In this article: basketball, entertainment, final four, internet, live streaming, livestreaming, march madness, ncaa, social network, social networking, sports, turner, turner sports, twitter
All products recommended by Engadget are selected by our editorial team, independent of our parent company. Some of our stories include affiliate links. If you buy something through one of these links, we may earn an affiliate commission.