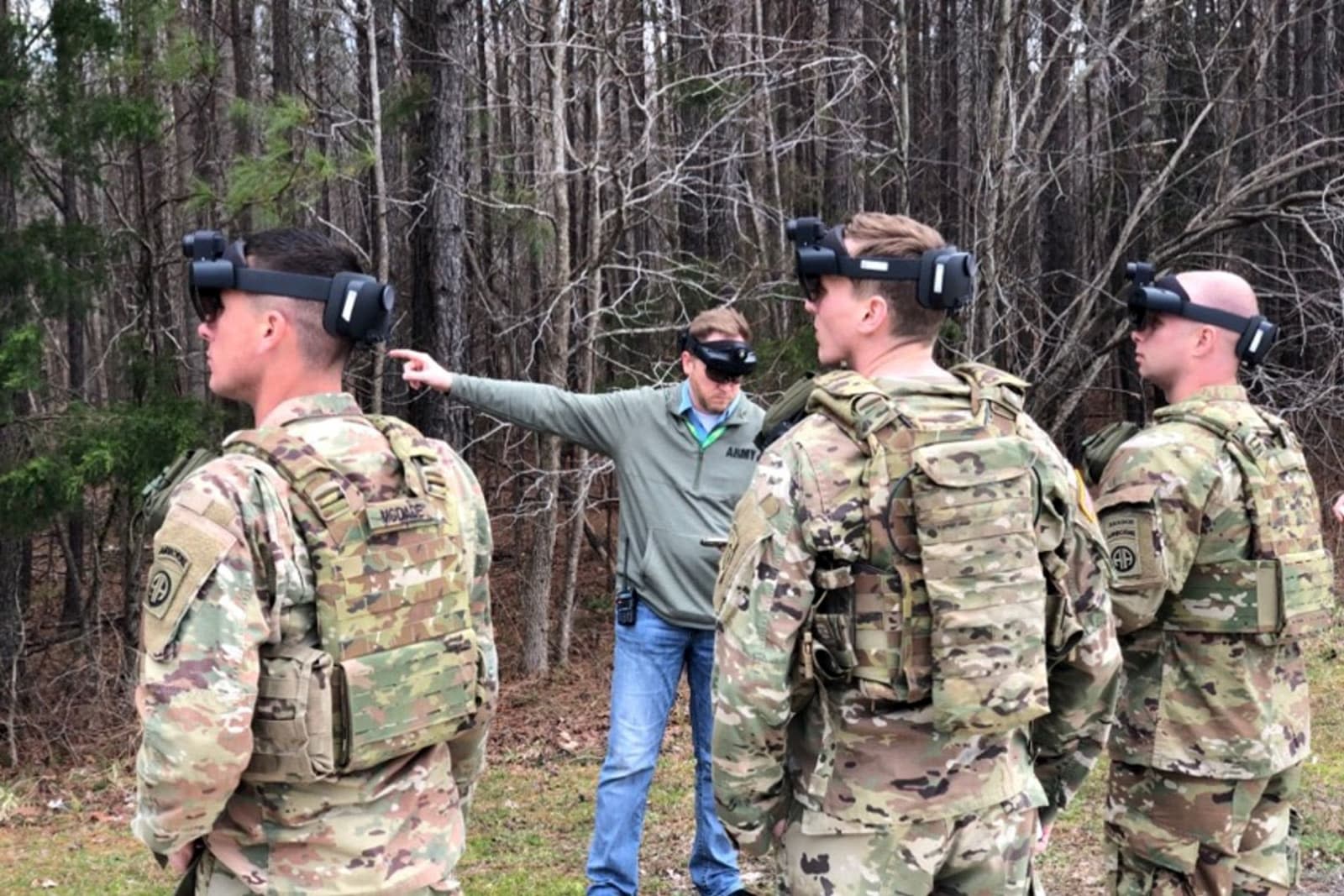 When Microsoft employees balked at the company's $479 million HoloLens contract with the US Army, it raised a question: just what would this system look like? You now have a better idea. The Army has given CNBC an early demo of its Integrated Visual Augmentation System, which uses a modified HoloLens 2 to provide both combat assistance and training. It reportedly feels like a "real-life game of Call of Duty" -- you can see your squad's positions on a map, a compass, and even your weapon's reticle. Thermal imaging would help you see in the dark without as much of a telltale glow as existing night vision headsets.

In training, IVAS can also provide data to improve performance, such as a wearer's gaze and heart rate. Instructors could coach soldiers on their aim or room-clearing techniques, for instance.

The existing HoloLens 2 is currently too big to work with existing helmets. However, one Army leader expected a sunglasses-sized unit inside of six months. We wouldn't count on that (it'd likely involve moving many components to outside the helmet or the soldier's body), but development on IVAS has only been going on for a few months. "Thousands and thousands" of soldiers could be using IVAS by 2022 and 2023, Under Secretary of the Army Ryan McCarthy said, with a wider deployment by 2028.

The demo was clearly meant to sell people on the concept and allay the concerns of those who see this as twisting peaceful technology into a destructive tool. Unsurprisingly, McCarthy doesn't perceive it that way -- he argued to CNBC that the improved battlefield awareness could minimize civilian casualties. One of the soldiers involved in the test also said this really amounted to consolidating "multiple systems" that can only handle some of what IVAS does. Microsoft isn't likely to shy away from defending the contract, then.

However, this doesn't really change some of the core objections from Microsoft's staff and other critics. Part of their issue is simply that Microsoft committed to a military project without any input. The showcase may take some of the sinister edge off the technology, but it's not going to give workers a say.

In this article: army, augmented reality, gear, hololens, infantry, IVAS, microsoft, military, mixed reality, personal computing, personalcomputing, soldiers, training, us army, wearables
All products recommended by Engadget are selected by our editorial team, independent of our parent company. Some of our stories include affiliate links. If you buy something through one of these links, we may earn an affiliate commission.