Each has a personality of its own.

With legitimate economic uncertainties for some of us, paired with predictions of a dystopian end of days at their hands, tech like robots, AI and automation have earned a bad rap. Sony has taken a soft-touch approach when it comes to robotics, perhaps best illustrated by its iconic electronic pet, Aibo. It's just one effort from a company that has seen a resurgence over the last few years, not just through a redesigned robot dog, but also its work on self-driving car sensors.

Alongside CES and the other usual tech shows, Sony has been attending Milan Design Week for the past few years, and this time its lofty concepts touch on artificial intelligence, robotic empathy and how we're all going to feel about it. I wouldn't say I walked away with any answers, however.

At a technicolor event space in central Milan, I walked through an unremarkable body-tracking corridor that turned my movement and limbs into stick figures. I hurried on to the next section, called "Autonomous," which manifested the "independence and free will of robotics" in a caged pendulum.

Moving with a curious combination of natural, gravity-based swings and internal programming, the pendulum reacted to the various humans shifting around it. I think this was meant to illustrate how natural behaviors can be replicated and subverted by robots. But I'm only half sure. 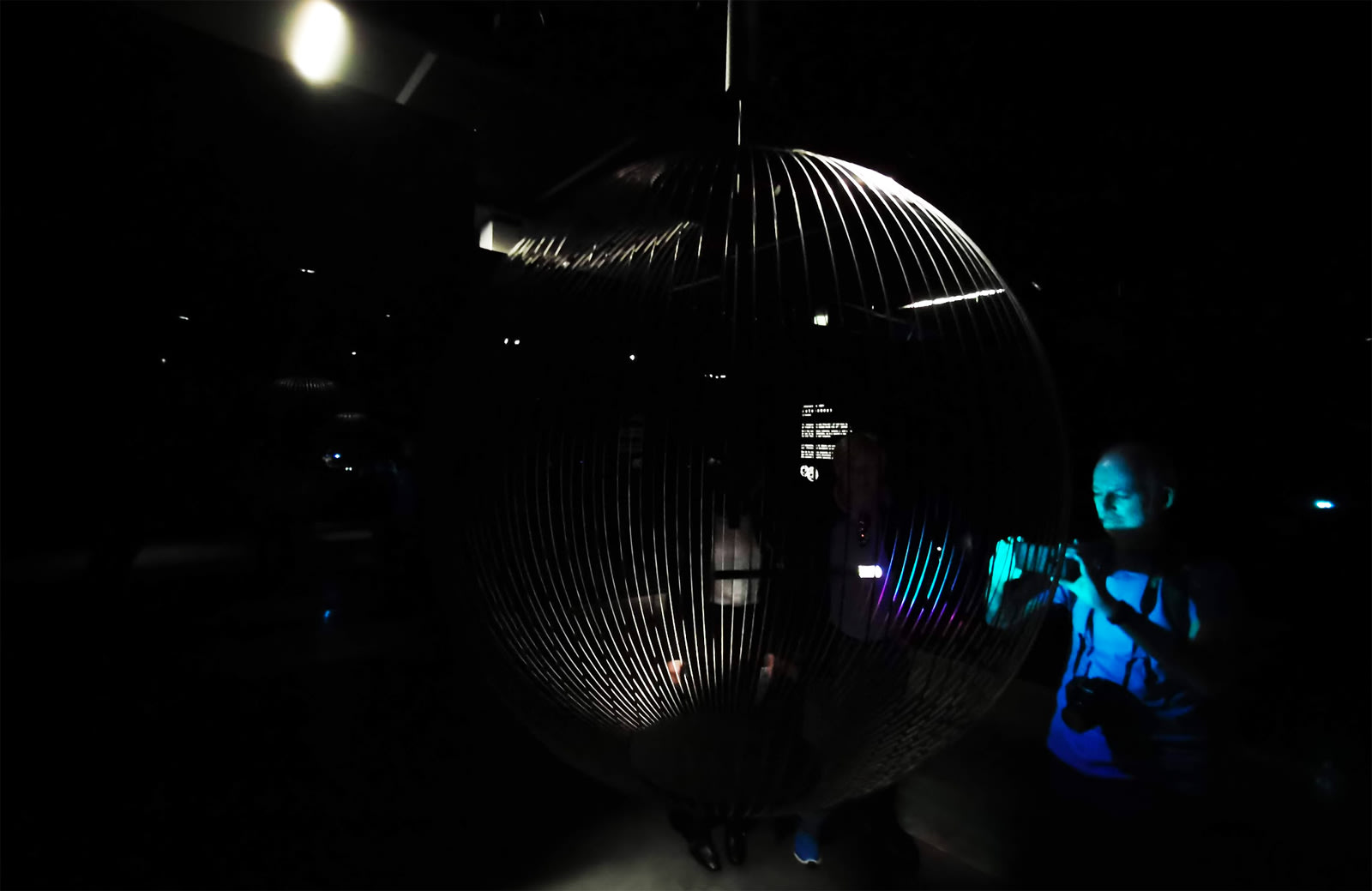 "Accordance," the next part of this installation, was the most fascinating. Sony filled the floor with white spheres of differing sizes, with about half of them wobbling around a group of enraptured attendees.

According to Sony, each sphere has its own set of behaviors and personality, which was reflected in how these giant Spheros behaved around each other and the human interlopers that entered their midst. Above, overhead depth sensors and cameras were picking up information on where I sat or stood.

The larger-sized balls were, unfortunately, the most... independent. They neither approached me when I was seated, nor did they react to my prods. The smaller ones had a few behaviors. Once they were aware that I was sitting them, they approached me, bumping up against my legs. A few others stayed close to each other. If I tried to separate them, they'd soon join together again, like magnets.

Then it hit me. This all felt like the conceptual, esoteric tech equivalent of a cat cafe. This simple system offered enough variance in white ball "personality" to at least entertain me. I wouldn't go so far as to call it affection, though. They each needed a face. 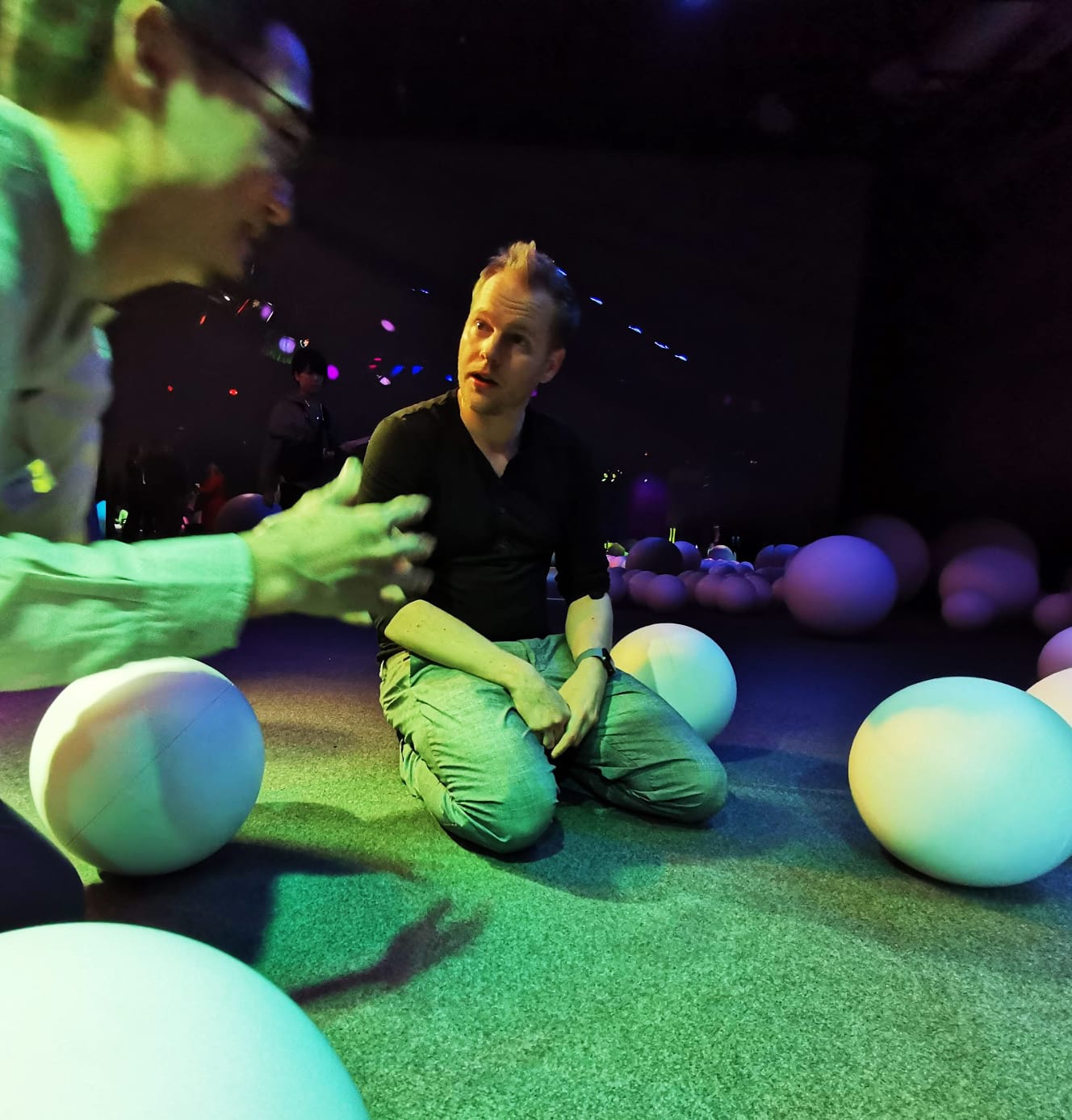 Enter "Affiliation": Robots evolving to interact with humans, robots appearing "more alive" and, to demonstrate it all, Aibo. We've discussed Sony's mascot plenty. This time, however, it offered a glimpse into what's going on behind those OLED eyes.

The table had a read-out of traits like fear, anger, happiness and safety. These modulated depending on your interactions with the robot dog, and what it sensed around it. If it spotted a new face, then it might feel anxious, unsure of what was going to happen next. 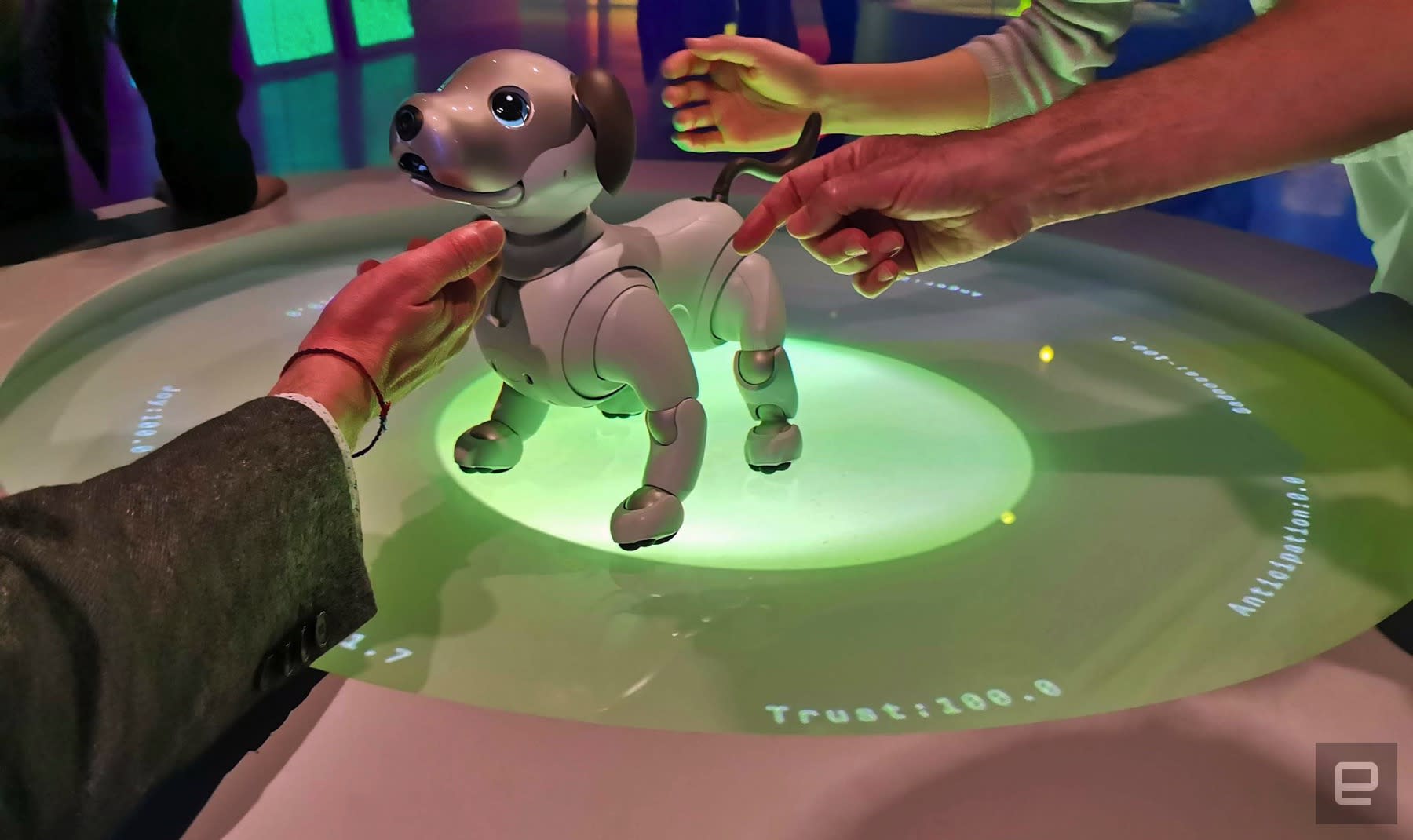 The final section, "Association", had chrome-polished cube consoles that approached humans, detected their height and adjusted their own height accordingly. Then it asked you to fill out a questionnaire. Sony itself can't say how our robot future will fuse with humanity. The relationship between them and us is only just beginning. The company's Milan Design Week exhibition keeps things eccentric, friendly and safe. That seems like a wise approach for now.