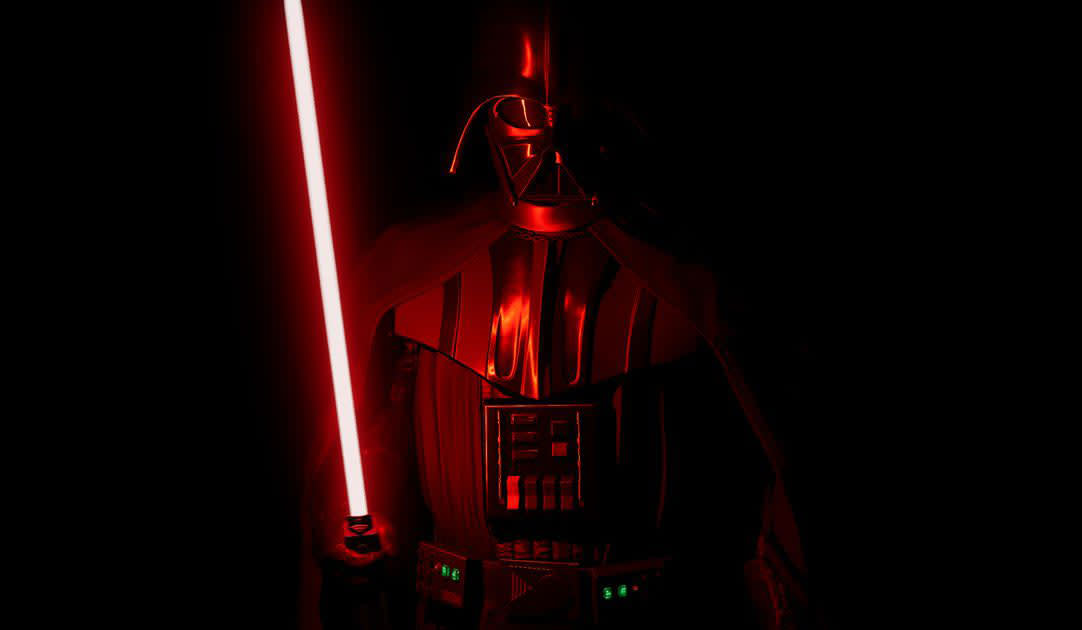 One of the launch titles you'll get to check out on Oculus Quest when it arrives this spring is Vader Immortal, a virtual reality series set in the Star Wars universe. Rift and Rift S owners won't miss out, though -- the game is coming to those headsets too, as revealed at Star Wars Celebration alongside a trailer for the first episode.

You'll play as a smuggler operating near Mustafar, the planet on which Vader has set up home in a giant fortress. The Sith Lord captures you at the beginning of the episode and tasks you with a mission. You'll get to explore the base and you'll eventually find a lightsaber with which to do battle. It should take you between 45 minutes and an hour to finish the first episode, though there's a standalone mode called Lightsaber Dojo, where you'll be able to wield the legendary weapon in open-ended play.

The three-episode series takes place between Revenge of the Sith and Rogue One in the Star Wars timeline. Scott Lawrence will become Vader once again after voicing him in several other games, while Maya Rudolph will play a droid named ZOE3.

"Much in the way Alan Tudyk did with K-2SO, we needed somebody for this role that could create a unique character using their improvisation and performance skills," writer and executive producer David S. Goyer said. "Maya truly was the first person we thought of, right from the very beginning, and her contributions and sense of humor have guided ZOE3 every step of the way."

In this article: av, entertainment, gaming, ilmxlab, maya rudolph, mayarudolph, oculus, oculus quest, oculus rift, oculus rift s, oculusquest, oculusrift, oculusrifts, scott lawrence, scottlawrence, star wars, star wars celebration, starwars, starwarscelebration, vader immotal, vaderimmotal, virtual reality, virtualreality, vr
All products recommended by Engadget are selected by our editorial team, independent of our parent company. Some of our stories include affiliate links. If you buy something through one of these links, we may earn an affiliate commission.