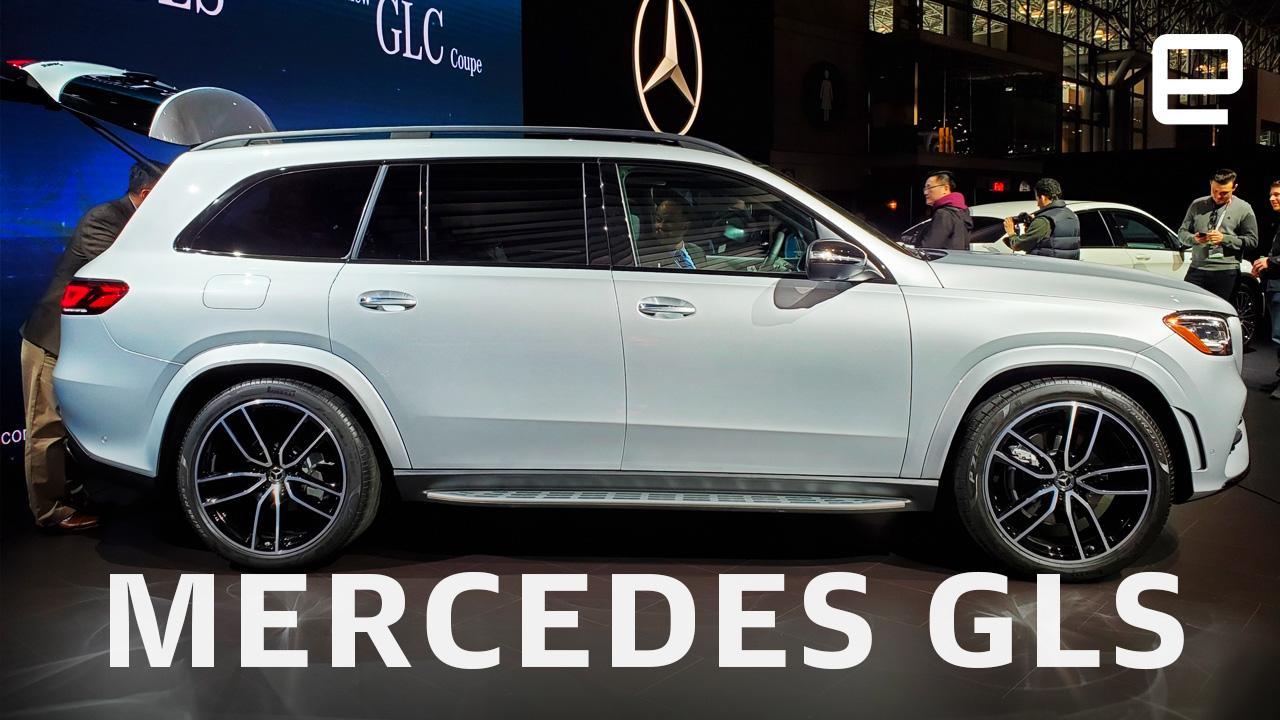 If you're looking for a classy, far-from-huge Mercedes crossover that goes easy on the environment, there's the EQC. If you're the type that routinely needs to ferry around eight in relative luxury, though, your best bet is probably Mercedes-Benz's new GLS-class. While it isn't quite as big as the luxury liner that is the Lincoln Navigator, the new GLS 450 and GLS 580 are still among the biggest vehicles in Mercedes' 2020 lineup, and they're flush with the sort of niceties you'd expect out of a truly premium people-carrier.

But first, we need to talk about power. The GLS 450 is the more subdued of the two models, with its turbo 3.0L inline-six engines -- it's enough to produce 362HP, though those with lead feet should probably splurge on the GLS 580 and its 4.0L twin-turbo V8.

Thankfully, both versions of the GLS available at launch will sport Mercedes' 21HP EQ Boost assist system, which helps the otherwise-standard combustion engines in these with acceleration. When all is said and done, you can expect the 580 to hit 60 in 5.2 seconds, and the very slightly pokier 450 to do the same in just under 6 seconds. If you're even considering something like the GLS, though, you're probably a responsible adult with people in your life you need to ferry around pretty regularly.

Flooring it, while awesome, is especially ill-advised when the GLS is loaded up with a full complement of passengers. The 450 and 580 can comfortably squeeze up to seven people into its sturdy body, though people trying to get into that third row of seating are in for a wait. Rather than a manual fold-down mechanism, Mercedes went with seats that expand and contract at the press of a button -- it's a nice touch and all, but it's much slower than you might expect. Ultimately, that might not matter once everyone's inside, since the GLS's third row is heated (a first for the automaker) and packs a full complement of USB ports.

Naturally, Mercedes made sure the driver has their share of gadgets to control, too. There are up to two 12-inch displays up front -- one acts as the instrument cluster while the optional extra controls climate and the infotainment system -- and the GLS packs the company's proprietary MBUX interface. In general, it's a pleasure to use, though getting it to properly interpret voice commands can still be sort of a pain.

And let's not forget about Mercedes-Benz's profoundly absurd Energizing Comfort features, which can turn the inside of the GLS into a sea of tranquility by combining ambient lighting, air fragrances, music, massaging seats and climate control tweaks in different ways. Yes, it's a little much, even for an optional add-on. Slightly more practical is the Car Wash mode that we now wish came standard on every car -- it folds the GLS's side mirrors up against the body, raises the suspension so all those water jets can clean the car's fiddly bits, and even enables a 360-degree camera in case you want an even better view of what's happening. In an age where automakers wage war to see who can be the most extra, Mercedes might just have a crucial leg up on the competition.

In this article: cameras, gear, gls 450, gls 580, mercedes, mercedes benz, new york auto show, New York Auto Show 2019, transportation
All products recommended by Engadget are selected by our editorial team, independent of our parent company. Some of our stories include affiliate links. If you buy something through one of these links, we may earn an affiliate commission.