The Anker Roav Bolt is an affordable way to bring Assistant in your ride.

One way to get Google Assistant into your car is to simply buy a car with Android Auto. Of course, that's not exactly practical, and it doesn't help if you're looking for something a little older. You can also install the Android Auto app on your phone, which works well if you have a car mount. A few months ago, however, Google announced another possible solution: a line of aftermarket auto accessories that will offer yet another way to bring Assistant into the car. It's partnering with third-party manufacturers to do so, and the first is Anker's $50 Roav Bolt. We gave it a brief spin recently, and though it has a few issues, it does appear to be an easy and affordable way to get Google Assistant in your ride.

The Roav Bolt itself is a pretty simple device that sticks into your car's cigarette lighter socket (also known as the 12-volt port). It has a couple of USB ports on the side for charging your phone and there's an AUX jack as well. On the top are four LED lights that'll light up to show you it's working -- blue indicates pairing mode, orange is when it's looking for a connection, green is for an incoming call and white is when it's listening to you. Although you can just say "Hey Google" for Assistant to kick in, there's also a physical button that you can press to skip that step. If you want to reset the Bolt or put it in pairing mode, you can long-press that same button.

Setting the Roav Bolt up is relatively easy, but there are a few caveats. For one thing, it only works with Android phones for now -- iOS compatibility is in the works, but that's still very much in beta at this point. To install the Roav Bolt, I plugged it into my car's 12v port, and it immediately went into Bluetooth-pairing mode. After connecting it to my Pixel 3, the Google Assistant wizard automatically kicked in, and I followed the on-screen setup instructions. 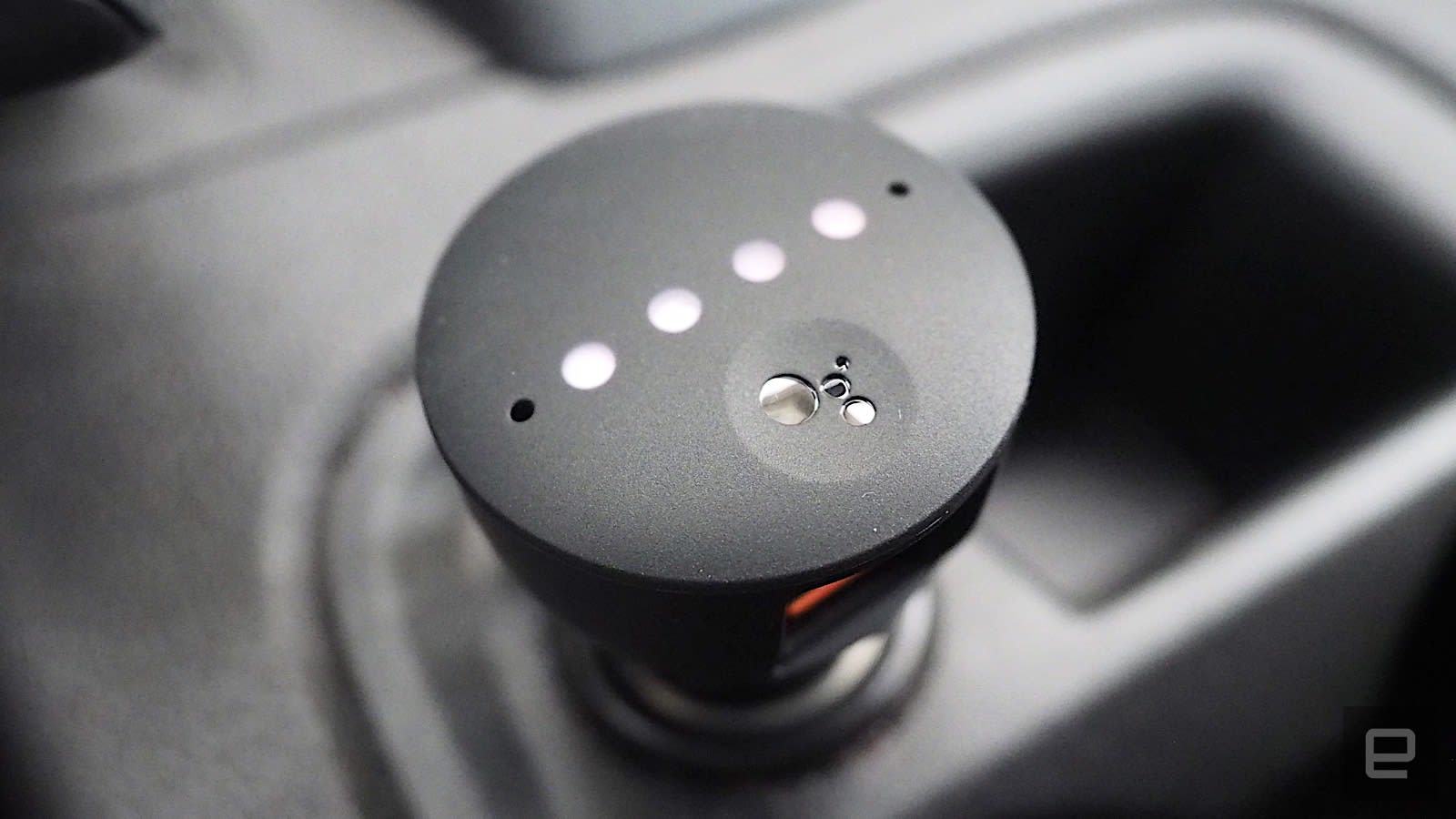 This is where I ran into the other caveat. Though the Bolt works with cars that have both Bluetooth or AUX support, it works best with AUX (it comes with an AUX cable in the package). According to Google, that's because most in-car Bluetooth systems run on older software with poor Bluetooth performance, which will impact the overall experience. Plus, the only way to really experience the Bolt's noise-cancelling features is through AUX. I tried out the Roav Bolt with AUX at a separate Google demo (with a Google-supplied car), and the Assistant did manage to hear my voice commands even over really loud music.

However, my car doesn't have AUX; it only has Bluetooth. So I had to go through an additional step of pairing my phone to my car, which was a bit of a pain. Just as Google warned, my experience was a little hampered due to a slightly older Bluetooth system. After I said "OK, Google," for example, it took a few seconds longer than normal for the Assistant to trigger. As someone who uses Google products pretty regularly, the delay was noticeable, and it took me a little while to get used to it. Additionally, the lack of noise-cancelling means that I couldn't blast my tunes as loud as I would like.

Google says that the Bolt is on standby at all times, which means you don't need to unlock the phone in order to utilize Assistant. Using the Bolt also has very low battery consumption compared to having Assistant open at all times on your phone. 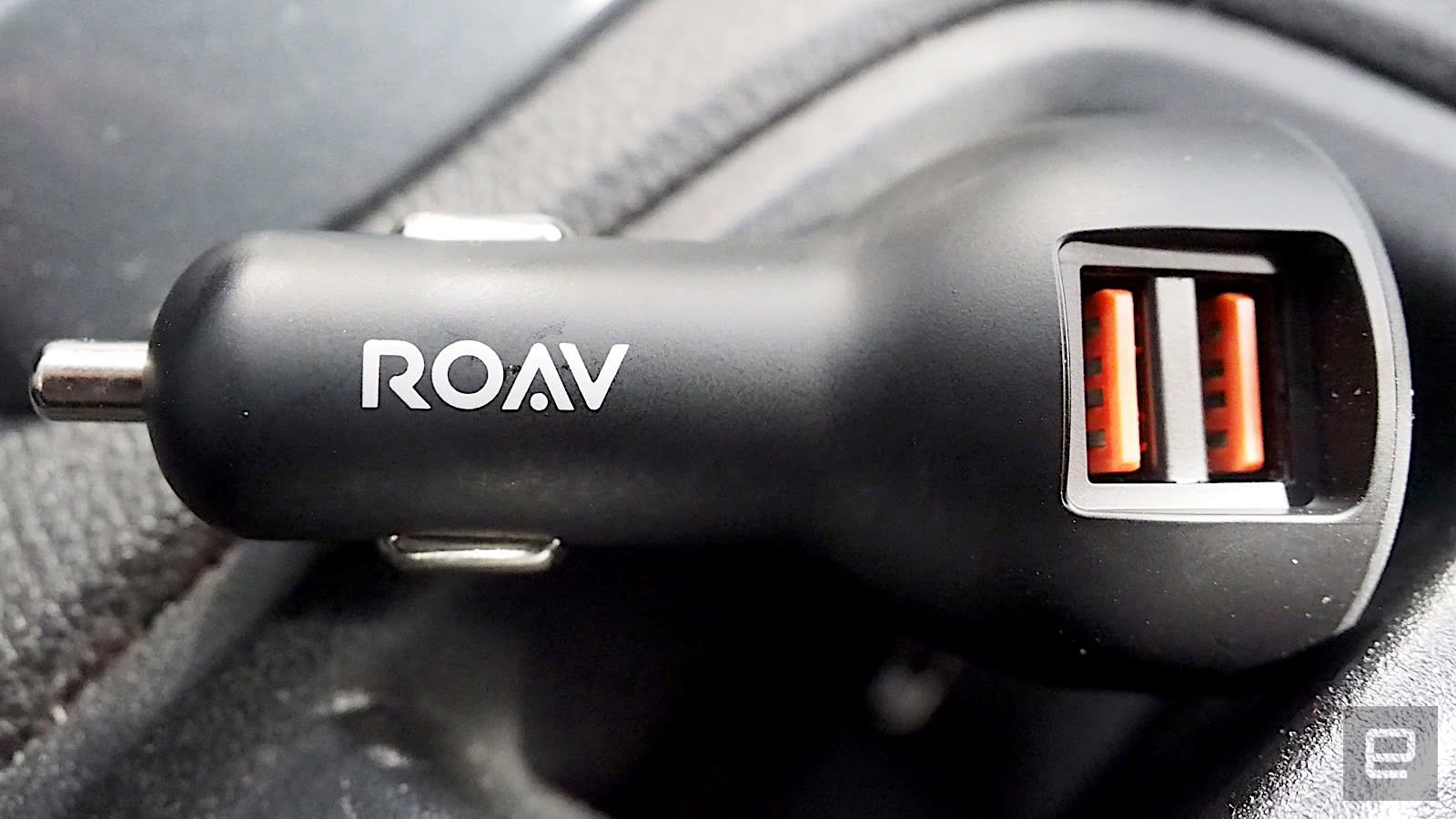 Aside from those few issues though, having access to Google Assistant in the car is actually pretty great. I could ask it to play my favorite songs, use it for directions, make phone calls, read incoming messages, and add appointments to my calendar. It's also great for sharing my ETA with someone or finding a nearby gas station while navigating. Since it's tied to the Google ecosystem, I could use it to turn off the lights in my house, even while on the road. Perhaps my one complaint is that I don't have a screen for the step-by-step directions (looking down at your phone is an option, but that's pretty dangerous to do while driving), but a Google spokesperson said that's easily solved by investing in a phone car mount.

Yet, a car mount is also exactly the reason why you might not need the Roav Bolt. After all, you can access Assistant as well as Android Auto with a regular Android phone. Also, if you have the car in a charging mount, the power issue is easily solved, and you can easily keep it unlocked if you want.

There are two main differentiators that sets the Bolt apart. The first are the far-field microphones with noise and echo-cancelling abilities, which as I mentioned earlier allows for better voice pickup, at least if you decide to use the AUX connection. The other is that it makes it much easier to rely on Assistant for all your interactions in the car, so you can leave your phone in your pocket or your bag if you want. It's essentially a more Google-fied version of existing Bluetooth dongles, with a greater emphasis on voice and the Assistant. And if you don't want a car mount but still want access to Assistant, then the Bolt does fit that niche. 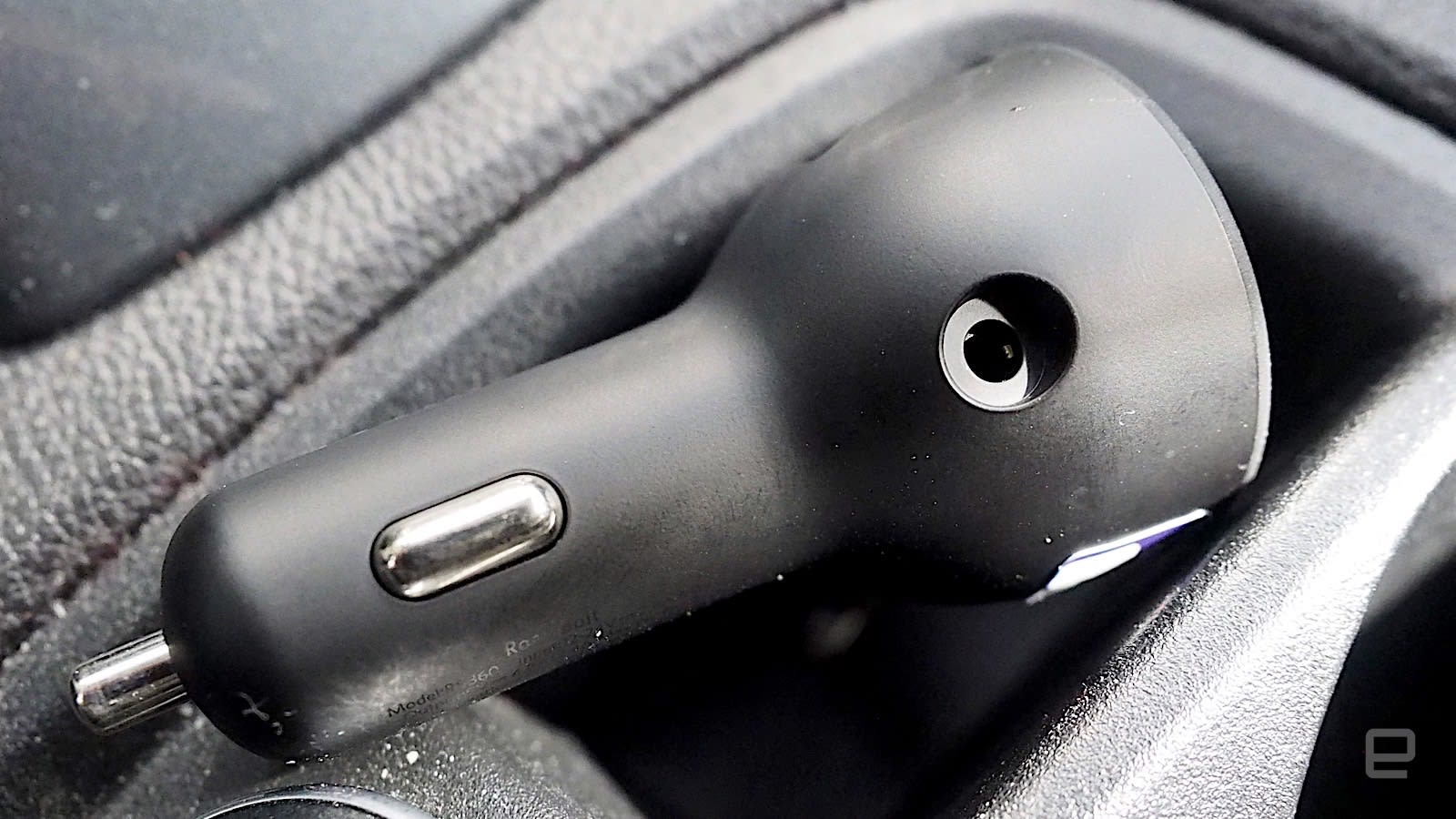 It bears mentioning that, since the Roav Bolt relies on your car's Bluetooth or AUX port, you won't have access to the rest of your car's infotainment system. So, no playing Sirius radio while using Google Maps, for example. That said, this is pretty common if you want to use your phone as the audio source in most vehicles. Even without something like the Bolt, if you use your phone as a GPS, any music has to come via the phone as well. If, like me, you already have a built-in navigation system and only use Bluetooth for the occasional phone call, then relying on your phone as the sole means of GPS and audio might not be as attractive. That said, I do think Google Maps is a far better option than the outdated navigation system in my car, and I like having access to all the other goodies that Assistant offers.

At the end of the day, if you already have an Android phone and an accessory for your car like a mount or a cradle, then the other benefits that the Roav Bolt brings to the table aren't worth the extra cost. The noise-cancelling is a nice perk, but it's not a must-have. What I do think will make the Bolt worth it, however, is if Google manages to make it fully iOS compatible. After all, using Assistant on the iPhone is not very easy -- it's just an app and not fully integrated into the phone. If I could say "OK, Google" and get full access to Assistant on my iPhone, that would be a pretty big gamechanger.

As far as competition goes, you might want to consider Anker's Roav Viva, which is a similar product, but with Amazon's Alexa on board instead. However, it doesn't appear to be compatible with Spotify and according to a few early reviews, you needed to use exact phrasing for navigation to work. Amazon's upcoming Echo Auto might prove to be a better solution, but that's been delayed for now. On the Google front, JBL has a Google Assistant car accessory as well, but that won't be out until later in the year.

The Anker Roav Bolt, on the other hand, is available starting today from all Best Buy locations as well as bestbuy.com and walmart.com. It will eventually be sold at Walmart and Target retail locations as well.