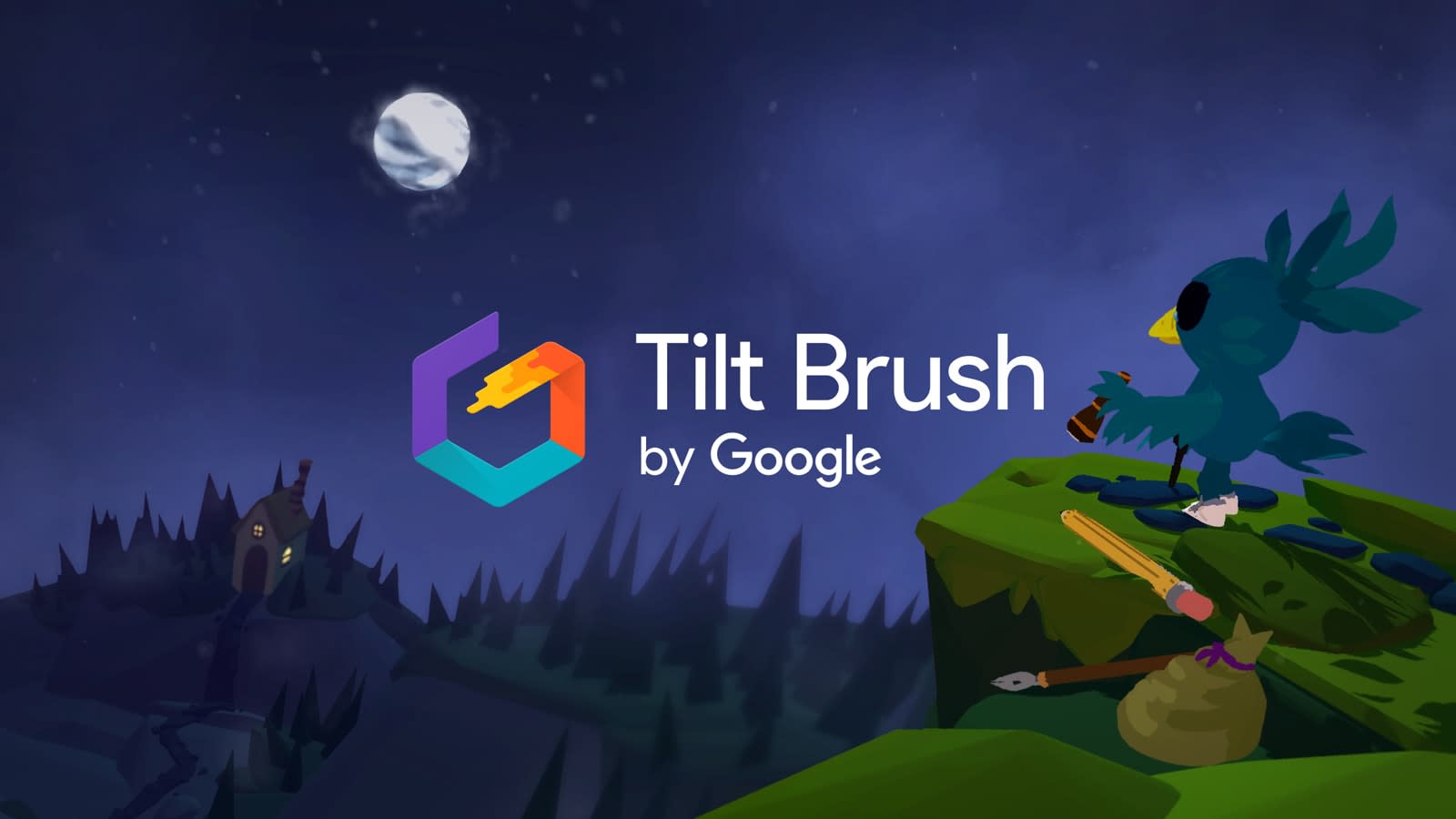 Google's Tilt Brush is available on multiple platforms, but there's been one common limitation: you've had to use a wired VR headset, which puts a damper on your creative freedom. Those cords won't be a problem soon. Google has revealed that it's bringing Tilt Brush to the Oculus Quest, giving you the same core experience without the risk of tripping over cables as you paint your 3D masterpiece. It could well be a device seller, although Google is quick to admit that there are technical limitations associated with jumping from the PC to a headset with a mobile chip.

Most notably, some of the whiz-bang effects are going away. You won't see the same outline effect, and the bloom effect fades out as your project becomes more complex. Google is also chopping PC-specific features such as the Audio Reactive mode. The aim is to create as smooth an experience as possible -- you don't want stuttering when you're creating art.

Tilt Brush will be available sometime later in the spring, roughly dovetailing with the launch of the Quest itself. Along with games like Beat Saber and Vader Immortal, this gives Oculus' stand-alone headset a fairly compelling early software lineup -- if one that largely depends on familiar names to reel you in.

In this article: art, facebook, gear, google, oculus quest, painting, tilt brush, virtual reality, vr, wearables
All products recommended by Engadget are selected by our editorial team, independent of our parent company. Some of our stories include affiliate links. If you buy something through one of these links, we may earn an affiliate commission.