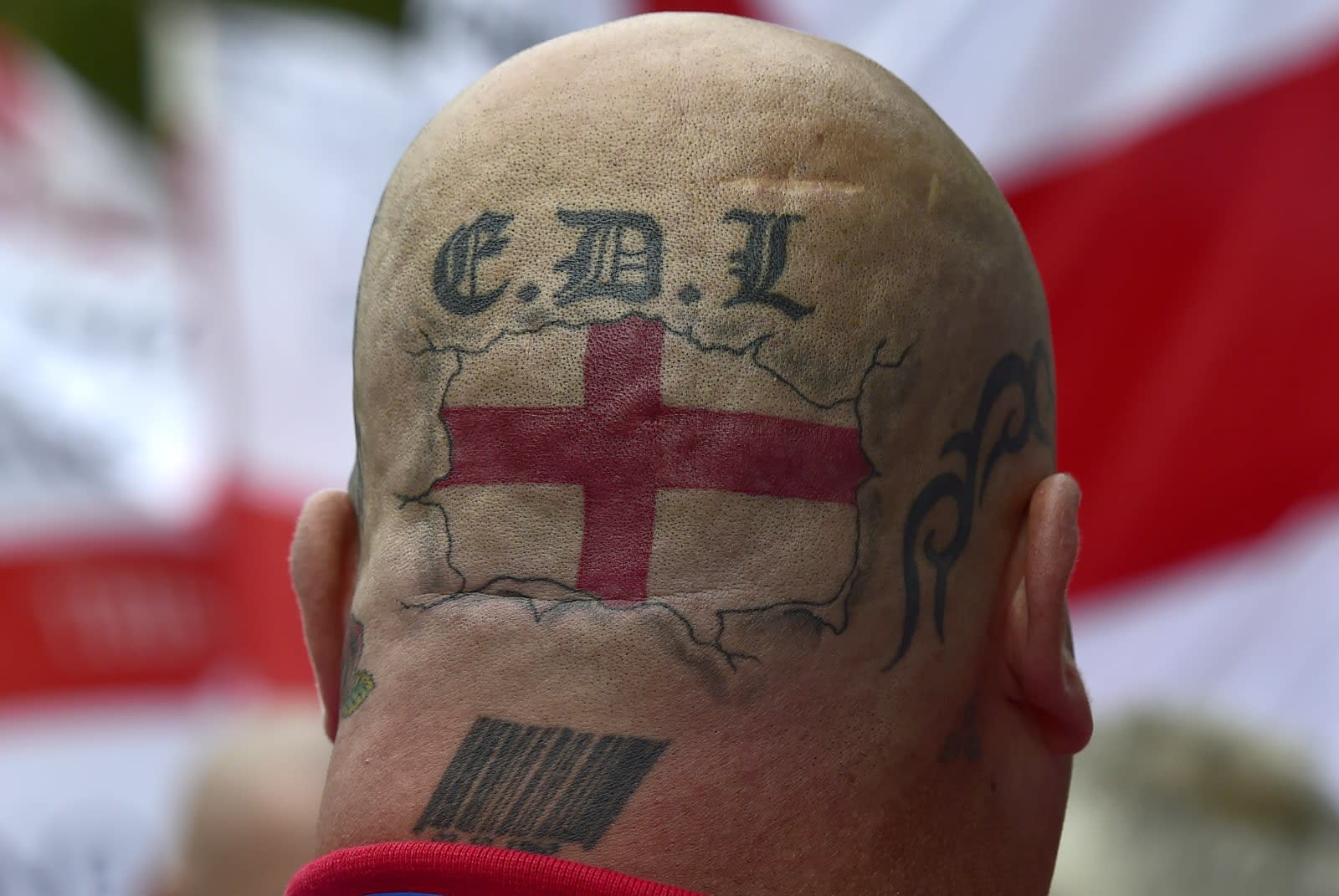 Facebook has banned a swath of UK far-right groups including the British National party (BNP), the English Defence League (EDL) and Britain First. The action is part of its ongoing clampdown on hateful rhetoric, which has already seen it ban former EDL leader Tommy Robinson from its main platform and Instagram.

Facebook says the latest crackdown also extends beyond groups it deems hate organizations -- and who therefore fall under its "dangerous individuals and organisations" policy -- and to posts and other content that "expresses praise or support" for them. The same applies to users who coordinate support for the prohibited groups.

According to The Guardian, a total of 12 individuals and accounts have been banned by the site: the BNP and its former chairman Nick Griffin; Britain First (first banned in early 2018 and now barred from all of Facebook's services), its leader, Paul Golding, and former deputy leader Jayda Fransen; the EDL and Paul Ray, a founder member of the group; Knights Templar International and the far-right activist Jim Dowson; the National Front and its leader, Tony Martin; and the far-right activist Jack Renshaw, a convicted child sex offender and former spokesperson for neo-Nazi organization National Action.

"The individuals and organisations we have banned today violate this policy, and they will no longer be allowed a presence on Facebook or Instagram. Posts and other content which expresses praise or support for these figures and groups will also be banned. Our work against organised hate is ongoing and we will continue to review individuals, organisations, pages, groups and content against our community standards."

This broader action comes in the wake of a report by the UK's Channel 4 News in which it said Leave.EU, a pro-Brexit campaign group, had tried to cover up its efforts to target supporters of the National Front, the BNP, Britain First and the EDL using Facebook ads. The allegations date back to a 2016 report in The Sunday Times, though Leave.EU has reportedly said the groups were chosen by an external agency briefed to find people right across the political spectrum.

In this article: facebook, gear, hate, hate groups, internet
All products recommended by Engadget are selected by our editorial team, independent of our parent company. Some of our stories include affiliate links. If you buy something through one of these links, we may earn an affiliate commission.
Share
Tweet
Share