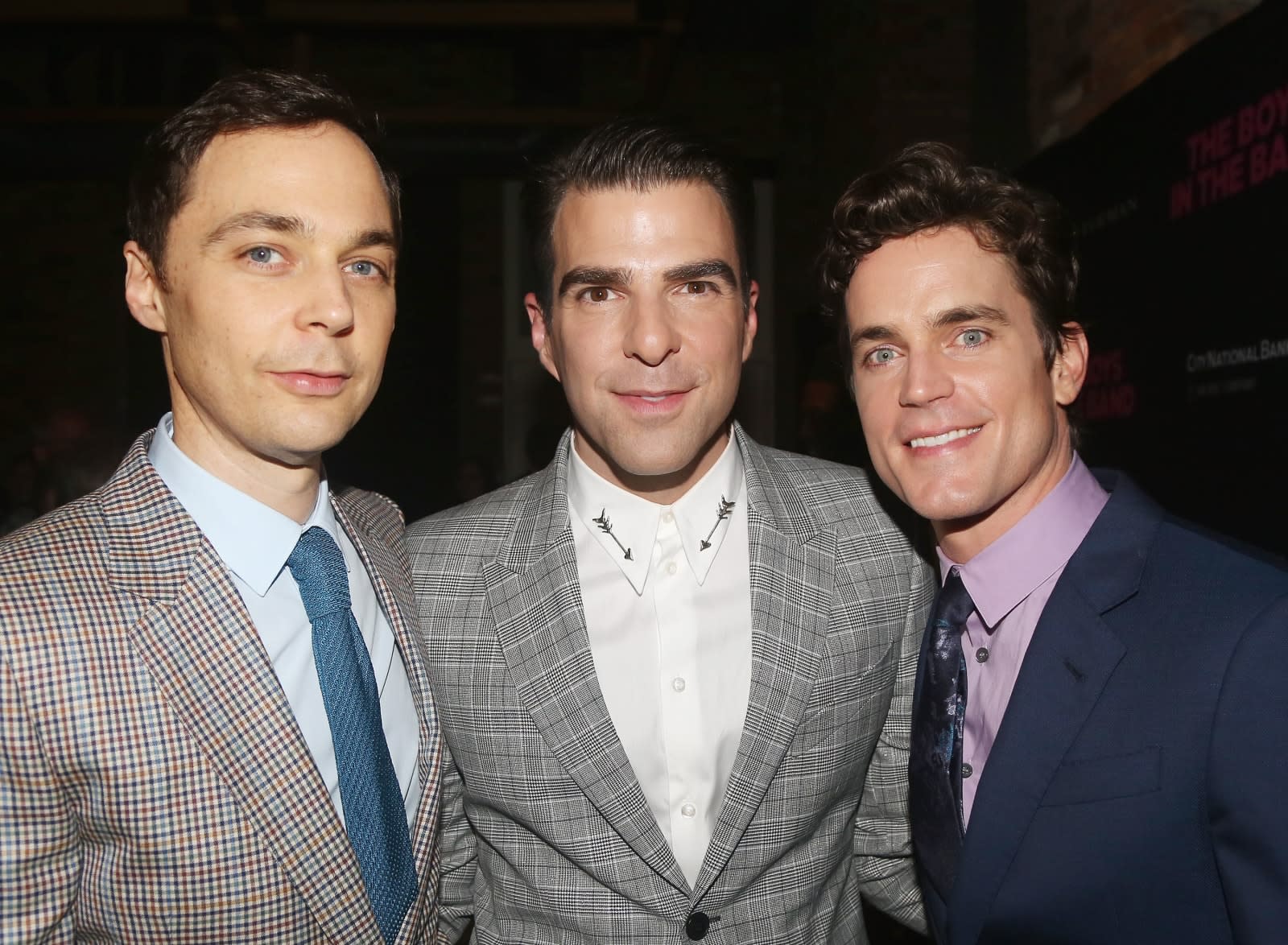 Netflix doesn't have much in the way of theater productions on its streaming platform, with Bruce Springsteen's one-man Broadway show perhaps being the most notable. However, the service is drawing from the stage for an upcoming movie, as it's set to adapt the play The Boys in the Band.

Ryan Murphy, who has a colossal deal with Netflix, is one of the producers, after being involved in the play's 2018 Broadway revival. The starry cast of that production will return for the movie, including Jim Parsons, Zachary Quinto and Matt Bomer. Filming will start in July.

The play, which was first staged in 1968, is about a group of gay men who convene to celebrate a friend's birthday, but tensions and tempers fray as the night wears on. It'll be the second film adaptation of the play, following a 1970 movie that included the original off-Broadway cast.

It might not be the only Broadway-based production coming to Netflix in the future. Netflix was reportedly a potential bidder for a performance of Hamilton filmed back in 2016, featuring the original cast, including creator Lin-Manuel Miranda. It's not clear who won the battle, but that movie won't hit be released until at least 2020, so you shouldn't expect to see it on Netflix (or elsewhere) for a while yet.

In this article: av, broadway, entertainment, hamilton, jim parsons, jimparsons, matt bomer, mattbomer, netflix, play, ryan murphy, ryanmurphy, streaming, the boys in the band, zachary quinto, zacharyquinto
All products recommended by Engadget are selected by our editorial team, independent of our parent company. Some of our stories include affiliate links. If you buy something through one of these links, we may earn an affiliate commission.