With a bit of planning, you won't have to leave the couch all day.

Ugh, when did getting stoned become so much work? Back in my day, there was one kind of weed: whatever strain your dealer had in stock. And there were only three ways to enjoy it: through a perforated apple, rolled up in a crude approximation of a joint, or out of a brass pipe you had a homeless guy buy for you on Haight Street. (Thanks again, Igloo!) Never did I have to worry about whether I had the right kind of charging cable or port adapter, only whether my BIC lighter still had gas. Now I've got to consider indicas vs sativas, THC vs CBD, and whether I want to smoke, vape, sublimate, eat or drink my weed. It's all getting to be just a bit much.

That's why this 4/20, I'm going back to basics. I'm going to roll a couple monster joints and eat as much weed butter-smeared sourdough toast as my belly will hold. Of course that doesn't mean I'm going old school all the way and doing this all by hand. Here are the gadgets I'll be using to stoner-proof the process. 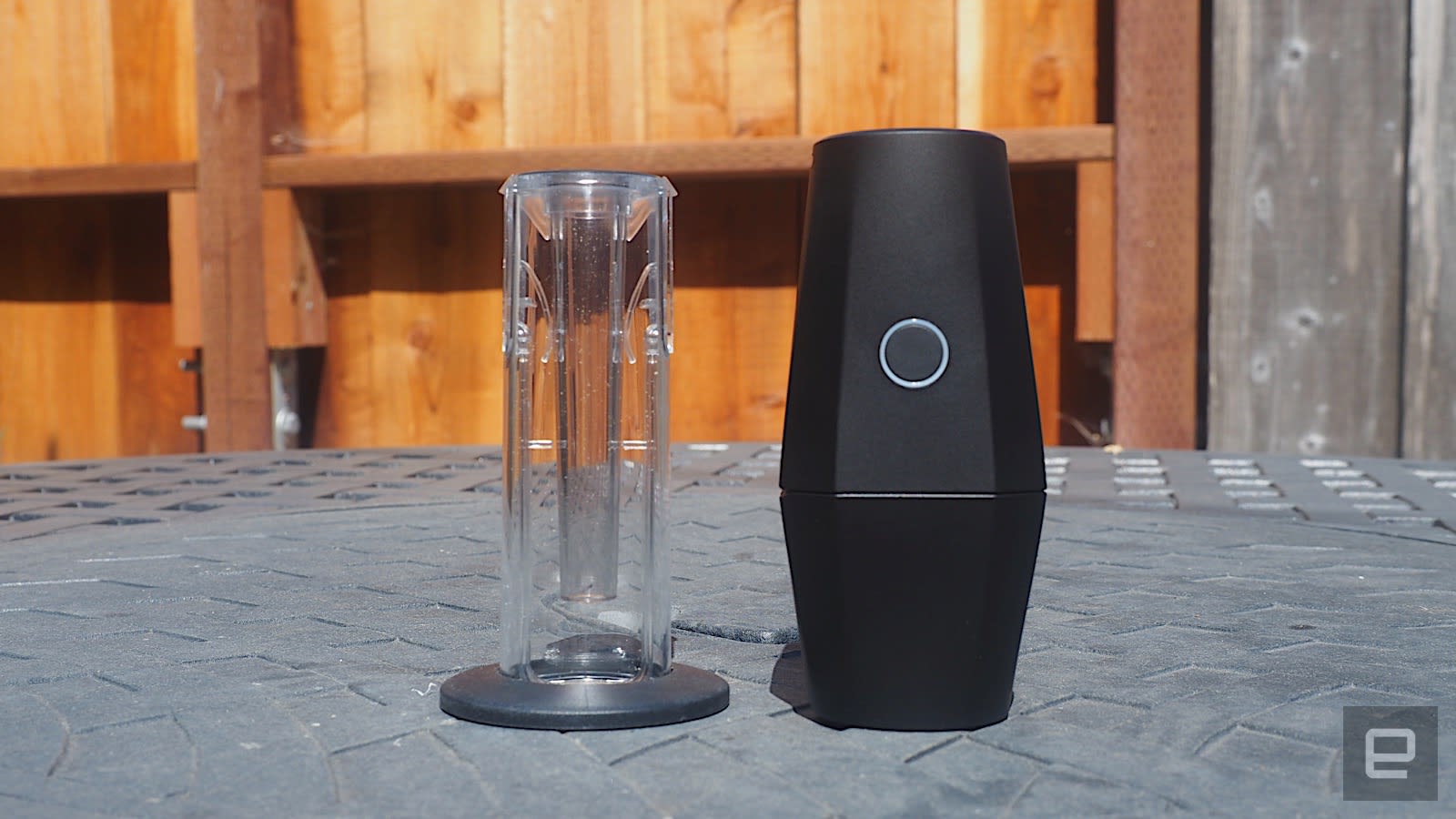 If Pineapple Express showed us nothing else, it's that joint rolling is both a skill and an art form. But the dexterity and muscle memory needed to consistently twist bones that won't run, gum up or go out doesn't come equally easy to everybody -- and sometimes not at all. So rather than spend the 4/20 holiday watching YouTube tutorials on the subject (unless that's something you're into), why not just have the OTTO AI-enabled robotic weed grinder roll you a nice cone j so you can get on with your green day?

The $130 OTTO grinder from Banana Bros is officially dubbed an "automatic cone-filling machine," which is accurate. The machine consists of two halves: a transparent plastic base that holds the pre-rolled cone and a electric-powered AI-controlled mechanical grinder that sits atop it. The grinder itself weighs about a pound and hinges open to reveal a pair of spring-loaded grinder plates.

Using it is super simple. Once you've charged the unit up with the included USB 2.0 cable, open up the grinder and pack a couple nugs in. You don't even have to destem the nugs before you put them in, the OTTO's aluminum teeth chewed through the thickest-stemmed and stickiest buds I could throw at it. That's actually where the AI comes in. The OTTO's onboard CPU tracks the amount of tension and resistance the grind plates are experiencing, then automatically adjusts the power output to compensate. This allows the machine to consistently achieve a fine particulate grind without turning it into weed dust.

Next, place one of the pre-rolled joint casings (each unit comes with a pack of 20) into the lower half of the unit, set the grinder on top so that the magnetic lock seals and press the activation button on the front of the unit. The grinder will automatically powder those nugs, which falls through the bottom, into the waiting casing. Once the grinder has done its duty, tap the unit on the tabletop a few times to settle and pack the weed, separate the grinder halves to pop out the joint, twist off the end and you're ready to smoke.

I love how easy it is to use and how it cuts out a bunch of the tedious grunt work that goes into making a joint. There's nothing to measure, chop, separate, grind, lick or shape. Just shove some weed into one end, a cone into the other and push a button. The battery is surprisingly robust, lasting long enough to roll out an eighth into three chubby 110mm bats. My only major complaint is how top heavy it is and how readily it can be knocked over. One tumble off your coffee table could spell the end of this autogrinder. 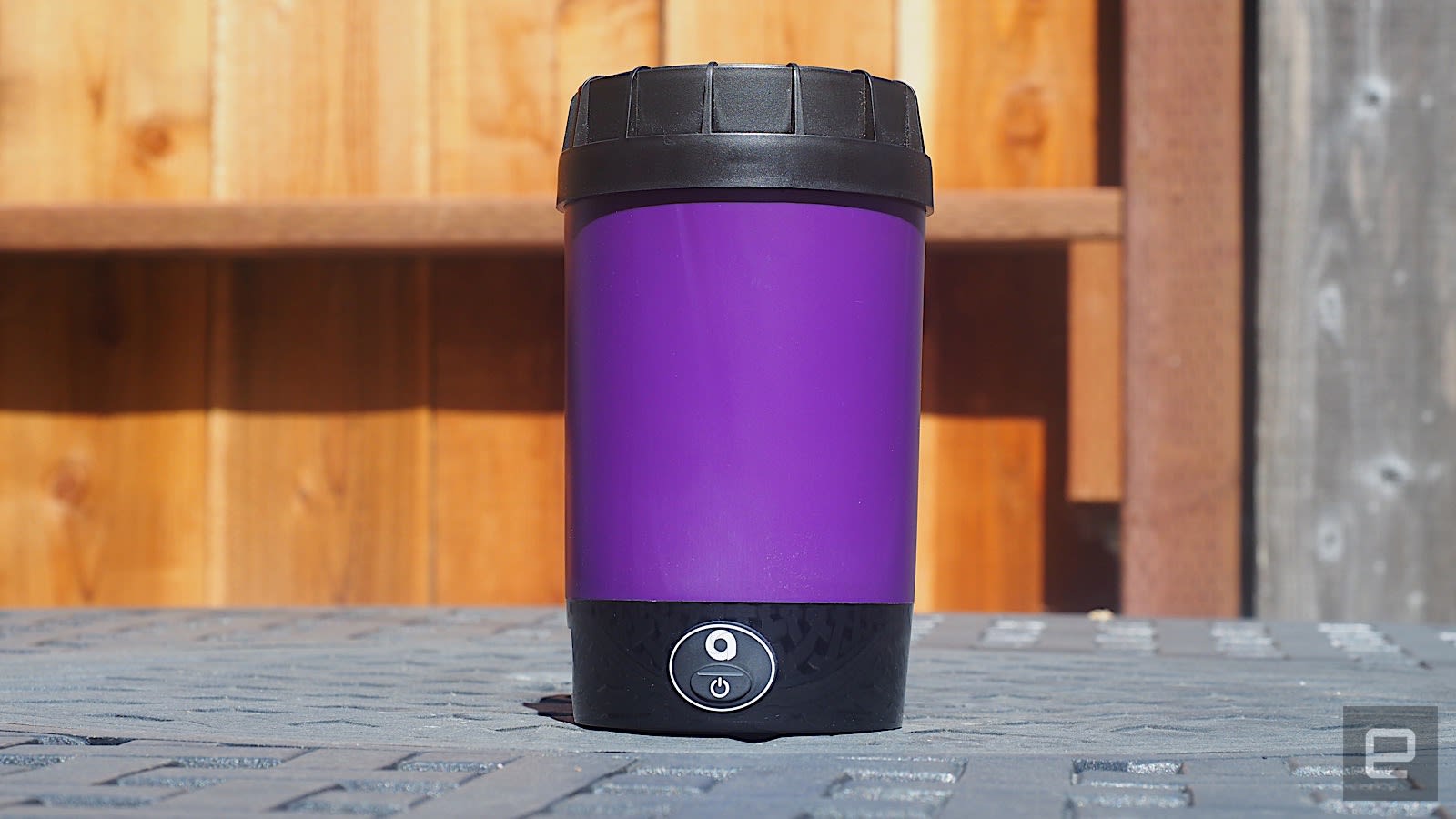 Joints aren't the end all, be all of cannabis consumption, mind you. Some folks dislike the smell, others are unable to due to health issues or an overzealous HOA. This, of course, is where edibles come in. But before you can start baking up a batch of magic brownies, you first need to activate the THC in your nugs from its natural THC-A state. Leafly has a solid explainer as to why.

Traditionally, this is done by spreading the weed out on a baking sheet and slow roasting it in the oven for an hour or two at low temperatures. This is the simplest method but also the least accurate and most difficult to control. This is part of the reason we have automated infusion gadgets like the $175 MagicalButter Machine, which sounds like a swarm of bees stuffed into a disposal and thrown into a tornado when it's in operation, or the pricey-but-versatile $350 Levo II.

The new THC activating machine on the scene is the $215 Ardent NOVA Decarboxylator. Roughly the size of a large travel mug, the NOVA holds up to an ounce of unground flowers or up to five ounces of kief. And since you're not smoking the end results, there's no need to pre-grind or destem your nugs before stuffing them into the NOVA. (Though you will need to crush up the activated nugs before cooking or consuming them.)

The process, and I know I say this a lot, is simple. Take the aluminum interior canister out of the device, fill it with weed, put the silicone slab on top, put it back into the main unit, screw on the exterior cap and push the button to start the process. Then it's a matter of waiting an hour or two -- the device monitors the decarboxylation process internally and requires no user input -- until the NOVA decides it's done and the status light turns green. Wait for everything to cool down a bit and you're rewarded with ready-to-cook cannabis. Heck, you don't even need to cook it. If you toss those nugs back into the device along with a suitable cooking oil and run the machine again, it doubles as an infuser. Best of all, the NOVA is both silent in its operation and completely odorless.

Ardent also sells add-on infusion kits that include everything you need to make weed-coconut oil for baking, green olive oil for sauces, or goat's milk caramel for a stoner desert. All you have to do is provide the cannabis. These add-on kits are handy if you're giving the NOVA as a gift but they're by no means requisite.

Between these two mean green machines and some mood altering vape pods we should have no problem safely, sanely and successfully celebrating the High Stoner Holiday. Happy 4/20, y'all!