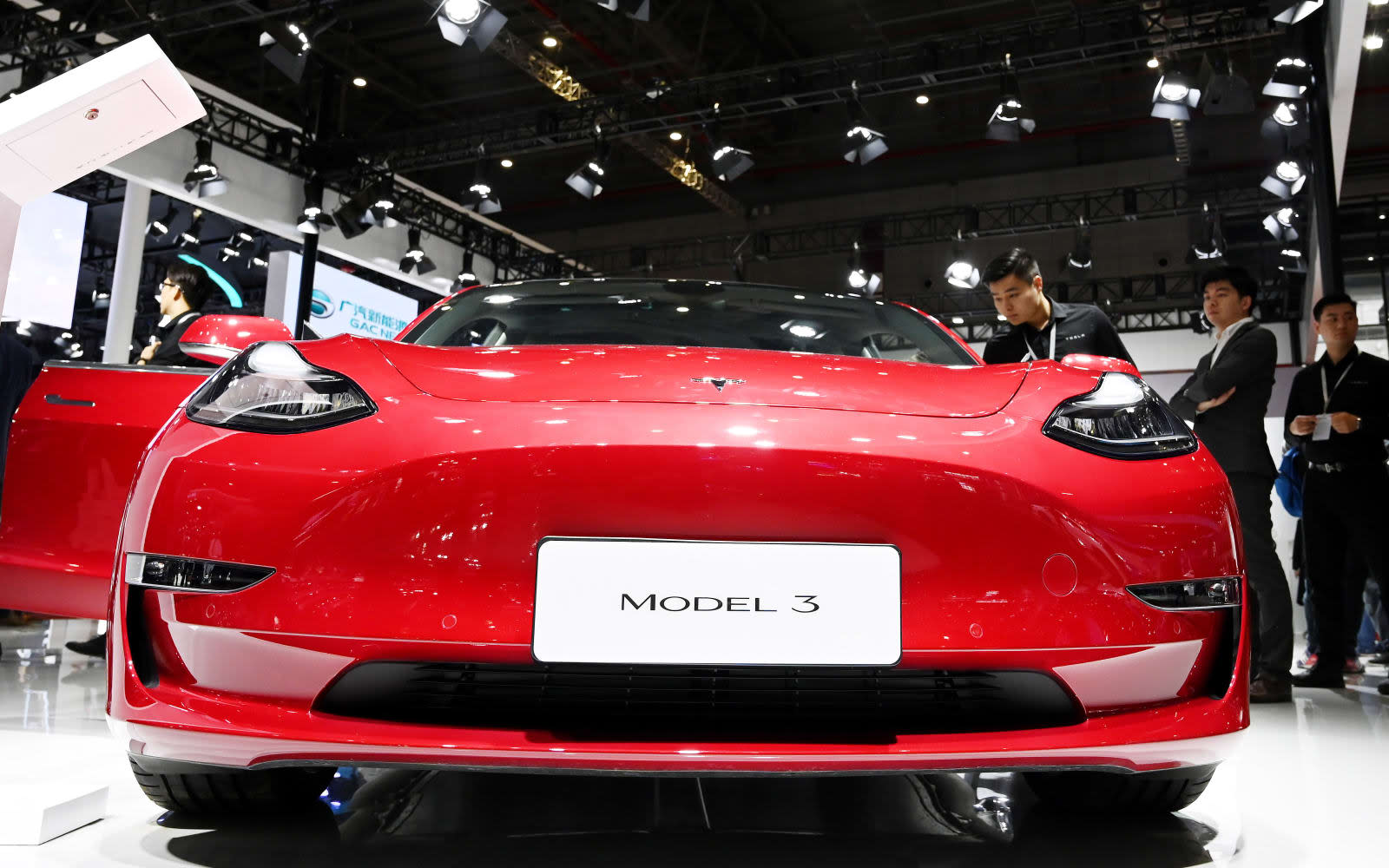 Tesla is giving potential buyers the chance to get Model 3 deliveries within days instead of weeks. As first reported by Electrek, the automaker has made its inventory Model 3 vehicles available for browsing online. The inventory section used to display Model S and X vehicles only, but now it includes new Model 3 stocks. By choosing one of the pre-configured cars from the company's existing inventory instead of customizing their own, buyers could immediately (depending on their location) get their hands on one of Tesla's EVs.

The inventory selection also typically gives buyers the chance to get a great deal for a Teslas previously used as floor or test drive models. Unfortunately, we couldn't see used options for the company's most affordable car yet, though they could come at a later time.

As Electrek noted, making inventory Model 3 cars available for sale could boost Tesla's delivery numbers for the quarter -- something the company needs after a lackluster start to 2019. Tesla was only able to deliver 63,000 in the three months that ended in March, down 31 percent from its deliveries during the 2018 holiday season.

In this article: gear, model 3, tesla, transportation
All products recommended by Engadget are selected by our editorial team, independent of our parent company. Some of our stories include affiliate links. If you buy something through one of these links, we may earn an affiliate commission.