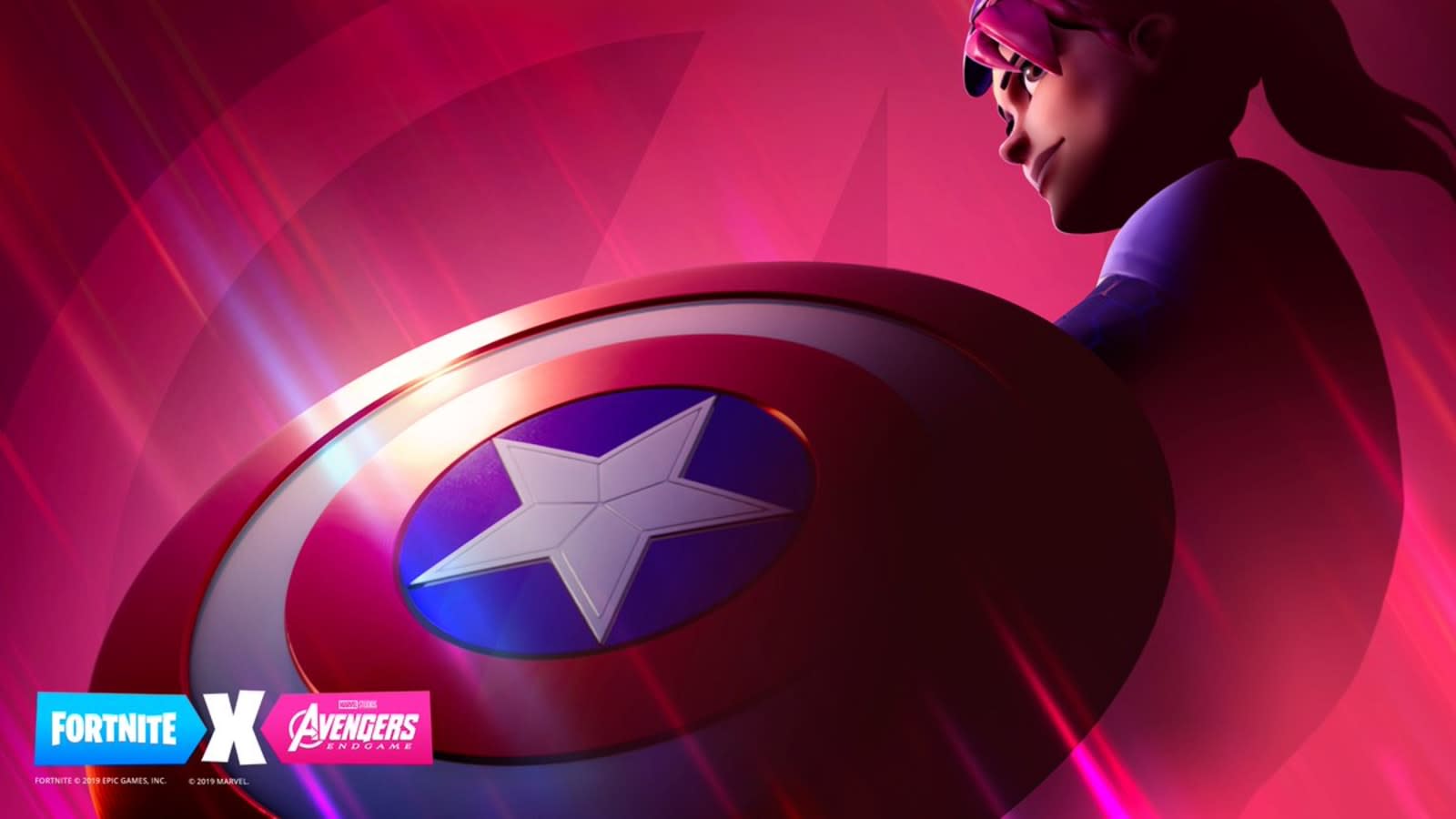 Epic Games is again linking up with the Marvel Cinematic Universe as the developer has teased a Fortnite and Avengers: Endgame crossover. We don't know many details yet, other than a start date of April 25th, the same day the movie hits theaters, and that it might have something to do with Captain America's shield.

You may remember a similar mashup around the time Avengers: Infinity War hit theaters last year. During that limited-time event, if you were lucky enough to find the Infinity Gauntlet somewhere on the island before anyone else, you'd turn into MCU villain Thanos and adopt some special powers, including an enormous jump and a super-powered punch.

The smart money is on the Avengers: Endgame event (whatever it entails) running for a short time too as part of a promotional campaign for the blockbuster, but since the movie already demolished many pre-sale records, it probably doesn't need too much help in that department. In any case, we'll surely find out more about the latest crossover very soon.

In this article: av, avengers, avengers endgame, avengersendgame, battle royale, battleroyale, captain america, captainamerica, epic games, epicgames, fortnite, games, gaming, marvel, marvel cinematic universe, marvelcinematicuniverse, mcu, thanos
All products recommended by Engadget are selected by our editorial team, independent of our parent company. Some of our stories include affiliate links. If you buy something through one of these links, we may earn an affiliate commission.