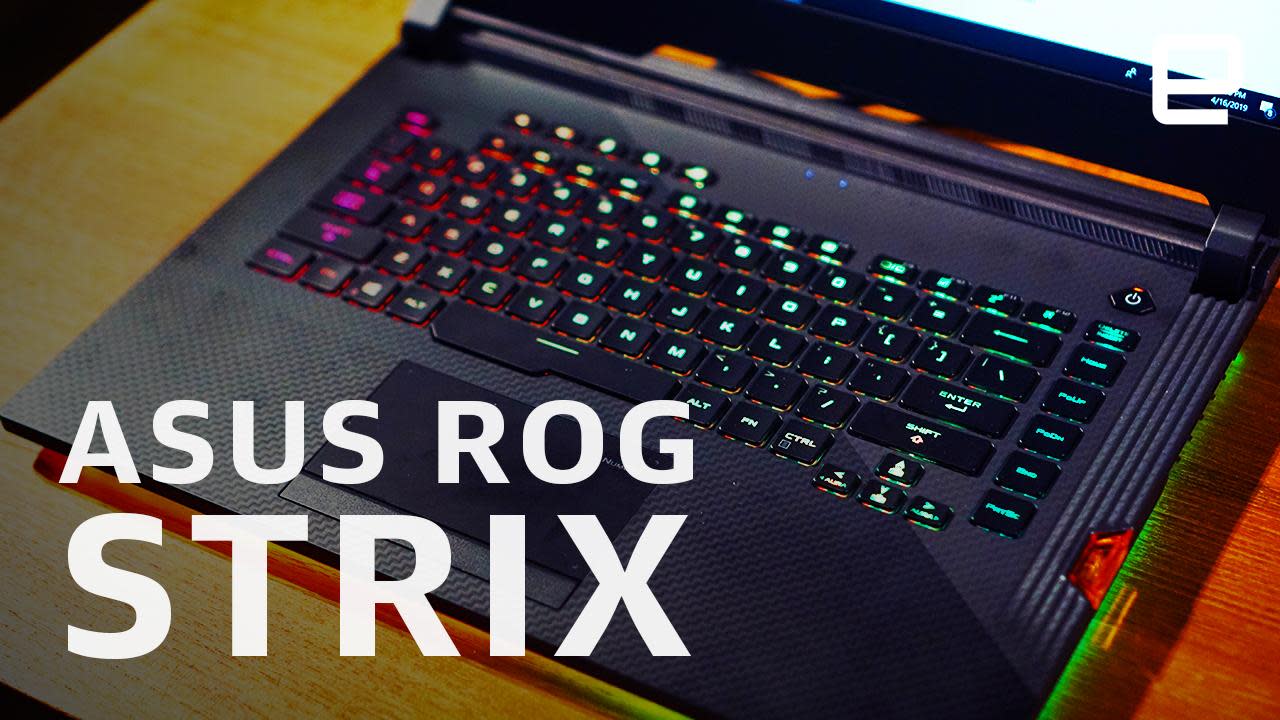 With last year's ROG Strix II notebooks, ASUS finally gave us thin screen bezels. Now, they're taking style tips from BMW Designworks. The new Strix Scar III and Hero III are inspired by the "Face Off" concept, a joint project between ASUS and BMW's team meant to envision a next-generation gaming laptop. That led to the sleek raised ridges on the backs and sides of the new laptops, as well as the ROG Keystone, an NFC device that can unlock secret encrypted storage. Otherwise, though, the Strix III are exactly what you'd expect from ASUS: e-sports inspired gaming notebooks with the latest hardware around. That includes Intel's ninth-generation CPUs, all the way up to the eight-core i9-9880H; NVIDIA's RTX 2070 GPU; and either 144Hz or 240Hz 1080p 15.6-inch screens (there are also 17-inch models, too). They're a more straightforward alternative to ASUS's thin Zephyrus line, with more of a focus on overclocking and gamer-friendly LEDs. Both the Scar III and Hero feature a light bar around the front of their cases, which doesn't do anything except look cool.

It would have been nice to see ASUS take a few more design elements from their concept laptop, though. That machine has a semi-transparent case, so you can see the fans in action, as well as a power button inspired by a bolt-action rifle. That's probably not very functional (we couldn't even touch the concept), but it's the sort of thing you'd expect from BMW's design group. They made the sound of car doors feel iconic, after all. 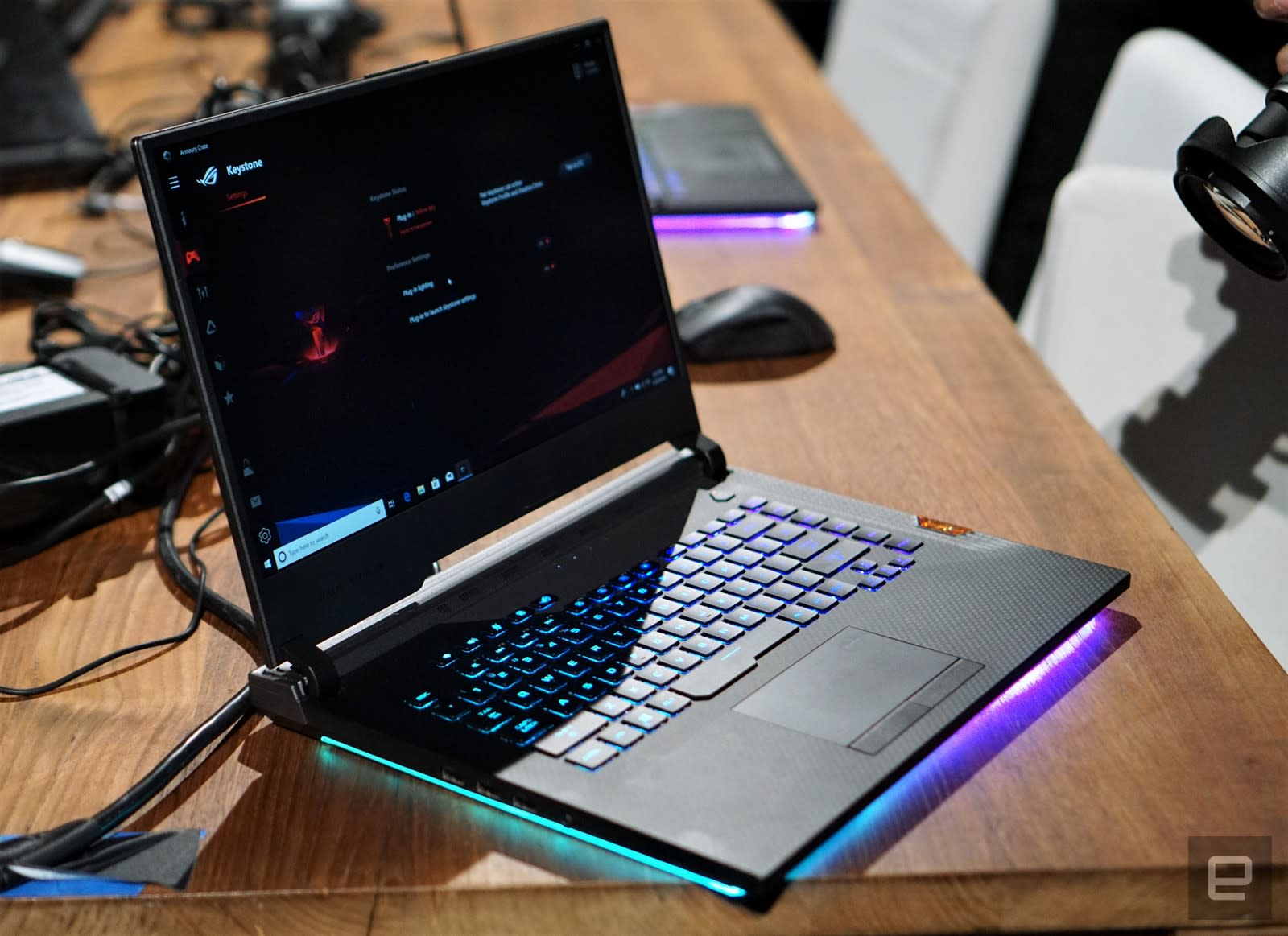 Additionally, ASUS is adding a more affordable model to the family, the Strix G. It starts with NVIDIA's GTX 16-series graphics, but it can be configured up to the RTX 2070. CPU-wise, it tops out with Intel's six-core i7-9750H CPU. The Strix G won't have the lightbar or Keystone from the more expensive models, but it'll stick pack in enough power for an aspiring e-sports player on a budget.

ASUS says the new Strix III machines will be available in the second quarter -- we don't have pricing details yet, unfortunately.

In this article: asus, gadgetry, gadgets, gaming, gaming laptops, gear, Hero III, personal computing, personalcomputing, ROG Strix III, Scar III
All products recommended by Engadget are selected by our editorial team, independent of our parent company. Some of our stories include affiliate links. If you buy something through one of these links, we may earn an affiliate commission.