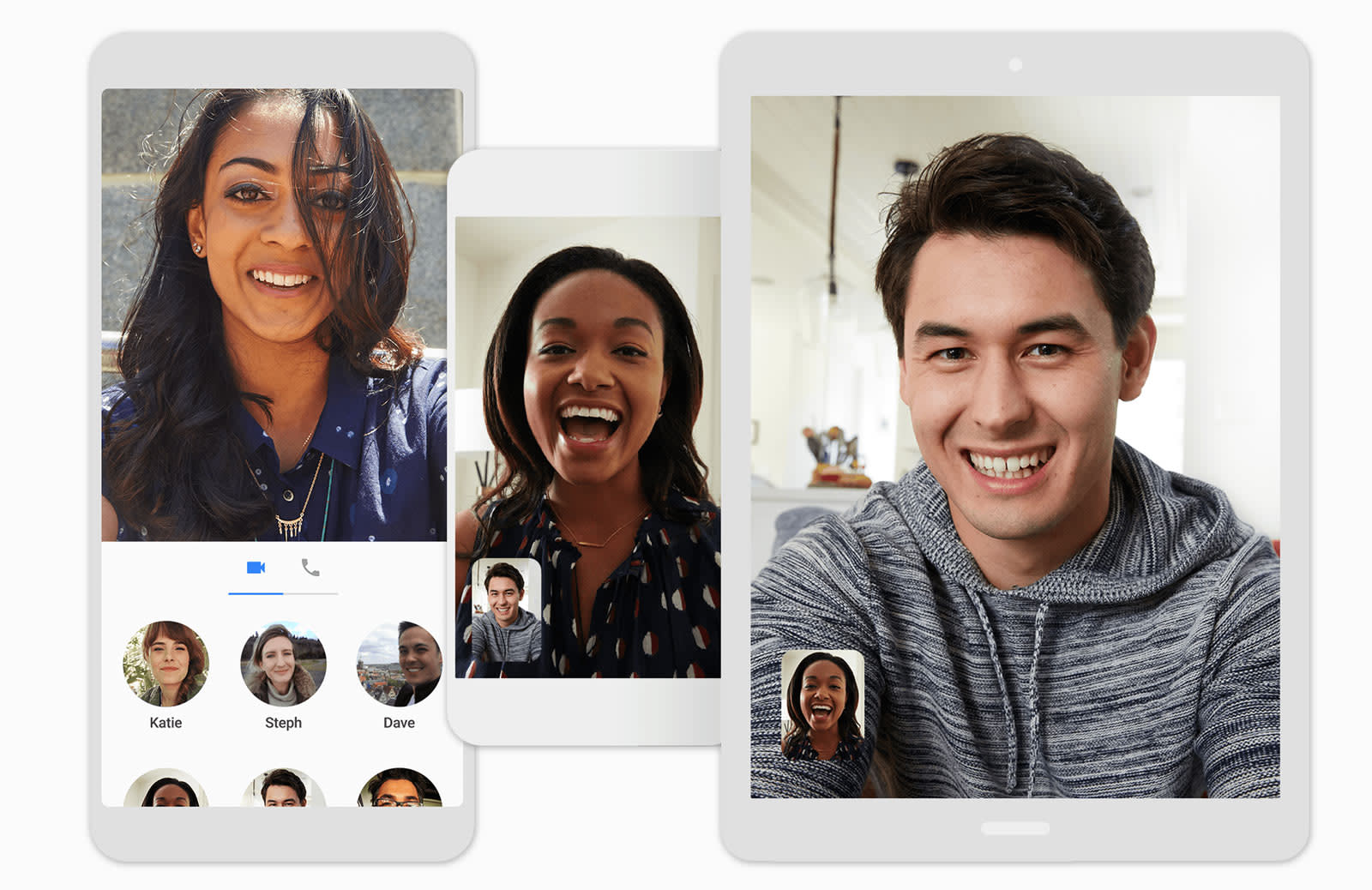 Google has been testing a group calling feature in Duo for the past few months, and now, it's actually live. Well, in a few countries at least. According to Duo head Justin Uberti, the feature has rolled out in "select regions", with Indonesia being one of them. It's unclear what the other countries are at this time.

Screenshots show that there'll be a "Create group" button underneath the search bar, and you can then save that group for quick access later. So you can select your three besties and name the group "BFFs" for example. Right now, it seems that the feature only supports up to four people however, even though an earlier test showed that it supported up to seven. After creating said group, making a call is as easy as tapping a button.

That aforementioned test also showed that there could be a low-light mode for nighttime conversations and an "in-progress" feature. Otherwise we don't know too much about it. That said, since the group chat is already live in a few countries, it probably won't be long before it arrives stateside as well.

In this article: duo, gear, google, mobile, videocalling
All products recommended by Engadget are selected by our editorial team, independent of our parent company. Some of our stories include affiliate links. If you buy something through one of these links, we may earn an affiliate commission.