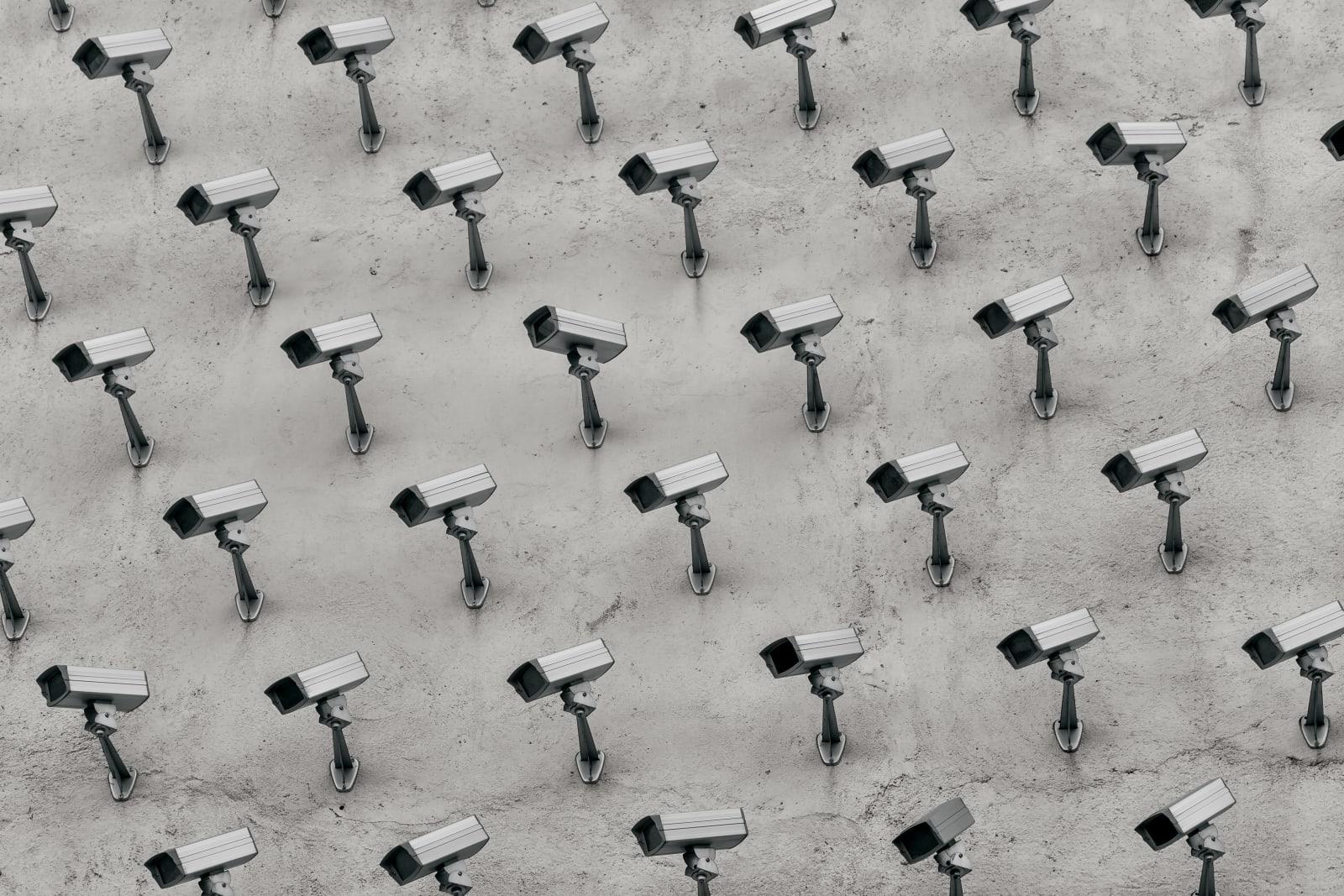 The Chinese government has drawn widespread condemnation in recent months over its extensive use of public surveillance and facial recognition technology to monitor the movements of some 12 million Muslim citizens. "It's a 'Muslim tracker' funded by Chinese authorities in the province of Xinjiang to keep track of Uyghur Muslims," Victor Gevers, co-founder of GDI Foundation, a non-profit open-internet advocacy group, wrote on Twitter in February. Facial recognition tracking has received its fair share of criticism here in the US as well -- even as companies like Amazon field test their half-baked AIs with police departments across the country -- and may soon spawn the nation's first outright ban on the technology.

The San Francisco Board of Supervisors convened on Tuesday to vote on, among other proposals, the Stop Secret Surveillance Ordinance (SSSO), which was first introduced by District 3 Supervisor, Aaron Peskin. The ordinance seeks to impose strict limits on what forms of biometric data can be collected by the city's various departments; how and when it is used, and establishes an oversight apparatus to ensure public transparency. These requirements closely resemble similar ordinances from other Bay Area counties like Oakland and Santa Clara but the SSSO goes a step further in flat-out banning the use of facial recognition technology by the local government. Should it pass muster with the Board of Supervisors, San Francisco is will become the first city in the United States to ban this surveillance technology.

"It is essential to have an informed public debate as early as possible about decisions related to surveillance technology," the SSSO legislation reads. "While surveillance technology may threaten the privacy of us all, surveillance efforts have historically been used to intimidate and oppress certain communities and groups more than others, including those that are defined by a common race, ethnicity, religion, national origin, income level, sexual orientation, or political perspective."

The ordinance goes on to define "surveillance technology" as:

Before a city department can adopt any of these technologies for use, the department must first submit both ordinance and impact reports to the Board of Supes for review. Systems that have already been put into place, like the SFPD's body cameras or the city's ShotSpotter system, would undergo similar oversight through annual audits in which departments will be expected to provide evidence that the data collection systems are both operating as intended and effectively impacting the issue they are meant to address. Not facial recognition technologies though.

"The propensity for facial recognition technology to endanger civil rights and civil liberties substantially outweighs its purported benefits," the ordinance argues, "and the technology will exacerbate racial injustice and threaten our ability to live free of continuous government monitoring." This technology would presumably be driven by the 2,700-plus public and private security cameras located throughout the city that can be called upon to provide footage to the San Francisco County District Attorney's Office as part of ongoing criminal investigations.

Current facial recognition technologies are as widespread as they are woefully inaccurate. A 2016 study by Georgetown University found that most American adults appear in police photo databases while a 2018 test by the ACLU found that Amazon's facial recognition system falsely matched 28 sitting members of Congress (a vast majority of which are POC) to mugshot photos.

Amazon finds itself in a bit of a pickle with regards to its Rekognition system. On one hand, it's wildly unpopular among both Amazon employees and investors -- so much, in fact, that the company tried to get the SEC to quash an upcoming shareholder vote scheduled for May 22nd that would have banned development of the tech entirely (a move opposed by Amazon's Board of Directors). On the other hand, such government contracts could prove quite lucrative -- especially as competitors like Microsoft keep citing "human rights concerns" when refusing to sell their similar technologies. As such, Amazon is stuck calling for increased government oversight while simultaneously lending its technology to the Orlando Police Department for field tests.

It would appear that the only people who actually are in favor of facial recognition technology are members of the law enforcement community. The ACLU, the EFF and Fight for the Future have all voiced support for the measure while the San Francisco San Francisco Police Officers Association (SFPOA) opposes it.

What's more, a recent statewide survey conducted by David Binder Research on behalf of the ACLU, Northern California, found strong opposition to biometric data collection by likely 2020 Bay Area voters. The study found that "three‐quarters of voters statewide and in the Bay Area support a law to require public debate and a vote by lawmakers before any surveillance technology is obtained or used by government and law enforcement." This opinion ran clear across party and racial lines and was just as likely to be held by Boomers as it is Millennials.

"San Francisco residents want and deserve a seat at the table when it comes to decisions about government surveillance," Matt Cagle, Tech and Civil Liberties attorney at the ACLU of Northern California told Engadget. "Surveillance without oversight or safeguards makes people less safe and less free, and increases the likelihood that they will be unnecessarily entangled with police and ICE. The San Francisco Board of Supervisors should promote real public safety by passing this ordinance and giving the community control over surveillance in their city."

Jelani Drew, a campaigner with Fight for the Future, echoed those sentiments. "These kinds of technologies that are being used by the government need public oversight," they told Engadget. "Or, at the very least, folks need to know what sorts of surveillance technologies are being used around them."

This isn't the first time that a government entity has attempted to operate facial recognition technology in the region. Last August, BART's board of directors floated using the technology as part of its renewed anti-crime initiative but abandoned the proposal after loud and sustained public outcry.

Nor is this the first time that state and local governments have attempted to legislate stronger privacy protections for the voting public. Last year, the state Senate passed SB 1186, which would "require each law enforcement agency, as defined, to submit to its governing body at a regularly scheduled hearing, open to the public, a proposed Surveillance Use Policy for the use of each type of surveillance technology and the information collected, as specified." That law goes into effect July 1st.

Supervisor Peskin's Proposition B also passed during last November's elections. Prop B sought to outline a "Privacy First Policy" for San Francisco, requiring that the city administrator's office come up with an ordinance detailing how the city, its contractors and permitted third party companies like SalesForce would protect consumer data.

This is "the first time a city has endeavored to protect its constituents from the misuse and misappropriation of their personal, private information by outside corporations for profit," Peskin told the Examiner last May. And, earlier this year, federal lawmakers put forth the bipartisan Commercial Facial Recognition Privacy Act of 2019, which would prevent companies from collecting or disseminating images of people's faces without their consent.

Update (May 6, 2019 4:23 pm EST): The San Francisco Rules Committee voted unanimously on Tuesday to advance the SSSO to the full Board of Supervisors, which will in turn vote on the ordinance May 14th. Matt Cagle, Technology and Civil Liberties Attorney at the ACLU of Northern California had the following statement:

The ACLU applauds the Rules Committee for passing this ordinance and urges the full Board of Supervisors to do the same. Democratic oversight of surveillance technology promotes public safety and protects our civil rights. With this law, San Francisco can demonstrate real tech leadership by giving our communities a seat at the table, and the power to create safeguards to prevent misuse.

In this article: Amazon, facial recognition, politics, rekognition, San Francisco, security, SSSO, Stop Secret Surveillance Ordinance, surveillance, tomorrow
All products recommended by Engadget are selected by our editorial team, independent of our parent company. Some of our stories include affiliate links. If you buy something through one of these links, we may earn an affiliate commission.