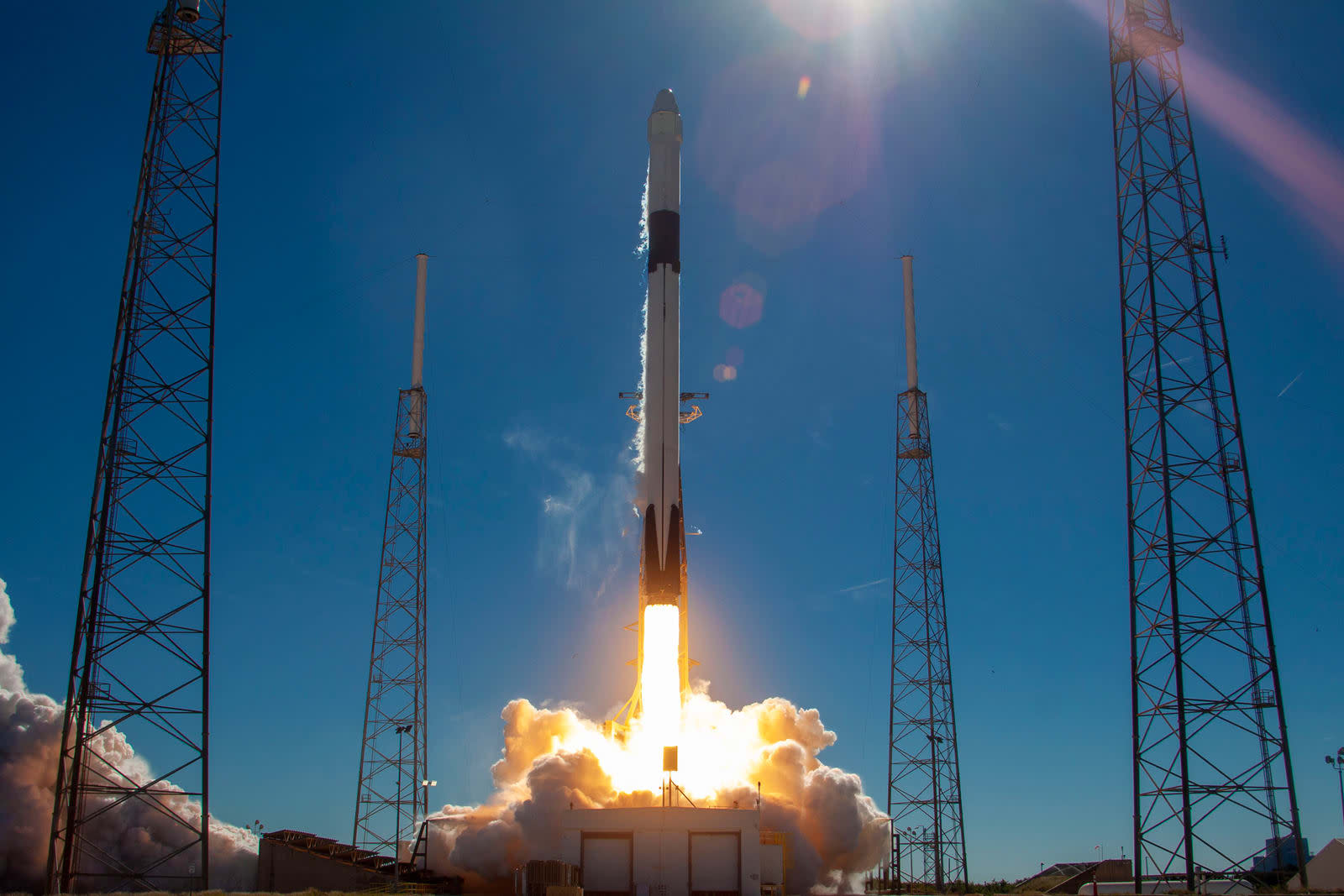 SpaceX is one step closer to fulfilling its plans of launching a host of internet satellites. The FCC has approved its revised plan that would fly over 1,500 of its Starlink satellites at a lower orbit of 'just' 550km (about 342 miles). The move clears the path for an initial Starlink launch "no earlier than" May, the company said. Theoretically, the lower flight path allows coverage with fewer satellites, lowers latency and reduces the chances of space debris.

Companies like OneWeb and Kepler Communications had objected to SpaceX's request over concerns that Starlink would interfere with their own satellites, but the FCC didn't believe the satellites would create "significant" interference. Regulators also didn't find a significant risk of collisions in the new orbit, noting that each of the satellites would have thrusters to make evasive maneuvers.

For SpaceX, the approval might come in the nick of time. In addition to competitors like OneWeb, the company is facing impending rivalries like Amazon's 3,236 planned internet satellites. If SpaceX is going to meet the terms of the FCC's approval and launch more than half of its planned 11,000-plus Starlink satellites within six years, it will likely want to start as soon as possible.

In this article: broadband, fcc, gear, internet, internet satellite, regulation, satellite, space, spacex, starlink
All products recommended by Engadget are selected by our editorial team, independent of our parent company. Some of our stories include affiliate links. If you buy something through one of these links, we may earn an affiliate commission.