How else are they going to sell televisions to millennials?

Samsung has unveiled "The Sero," a 43-inch quantum-dot QLED TV with an attention-grabbing gimmick. It can be flipped around 90 degrees, letting you watch Instagram, Snap and other smartphone videos in their native vertical configurations. Samsung said it wanted to diversify its lineup and came up with the idea by studying the tastes of mobile-loving millennials. "Samsung will continue introducing screens that respect personal consumer tastes," said display president Han Jong-hee.

The Sero is in the same family as Samsung's artsy Serif and Frame QLED TVs. Once you flip it into vertical mode, you can sync up and mirror content on your phone by pairing it over NFC. In horizontal mode, it works as a regular TV, delivering 4.1 channel, 60 watt sound, Bixby control and more. Samsung didn't list other specs, but it likely has 4K Ultra HD resolution. 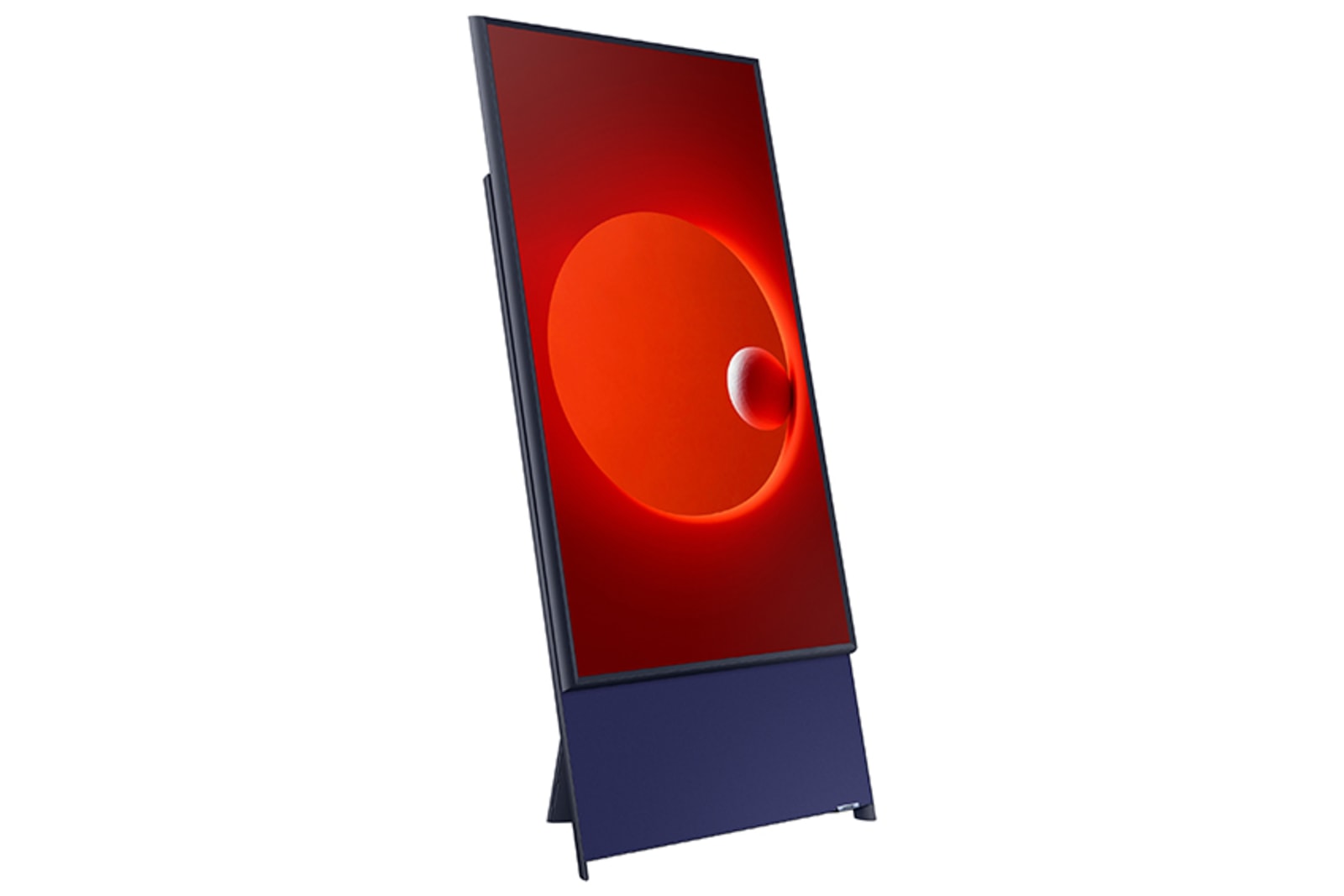 Along with showing smartphone videos, the Sero could be handy for photos and "shopping sites with comments on the bottom," said Samsung. While it's the company's first vertical TV, Microsoft's Surface Hub 2 can also be flipped around 90 degrees. That model has a touchscreen, however, making it usable for presentations, brainstorming and other business chores. Samsung also announced that its Serif and Frame TVs will be available in larger 49- and 55-inch sizes later this year, with a 65-inch Frame TV coming soon as well.

The Sero is an interesting idea, but vertical video haters may not want to see Samsung encouraging the practice. Also, even millenials that supposedly love Insta Stories might not want to pay a large sum to see them at 43-inches. Samsung didn't say if The Sero would come to the US, but it'll be available in Korea at the end of may for 1.9 million won (around $1,630).

Update 4/29/2019 11:30 AM ET: The article originally said that the Sero would cost 18.9 million won, but that figure was in error -- it was actually 1.9 million won. It has been updated with the correct information. (Thanks, Chang Woo)