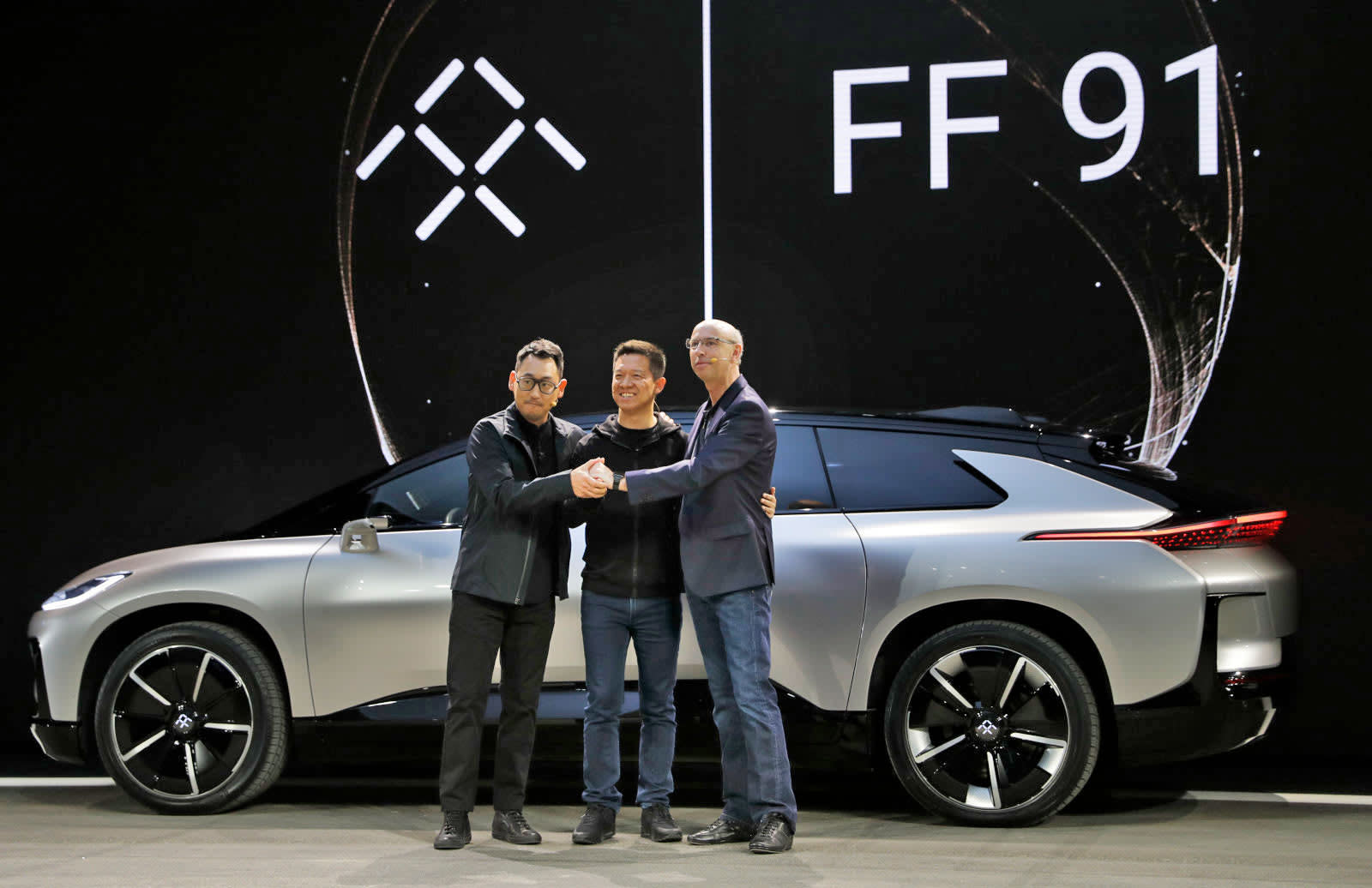 Now that Faraday Future has parted ways with its last partner, Chinese real estate firm Evergrande, money seems to be flowing in again. After getting a $600 million injection from mobile gaming company The9 Limited, Faraday announced that it has scored another $225 million in bridge financing via a funding round led by Birch Lake Associates. The cash will be used to bring the company flagship FF91 EV to market and reassure jittery suppliers that the company is still on sound footing.

"As part of the vendor program, Birch Lake has also provided financing to FF for the company to pay all past due amounts for approximately 60 percent of FF's vendor base, including smaller vendors who are owed less than $20,000," the company wrote. Meanwhile, larger suppliers will be able to exchange unsecured debt for "trust interests" that will include a repayment schedule.

To secure the financing, Faraday said it valued its intellectual property at $1.25 billion. The company plans to use The9's cash to build the V9 EV, a version of the Faraday FF91 for the Chinese market. It has promised to build 300,000 of the EVs per year by 2020, and said it has a growing fleet of FF91 pre-production test vehicles.

Behind the scenes, FF continues its work on its preproduction test vehicles. With its growing fleet of preproduction vehicles being used as a testbed for cloud-connectivity, software releases and other validation measures, the engineering team has made steady progress to finalize FF 91 for production.

However, it's hard to take that seriously considering that Tesla only cracked 300,000 deliveries last year and has been in business since 2003 (and doing so almost broke CEO Elon Musk). That's on top of the fact that Faraday had to sell its LA headquarters for $10 million to stay afloat, and put its $40 million Las Vegas property -- where the FF91 was to be built -- up for sale.

It has lost many of its key senior executives and earlier this year, failed to raise the cash needed to bring back furloughed workers. Finally, CEO Jia Yueting is facing lawsuits over debt issues with his other companies, including LeEco. However, despite its problems and lack of success building vehicles, it shows that the company still has a talent for finding new investors.

In this article: EV, FaradayFuture, FF91, gear, Investment, JiaYueting, Production, tomorrow, transportation
All products recommended by Engadget are selected by our editorial team, independent of our parent company. Some of our stories include affiliate links. If you buy something through one of these links, we may earn an affiliate commission.