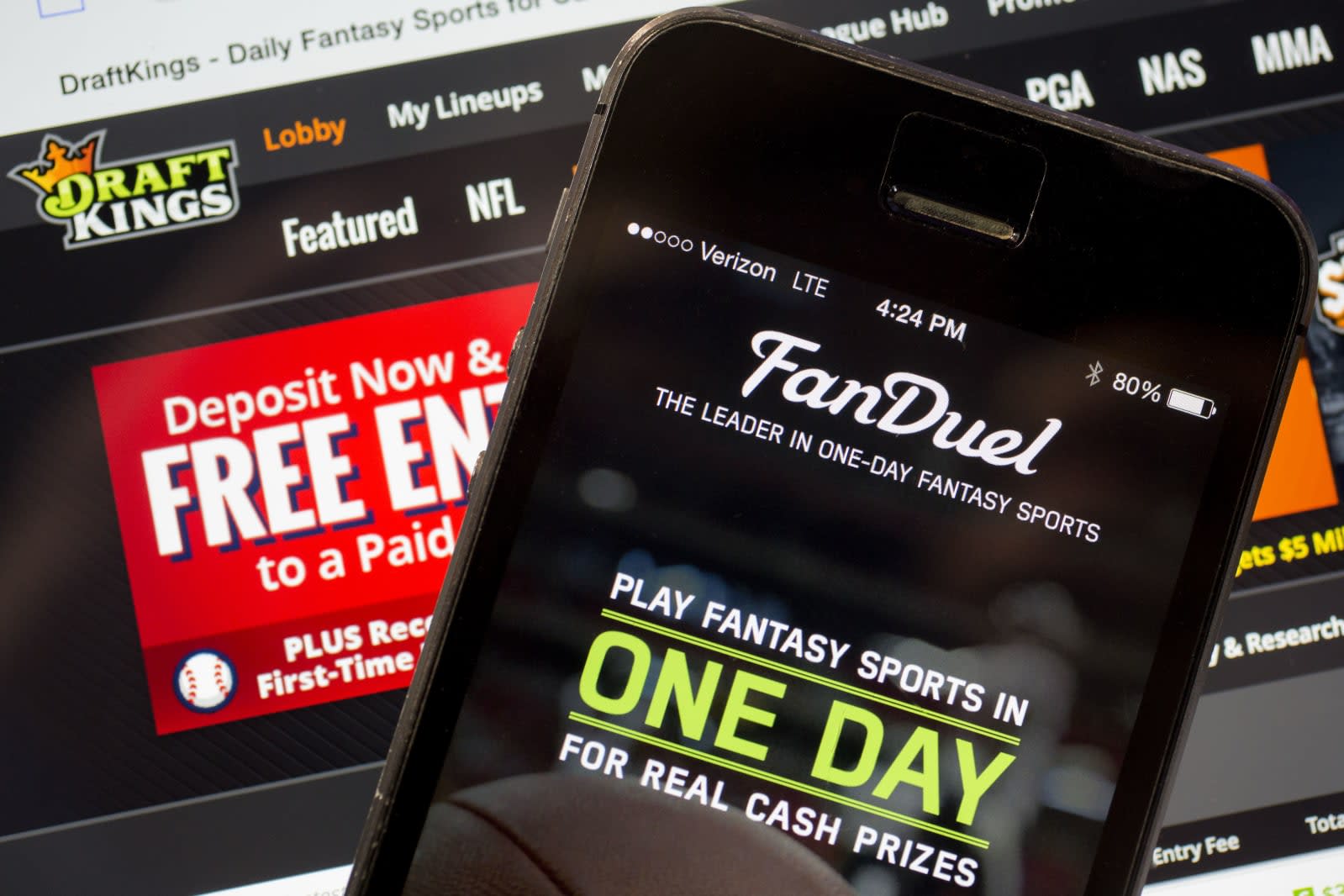 Remember daily fantasy sports? Before increased scrutiny, threats of regulation and a failed merger between industry giants DraftKings and FanDuel, it went from niche element to nearly inescapable in 2015. A flurry of interest and investment spurred ads that stretched from ESPN to gas station pumps, and it was in that storm of activity that I created an account on each site just to test things out while writing about them.

The mistakes of the past became my present this afternoon when I got a friendly email from FanDuel. It said that in accordance with recently updated Terms of Use, it planned to charge me $3 per month as a "monthly inactivity fee," starting 30 days from now. That's because my account has not received a deposit or entered a contest in at least 24 months. 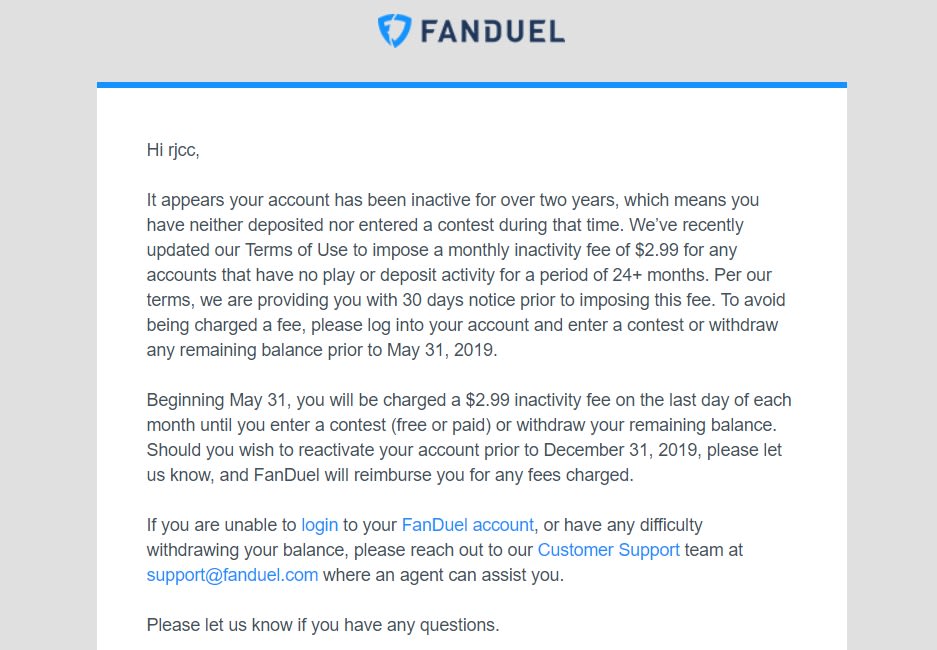 A section about the inactivity fee is a part of its latest TOU, which is dated August 23rd, 2018. It also mentions that after 36 - 60 months, depending on state law, an abandoned account will have its funds transferred to the appropriate state agency as unclaimed funds. Interestingly, its competitor DraftKings used to have a section in its terms saying the company would not assess fees to "dormant" accounts, but that item does not appear in the last version of the document.

Since I haven't logged into the site to agree to any updated TOU in several years, it seems weird to me that I could be facing any kind of new fee. In a statement that you can read in full below, the company said it would reimburse all fees collected if any user reactivates their account by December 31st, and said that inactive account fees are common among businesses that maintain online balances in the US and Europe.

That may be the case, but it doesn't necessarily make me feel any better about the way this scales across users who signed up during the daily fantasy boom. If they're not carefully checking their email, whatever funds were left over in their accounts could start drying up based on terms that weren't in effect the last time they signed in. In my case, that amounts to $20.20 on FanDuel, and $24 on DraftKings -- money I'd rather have in my own bank account rather than theirs.

Inactive account fees are a common practice amongst other companies that maintain online account balances in the U.S and Europe. In some of those cases, entire account balances are forfeited after a defined period of inactivity. In FanDuel's case, these fees only apply to existing balances in a user's FanDuel account – no funds are withdrawn from a user's bank account and no user credit cards are charged. To clarify:

The fee is only $2.99 per month (not a forfeiture of the entire account balance)

We will not initiate the fee for 30 days

Most importantly, if any user asks to reactivate their account prior to December 31, 2019 we will reimburse all fees charged and the user may withdraw that money from their account.

We encourage users to put their existing funds to use, either by playing a FanDuel contest or withdrawing them to use as they wish

In this article: business, daily fantasy sports, draftkings, entertainment, fanduel, inactivity fee, thebuyersguide, TOS
All products recommended by Engadget are selected by our editorial team, independent of our parent company. Some of our stories include affiliate links. If you buy something through one of these links, we may earn an affiliate commission.