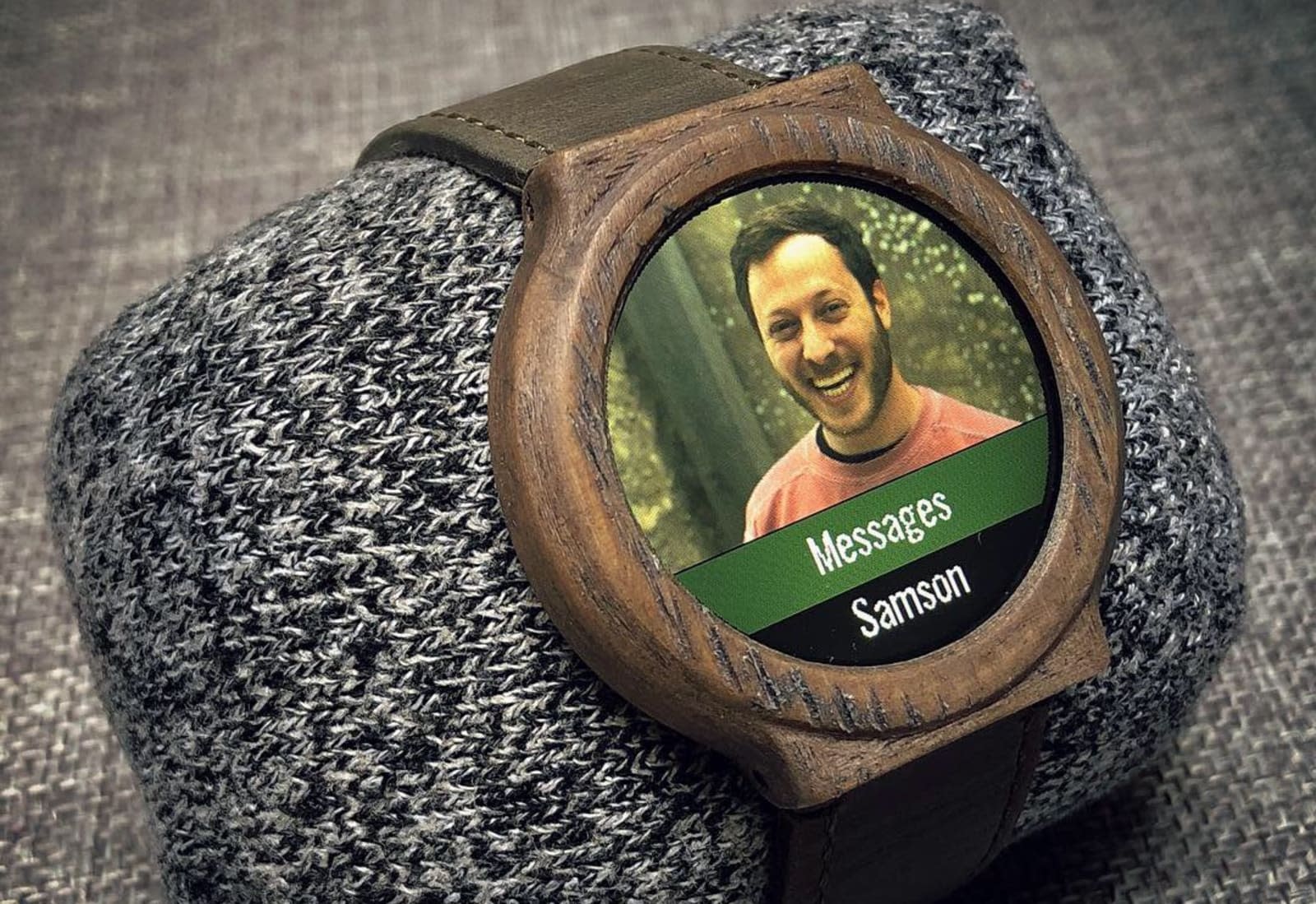 DIY projects can be a lot of fun, and if Raspberry Pi has taught us anything it's that people love to tinker. But for most folk, forays into the world of build-it-yourself tech start and end with a specific kit and a whole bunch of instructions to help them along. Not so for one inquisitive Redditor, who recently revealed that he built an entire smartwatch from scratch. And since he's been kind to enough to share details of the process down to the smallest minutiae, you can too.

Samson March, who goes by the moniker Smarchbme, has named his stunning creation the "Smarch Watch" and said it took a few weeks to build the fully-functional, self-coded device, which boasts a battery life of seven days and takes just 2.5 hours to fully recharge (because of course he went the whole hog and built a charging cradle, too). The watch brings up color-coded notifications from his phone, including messages, email and calendar, although he humbly states there's "no music playback yet."

He sourced his materials as cheaply as possible, with a final price tag of about $50. However, he says that "as a rule of thumb, for a product to be successful and make a profit, you would have to sell it for four or five times the cost of the goods. So in my case (assuming no discounts due to the economies of scale) I would have to charge somewhere between $200 and $250 to make a profit." This goes some way to explaining why companies charge such high prices, then. Alas, despite repeated requests by impressed Redditors, March has no plans to put his creation into wider production. But he's shared everything -- and we mean everything -- you need to know to get started yourself is here.

Admittedly, March had a few things stacked in his favor, such as his five years working as a product designer and access to equipment such as a 3D printer. But he says that "We live in the golden age of making -- there's no better time than now to start making things," adding that "You can DIY anything -- next up, a DIY spaceship."

In this article: build, charging, diy, do it yourself, doityourself, engineering, gadgetry, gadgets, gear, mobile, open source, smart watch, TL19DIY, wearable, wearables
All products recommended by Engadget are selected by our editorial team, independent of our parent company. Some of our stories include affiliate links. If you buy something through one of these links, we may earn an affiliate commission.