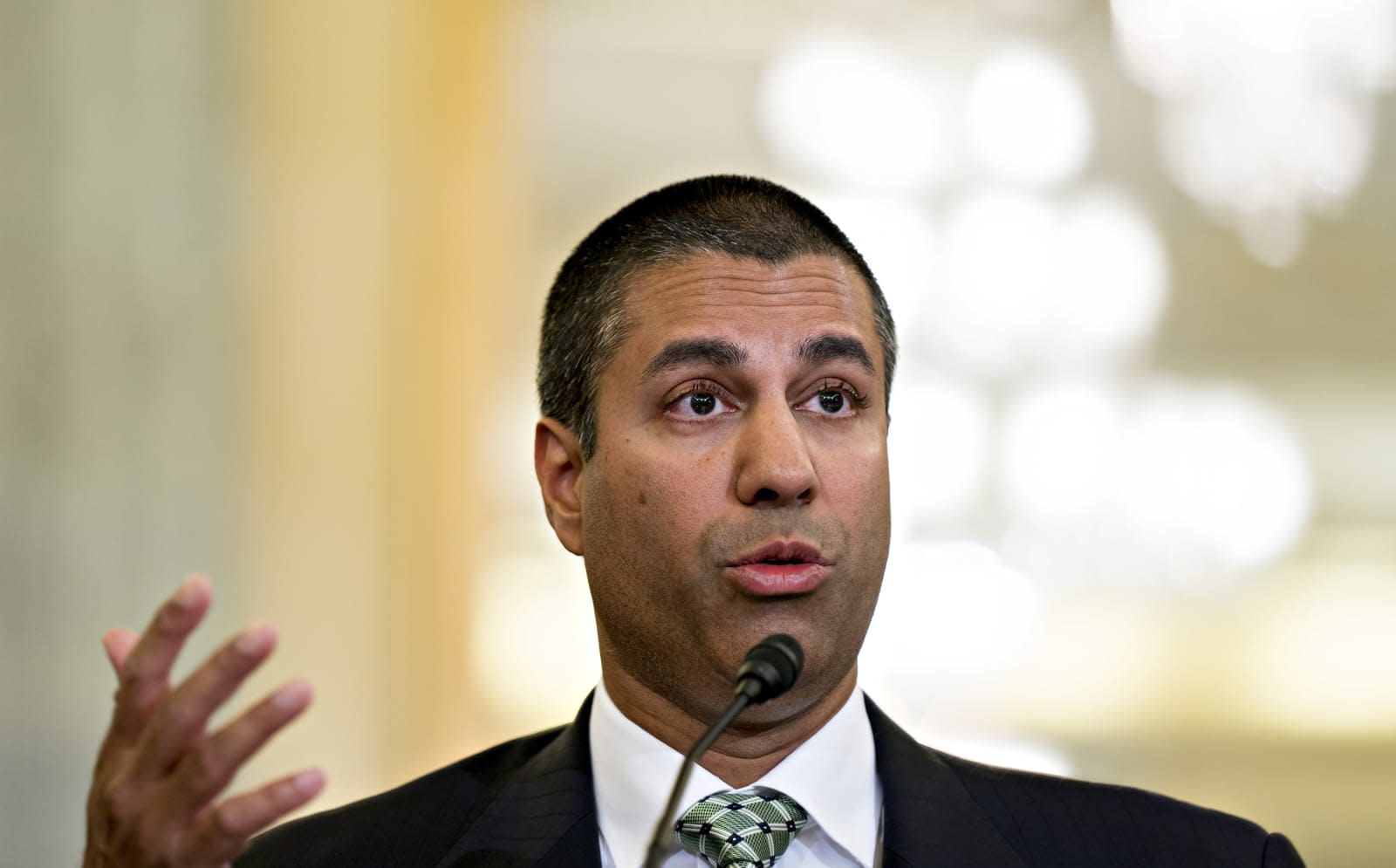 The impressive broadband growth numbers the FCC reported in February were actually off by millions, and now the agency has admitted in a revised draft that its figures were indeed inflated. It was advocacy group Free Press that originally revealed (PDF) the inaccuracy in March, though commission chief Ajit Pai didn't even mention its role in the discovery. The organization found that a new ISP called BarrierFree falsely told the FCC that it has started serving 20 percent of the country just six months after it opened.

That mistake led the agency to announce that the number of Americans lacking access to a fixed broadband connection was down to 19.4 million by the end of 2017 from 26.1 million the year before. Turns out, the correct figure is 21.3 million -- a big difference, for sure, but not big enough for Pai to backpedal on his declaration that the changes he implemented led to massive broadband growth. He said in a statement:

Free Press explained in a statement to Ars Technica, however, that broadband deployment has been under way well before Pai's time. The group called the chairman's decision to take credit for broadband growth "an ongoing embarassment:"

"...fixing this error doesn't fix the other huge flaw we cited in our letter about BarrierFree: the Pai FCC keeps trying to take credit for broadband deployment and speed increases well under way before and during Title II's reinstatement. So when Chairman Pai takes credit for ISP investment and improvements he quite literally had nothing to do with, it's an ongoing embarrassment that simply revising the numbers down cannot fix."

In addition to slashing 1.9 million from the total, the updated draft has also lowered the number of Americans in rural areas that gained broadband access in 2017 from 5.6 million to 4.3 million. In addition, it changed the whole draft to report on broadband access with speeds reaching 250Mbps/25Mbps instead of 250Mbps/50Mbps. Plus, it said access to broadband with speeds reaching 250Mbps/25Mbps grew by 36 percent in 2017 instead of 45 percent.

Comments to this article are now closed due to numerous violations of our rules and guidelines including off-topic conversation, name-calling, insults, and encouragement of violence.

In this article: FCC, gear, internet, TL19AJIT
All products recommended by Engadget are selected by our editorial team, independent of our parent company. Some of our stories include affiliate links. If you buy something through one of these links, we may earn an affiliate commission.
Share
Tweet
Share