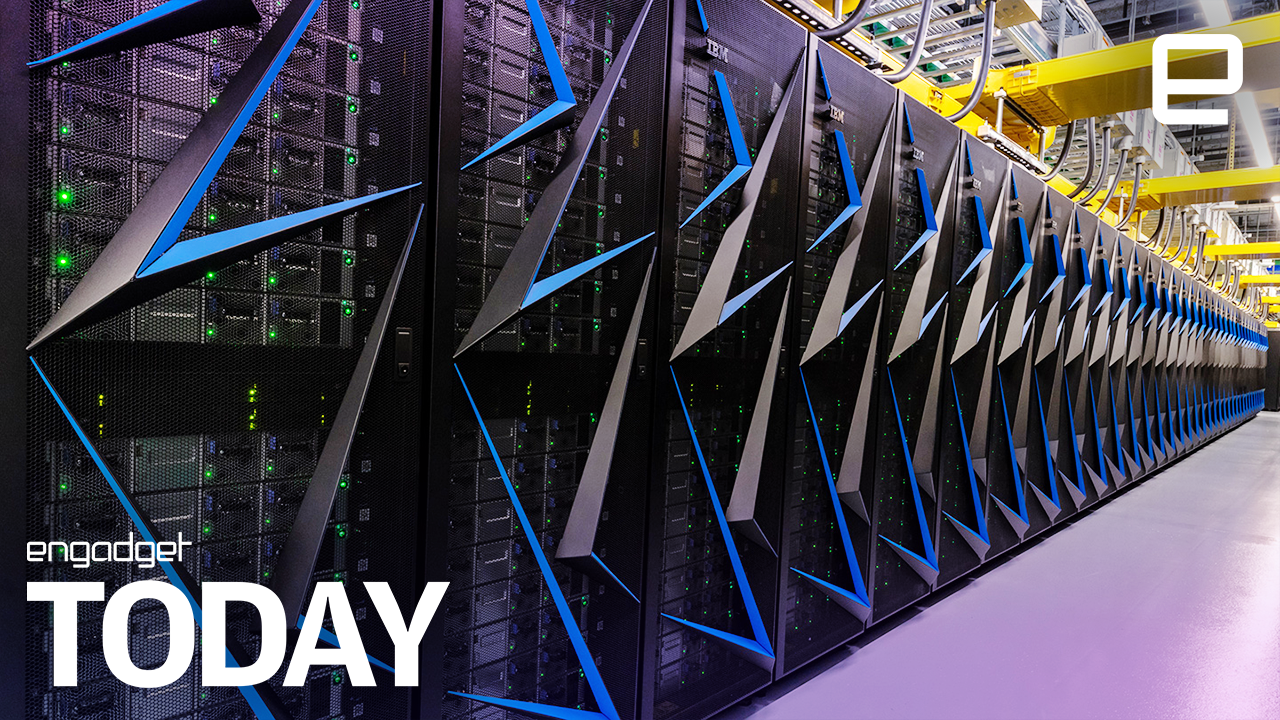 "Frontier's record-breaking performance will ensure our country's ability to lead the world in science that improves the lives and economic prosperity of all Americans and the entire world," Secretary of Energy Rick Perry said in a statement. "Frontier will accelerate innovation in AI by giving American researchers world-class data and computing resources to ensure the next great inventions are made in the United States."

Cray CEO Pete Ungaro said that at 1.5 exaflops, Frontier will have the combined power of the current top 160 supercomputers in the world. An exaflop is equivalent to a quintillion calculations per second. If everyone on Earth carried out one calculation per second, it would take us more than six years to perform as many calculations as Frontier will be able to in a single second.

Oak Ridge National Laboratory director Thomas Zacharia noted that when it's activated, Frontier will be the "most powerful AI machine anyone has seen up until that point in time." He also said it will be "by far the single most expensive machine that has ever been procured," with the contract for Frontier's system and technology worth more than $600 million. Oak Ridge also houses Summit, which is the current supercomputer record holder.

Frontier will use Cray's Shasta supercomputer system and Slingshot interconnect, as well as AMD's GPUs and custom EPYC processors. The companies are working together on programming tools to help developers harness the supercomputer's power, while Cray, AMD and Oak Ridge jointly developed a custom environment for the hardware. Frontier will take up almost the same space as 2 basketball courts, include 90 miles of cabling and have enough network bandwidth to download 100,000 HD movies in a single second.

Scientists and engineers will be able to use Frontier for an array of projects, including climate change forecasting, predicting the path of hurricanes and developing new pharmaceuticals. They'll also be modeling fusion energy sources, simulating combustion engine systems and conducting cosmology simulations for the distribution of billions of galaxies.

It remains to be seen whether Aurora or Frontier will be the first exascale supercomputer to be activated in the US. But there's plenty of competition facing the country in the exascale sphere. China might pip the US to be the first with such a supercomputer, as the National Supercomputing Center plans to build one by late 2020 or in the first half of 2021. Japan aims to turn on an exascale machine in 2021, and Europe may have its own exascale systems up and running in 2022 or 2023.

In this article: amd, AOLoriginals, cray, cray supercomputer, CraySupercomputer, daily show, department of energy, engadget, Engadget Today, engadget video, entertainment, exascale, exascale computing, exascale supercomputer, frontier, gadgetry, gadgets, gear, oak ridge national laboratory, oakridgenationallaboratory, supercomputer, tomorrow
All products recommended by Engadget are selected by our editorial team, independent of our parent company. Some of our stories include affiliate links. If you buy something through one of these links, we may earn an affiliate commission.