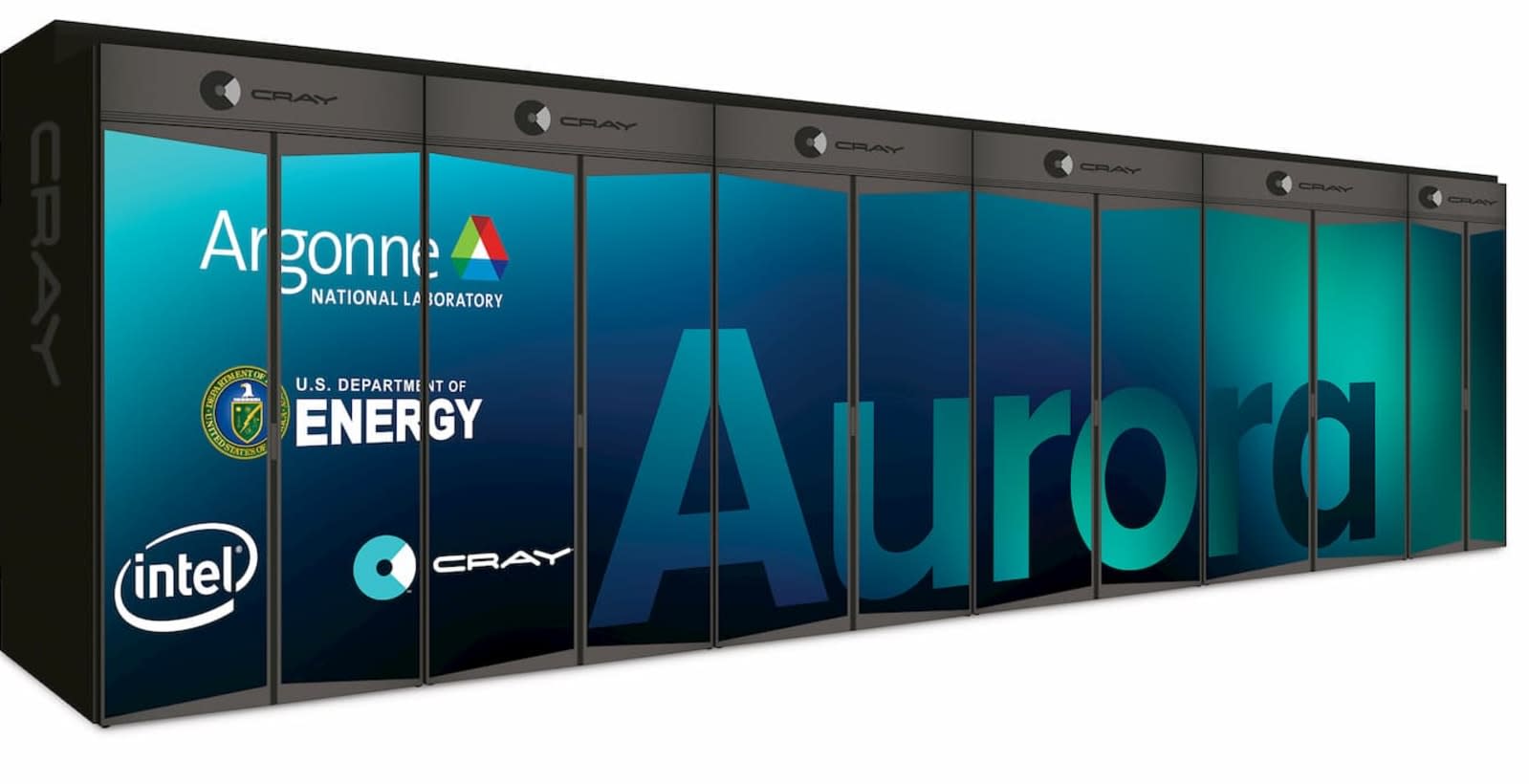 The US might currently have the world's most powerful supercomputer, but it isn't resting on its laurels. An international race is on to build exascale supercomputers (systems capable of a quintillion calculations per second) and today, Secretary of Energy Rick Perry announced Intel and sub-contractor Cray Computing will construct the first such system in the US. The supercomputer will be called Aurora, and Intel is aiming to deliver it to the Department of Energy's Argonne National Laboratory in the Chicago area in 2021.

"Achieving exascale is imperative, not only to better the scientific community, but also to better the lives of everyday Americans," said Sec. Perry. "Aurora and the next generation of exascale supercomputers will apply [high-performance computing] and AI technologies to areas such as cancer research, climate modeling and veterans' health treatments."

Research planned for the $500 million+ Aurora project includes suicide prevention (by analyzing risk factors) and improving the ability to "predict climate at a regional scale," according to Rick Stevens, associate laboratory director for computing, environment and life sciences at Argonne. Researchers also hope to discover materials that will help in the construction of more efficient solar cells and develop "extreme-scale cosmological simulations."

The teams behind the project are not ready to share specific technical specs (including the supercomputer's estimated power consumption). However, Aurora will use an upcoming Intel Xeon Scalable processor, Intel Optane DC memory, the X compute architecture and Intel's ONE API. Cray will also contribute its Shasta supercomputer system, which includes more than 200 cabinets and the Slingshot interconnect.

Back in 2011, Intel had high hopes of making exascale computing viable by 2018, but that of course didn't quite happen. As MIT Technology Review puts it, "Every person on Earth would have to do a calculation every second of every day for just over four years to match what an exascale machine will be able to do in a flash."

In June, the US snatched back the most powerful supercomputer crown from China, which is one of the exascale computing frontrunners. The nation announced last year it had prototyped exascale supercomputers, and the National Supercomputing Center expects to build such a system "in the second half of 2020 or the first half of 2021." Japan hopes it will have an exascale supercomputer up and running in 2021, while Europe is planning to have exascale "performance systems based on EU technology by 2022-2023."

In this article: department of energy, exascale, exascale computing, exascale supercomputer, gear, intel, supercomputer, tomorrow
All products recommended by Engadget are selected by our editorial team, independent of our parent company. Some of our stories include affiliate links. If you buy something through one of these links, we may earn an affiliate commission.