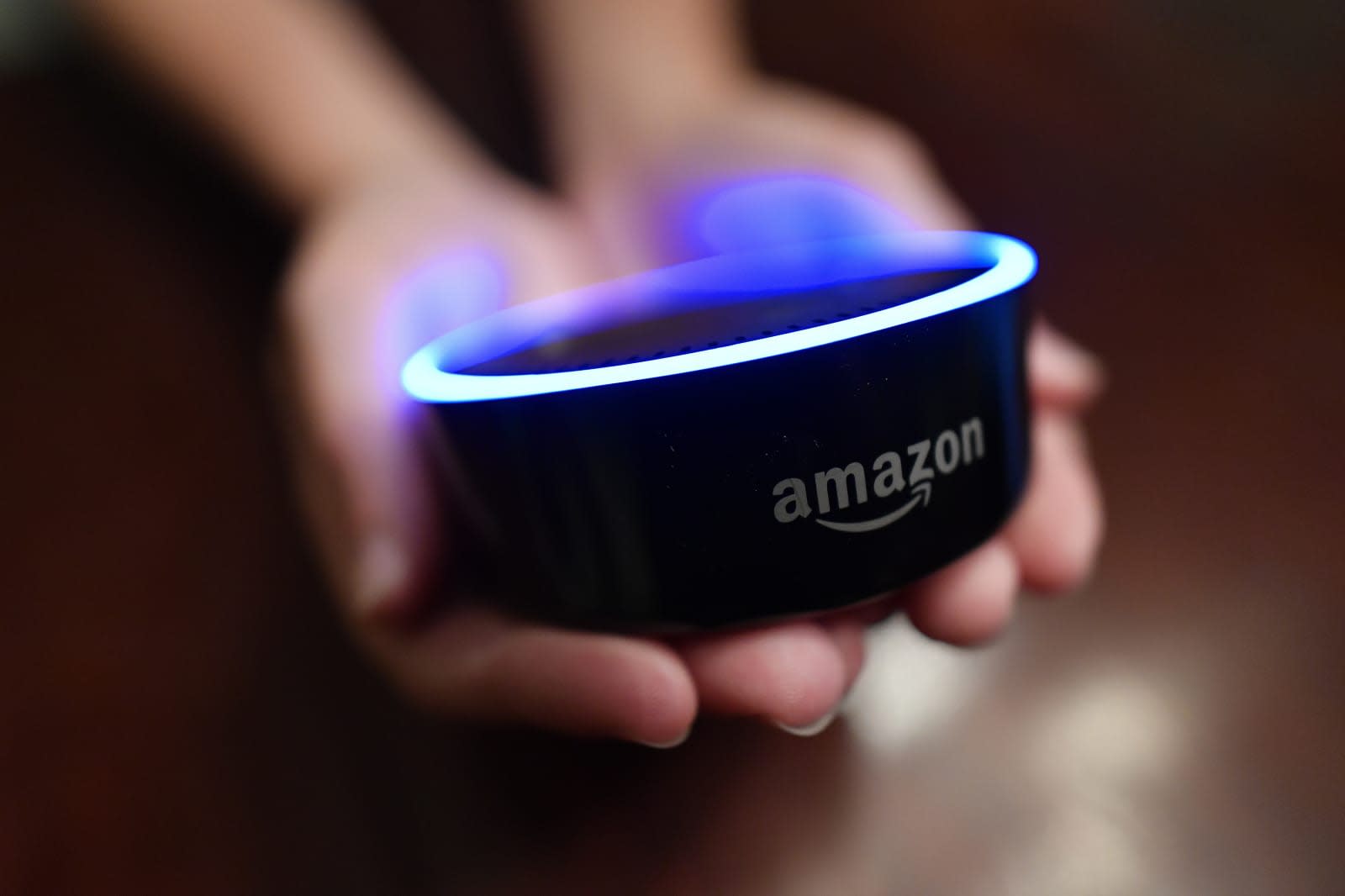 A month after we found out Amazon employees might listen to your Alexa conversations, Amazon is facing more privacy concerns. This time, they have to do with how the company stores data collected by its Echo Dot Kids. Today, a coalition of privacy and child-advocacy groups plan to file a complaint with the Federal Trade Commission (FTC) alleging that Amazon stores kids' conversations and data even after parents attempt to delete it. According to the The Wall Street Journal, the group is asking the FTC to investigate.

Echo Dot Kids, which has been on the market for about a year, is an Alexa smart speaker with parental controls and family-focused features. Researchers from the Campaign for Commercial-Free Childhood and the Institute for Public Representation, a public-interest law clinic at Georgetown University, found that the device collects transcripts of voice recordings and other use data. To delete that info, the researchers say, parents must contact Amazon's customer support.

An Amazon spokesperson told The Wall Street Journal that the company is compliant with federal privacy laws and that Amazon's privacy policies are disclosed on its website. The complainants argue that the privacy disclosures are unclear and confusing. Senator Edward Markey (D-Mass.) also sent a letter to the FTC urging the agency to investigate the findings. Senators Richard Blumenthal (D-Conn.), Josh Hawley (R-Mo.) and Richard Durbin (D-Ill.) cosigned.

This isn't the first time Amazon has been accused of improperly recording conversations through an Alexa device. Google and Facebook have also been accused of listening to their users. But this is one of the first instance that deals directly with children's data.

We've reached out to Amazon for comment and will update the story when we hear from them.

In this article: alexa, amazon, business, Campaign for Commercial-Free Childhood, children, complaint, conversations, data, echo dot kids, Edward Markey, FTC, gadgetry, gadgets, gear, home, Institute for Public Representation, Josh Hawley, privacy, recording, Richard Blumenthal, Richard Durbin, security, transcripts
All products recommended by Engadget are selected by our editorial team, independent of our parent company. Some of our stories include affiliate links. If you buy something through one of these links, we may earn an affiliate commission.