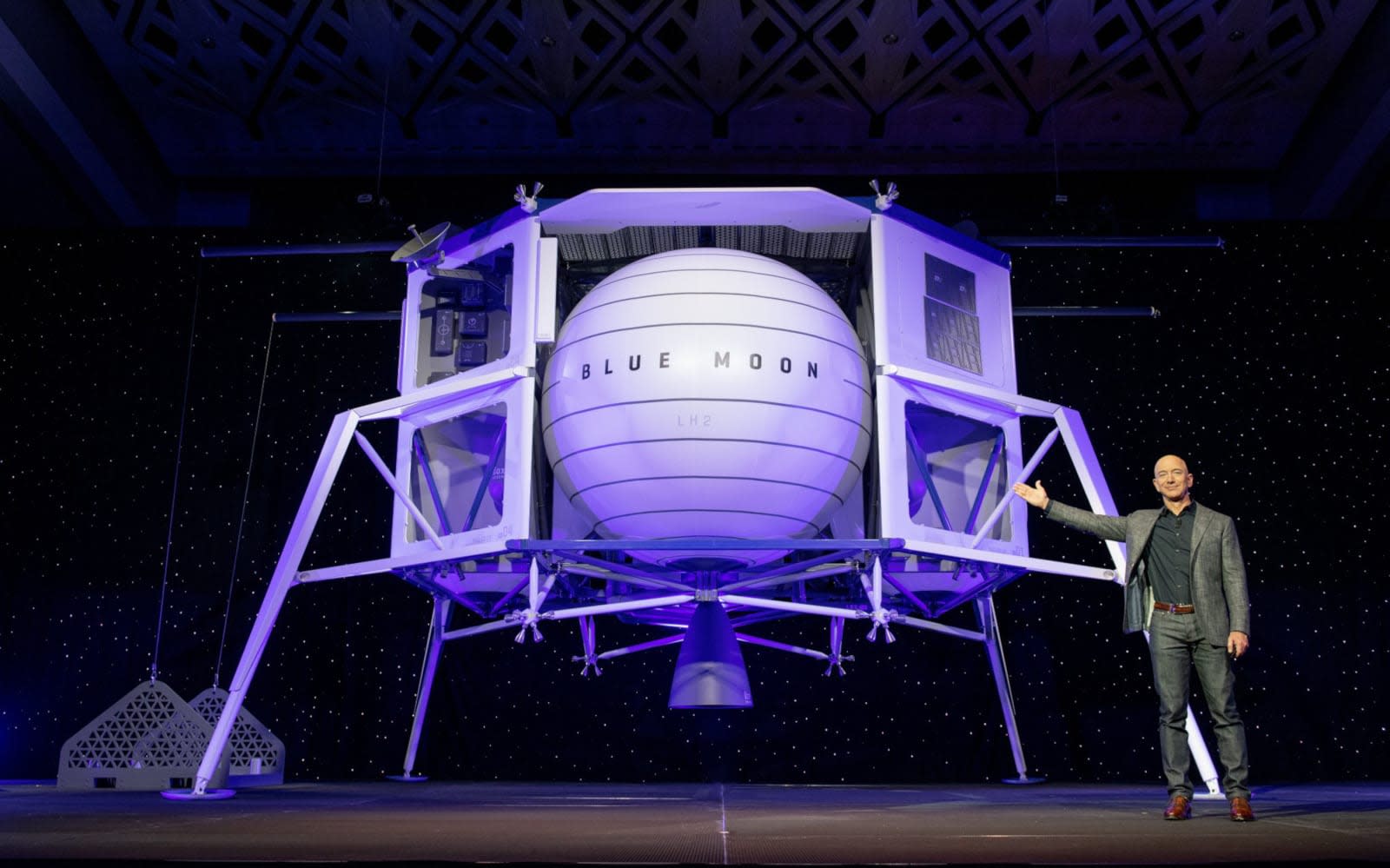 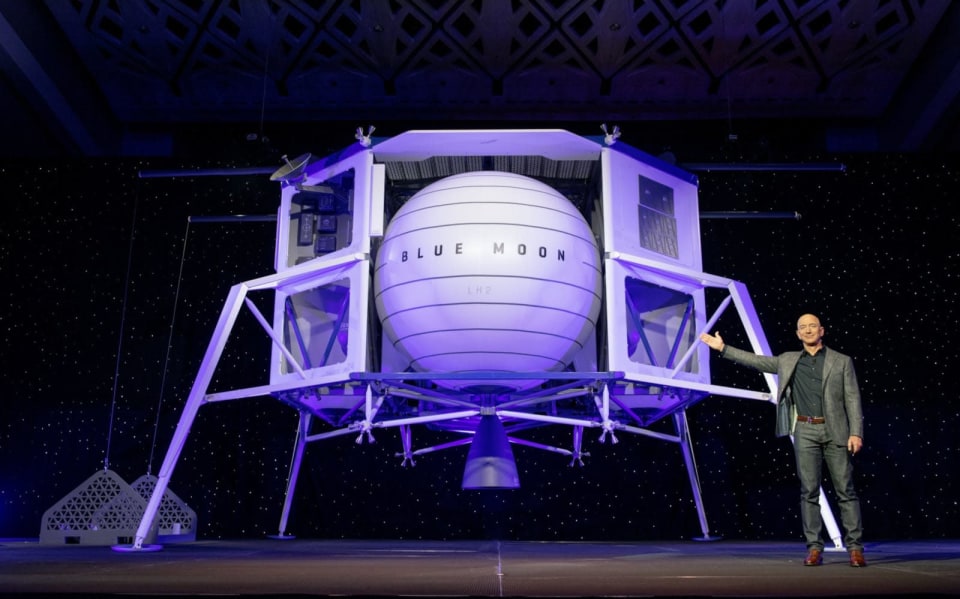 Blue Origin is building a lunar lander aptly called the Blue Moon. Jeff Bezos has announced his space company's shared goal with NASA to go back to our planet's fateful companion in the next few years at an event for media and space industry executives. There, the tech exec has also revealed that Blue Origin is developing a new engine called BE-7 with a 10,000 lbf thrust, strong enough to power the rocket that's ferrying the lander and its large payloads to space. Its first test fire could happen as soon as this summer.

Blue Origin says the cargo variant it has just revealed can carry 3.6 metric tons to its destination. It's also working on another variant that's capable of carrying a "6.5-metric-ton, human-rated ascent stage." While Bezos didn't mention particular dates, the company believes it can meet the government's goal of putting Americans back on the moon by 2024.

The Blue Moon initiative seeks to build infrastructure on the surface of Earth's natural satellite to the point that entrepreneurs can start building space businesses. Bezos talked about the possibility of harnessing resources there for energy back home, since ours are bound to run out in the future. In addition, he said the moon is a good place for manufacturing, since it will take 24 times less energy to haul materials from its surface compared to the Earth due to its lower gravity.

A couple of years ago, when Bezos first teased the project, he said it would start by sending a couple of tons of cargo to the moon to build a lunar base -- it sounds like that's still what the company intends to do. "It's time to go back to the moon, this time to stay," he said.

First hotfire will be this summer pic.twitter.com/onGeUNMnOt

In this article: BE-7, blue moon, blue origin, jeff bezos, lunar lander, moon, rocket, space, tomorrow
All products recommended by Engadget are selected by our editorial team, independent of our parent company. Some of our stories include affiliate links. If you buy something through one of these links, we may earn an affiliate commission.