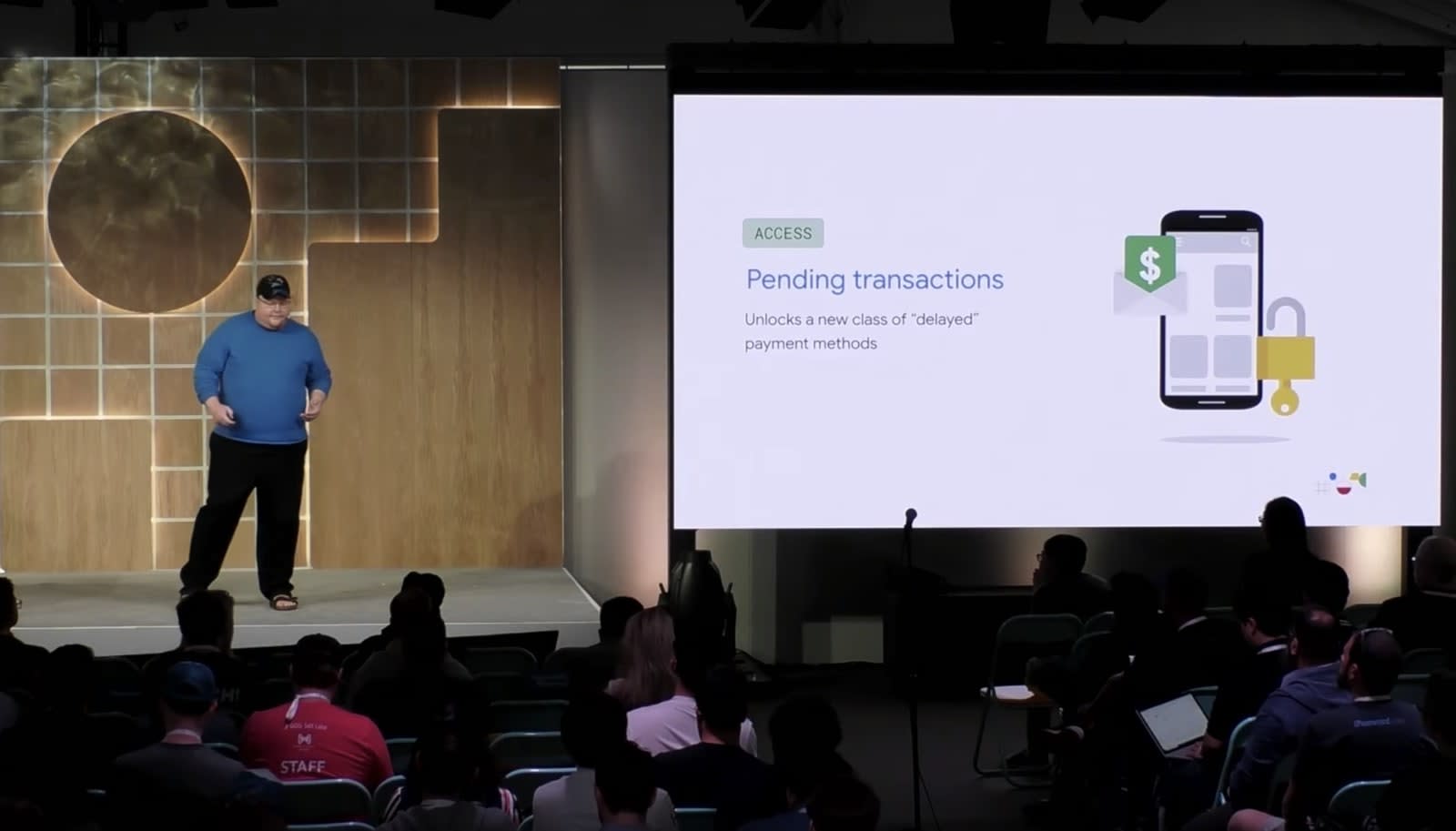 A few years ago, Google added carrier billing to the Play Store to make paid apps and in-app payments more accessible, even in emerging markets. Now, the tech giant is making it even easier for users in developing regions and other primarily cash-based societies to get their hands on paid content. It's rolling out a new payment option called "pending transactions," which Play Store Director of Engineering Aurash Mahbod describes as a "new class of delayed form of payment -- like cash, bank transfer and direct debit."

The version that's now live in Japan and Mexico allows users to buy paid apps by paying cash at local convenience stores. Google will follow up with the ability to pay for in-app transactions and will most likely make the option available in other developing nations.

They'd simply have to show the cashier the transaction code when they pay within the allotted time, so their accounts can be credited with the amount. If all goes well, their payments will be processed in as short as 10 minutes, though it could take as long as 48 hours if anything goes awry. Unfortunately, transactions paid through the option can't be refunded -- good thing users can think about their decision while making their way to the store.

Google launched the new payment option, since emerging markets are an area of growth for developers. The hope is to turn free users into paying ones. Cash-based transactions are still preferred in those regions, after all, where few people have access to credit cards and don't always have postpaid plans.

In this article: gear, google, google play, internet, mobile, payment
All products recommended by Engadget are selected by our editorial team, independent of our parent company. Some of our stories include affiliate links. If you buy something through one of these links, we may earn an affiliate commission.