Skullcandy's take on Apple's AirPods will only cost you $80

That's nearly half the cost of Apple's true wireless earbuds.
B. Steele|05.09.19

If I've learned anything in the time since Apple's original AirPods debuted, it's that there are a lot of people who don't mind wearing earbuds that extend down from their ears. Apple is currently on version 2.0, and today Skullcandy revealed its take on the polarizing design. With the Indy, Skullcandy managed to pack a lot of features in an $80 package, including a handy charging case.

The Indy's overall design definitely takes cues from the AirPods, but the buds themselves look a bit more like normal earbuds and less like Apple's take on the accessory. Of course, Skullcandy wasn't shy about adding the stick-like section that extends out from the bottom of each one. The company also installed a removable fin-like "stability gel" to help everything stay in place. The Indy is also IP55 rated for sweat, water and dirt resistance, so you should have no problem taking these to the gym or on a run. 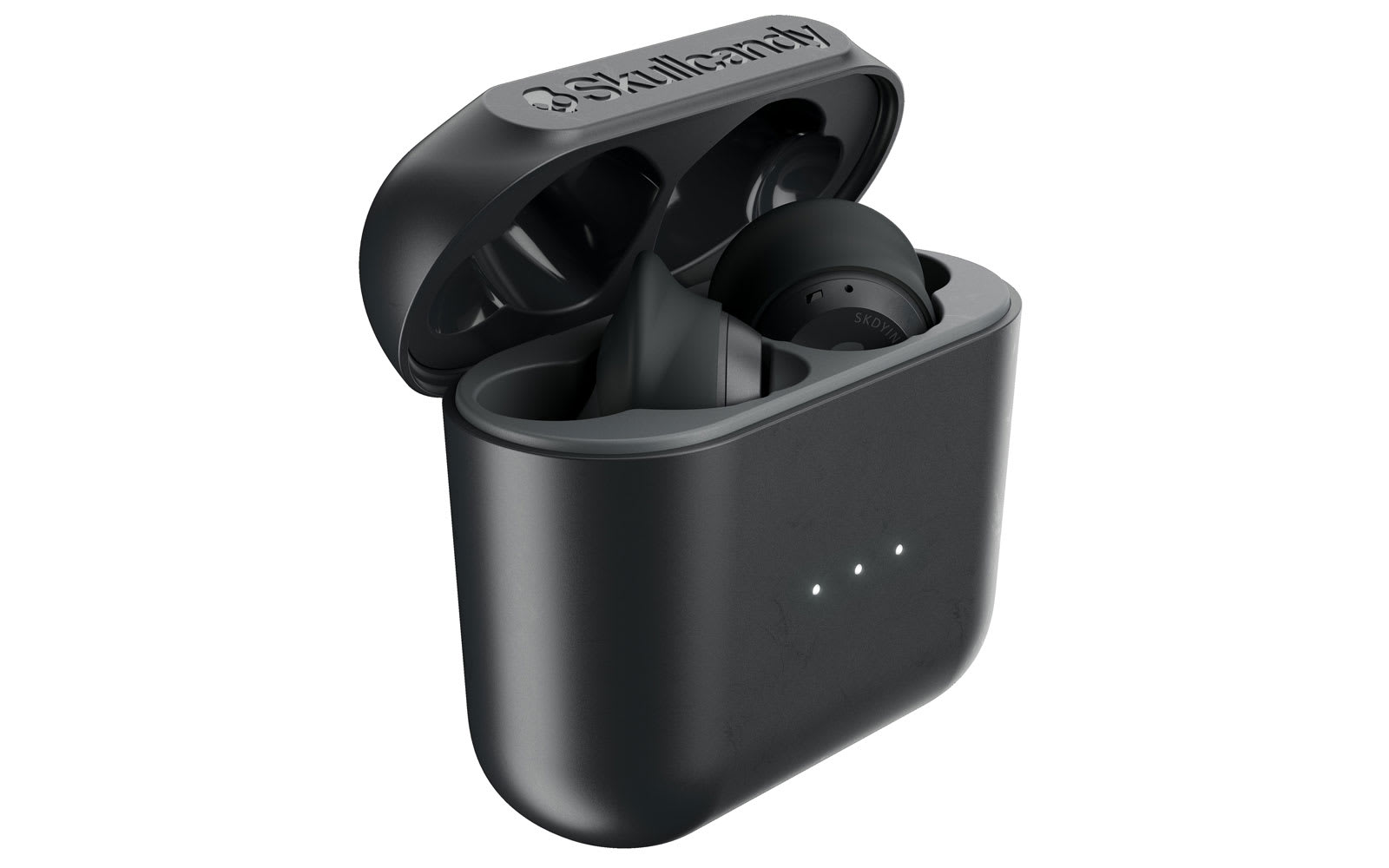 Skullcandy says you can expect up to four hours of battery life on the buds alone, with the included charging case packing enough power for three additional charges (16 hours total). Like the case that comes with the AirPods, Skullycandy opted for a flip-top design, complete with charging indicators on the outside. There are also touch controls for taking calls, changing tracks and adjusting volume. Speaking of calls, there's a built-in microphone that will help you with those.

Skullcandy offers some solid headphone options if you're on a tight budget, and the Indy is yet another product that could do just that. The $80 true wireless earbuds are available today direct from the company's website. If you aren't fond of the Indy's design, Skullcandy also has the more common looking Push true wireless earbuds. And right now, they're on sale for $100.