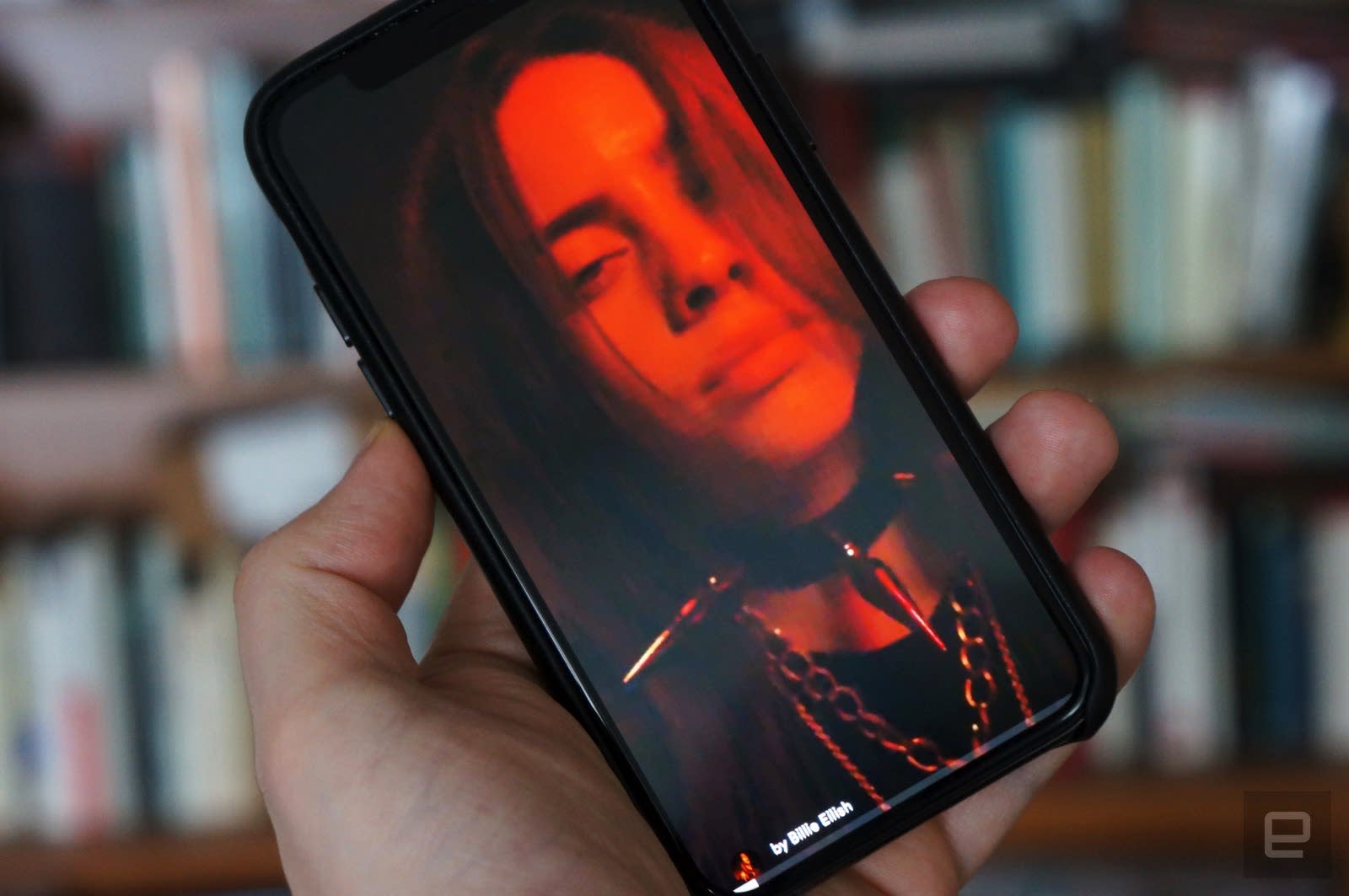 Count Spotify among the ranks of internet giants duping Snapchat's Stories feature. The streaming music service has confirmed an Android Police report that it's testing a Storyline feature where musicians can share Stories-style content, whether it's making-of trivia or a song's influences. This isn't the same as Behind the Lyrics, which pulls data from Genius -- artists and their managers have to work with Spotify directly.

Storyline is in testing for some Android and iOS users as we write this, although Spotify wouldn't tell TechCrunch if or when the feature might be widely available. The company is "always testing" new experiences, a spokesperson said. You're most likely to see attached to songs from pop artists like Billie Eilish, MAX and the Jonas Brothers.

The addition would give Spotify a form of original material beyond the occasional album exclusive. It could also make the app more relevant for a generation that has practically grown up with Stories in many of their apps. That, in turn, could keep Spotify ahead of Apple Music, where the context for a song is usually limited to editors' notes and the occasional Beats 1 interview.

In this article: android, app, entertainment, internet, ios, mobile, music, services, spotify, stories, storyline, streaming
All products recommended by Engadget are selected by our editorial team, independent of our parent company. Some of our stories include affiliate links. If you buy something through one of these links, we may earn an affiliate commission.