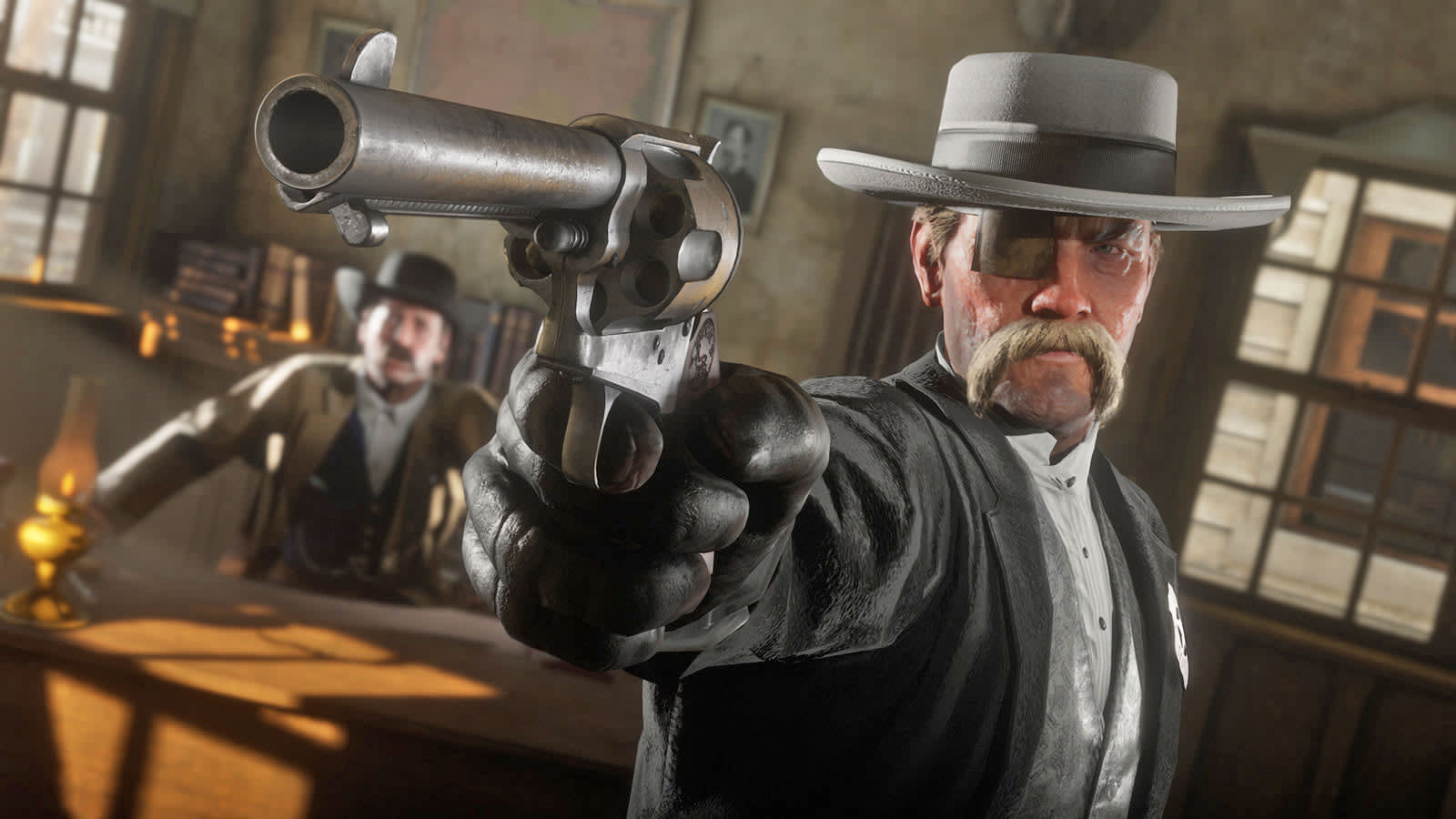 Now that Red Dead Online has had several months to build an audience, how is it faring? Quite well, apparently. During an earnings call, Take-Two chief Strauss Zelnick stated that the Red Dead Redemption 2 multiplayer component was "performing better" than GTA Online was at a similarly early point in its history. He didn't elaborate on the criteria (users? Money generated?), but it's a good sign for the company when GTA Online is still considered the cash cow.

It's not going to outdo its precedessor in terms of sheer copies sold. Zelnick noted that there had been 24 million copies of RDR2 sold to date, or only slightly more than the 23 million sold by the end of 2018. In contrast, GTA 5 managed to rack up 34 million copies between its September 2013 debut and August 2014.

It's not completely surprising that RDO would fare well. GTAO primed the audience to anticipate a Red Dead equivalent, and Rockstar managed to avoid some of the pitfalls that plagued the GTA title early on. The greater question is whether or not Red Dead will keep that momentum going, or if it's destined to taper off as sales of the underlying game continue to cool off.

There is some potential. Zelnick said that RDO would leave its beta testing phase during the current quarter, or sometime within the next two months. That could shift the focus from developing the essentials (such as adding key features and fixing bugs) toward expanding the game, potentially reeling in players who weren't that enthused with the early take on a shared Wild West experience.

In this article: av, games, gaming, grand theft auto online, grand theft auto v, gta 5, gta online, gta v, internet, red dead online, red dead redemption ii, rockstar, rockstar games, take two, take-two, Take-Two Interactive, video games
All products recommended by Engadget are selected by our editorial team, independent of our parent company. Some of our stories include affiliate links. If you buy something through one of these links, we may earn an affiliate commission.