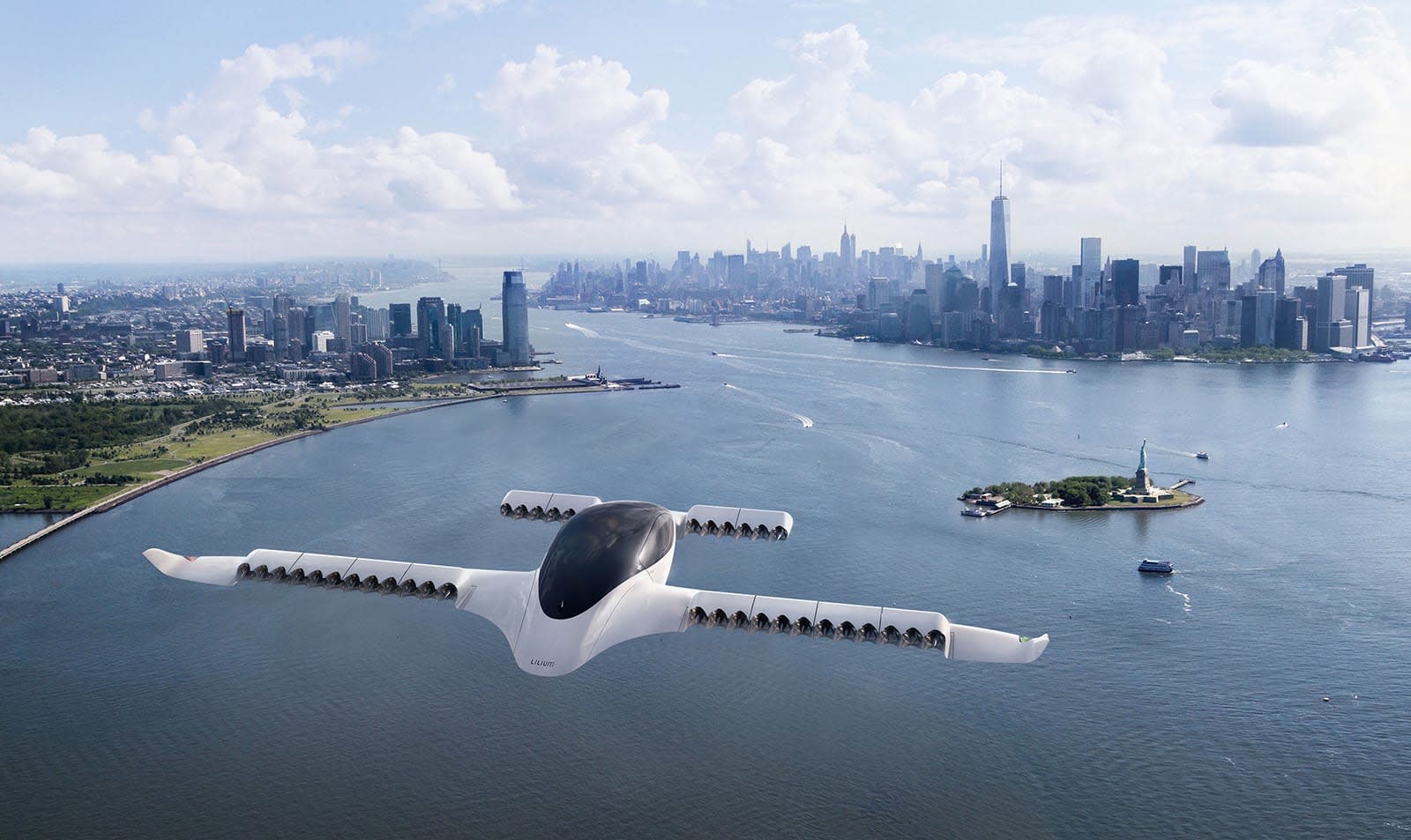 There are a number of flying taxi startups out there, but Lilium has stood out with its unique airplane-like design and serious aeronautical cred. Now, the company has unveiled an all-new prototype and flaunted the first successful tests with the craft. In a video, it shows the craft taking off vertically, hovering just above the ground and then landing, complete with the de rigueur employee cheering and hollering.

Lilium's new prototype has an oval cabin and 36 electric jet engines fitted on the wings and tail (the tail is actually a smaller wing, but let's call it a tail). They tilt up during takeoff, then forward as the craft transitions into horizontal flight. Each motor has just a single moving part, the company said, and there are no propellers or rudder.

The aircraft's big trick is that it can take off vertically like a drone, but then use its wings for lift like an airplane. That enables it to cruise faster at up to 300 km/hour (186 mph) using just 10 percent of the 2,000 horsepower on tap. At the same time, it can operate for a full hour with a total range of 186 miles, a lot more than EHang's drone-like craft, for instance. It also beats other tilt-rotor designs from Airbus and Bell/Uber in speed and range, at least on paper.

The aircraft will have autonomous flying capability, but Lilium plans to have a human pilot onboard, as well. The company believes that will make it easier to pass the notoriously difficult aircraft certification tests. It's currently trying to get approval from the European Aviation Safety Agency, and will pursue FAA certification later on.

The aircraft will be able to carry 5 passengers and their luggage, along with the pilot. To get an on-demand flight, you'll be able to use Lilium's Uber-like app. The company told the Verge that it plans to offer offer flights from midtown Manhattan to JFK airport in 10 minutes for about $70.

The short hop might not look too impressive, but it's the first step in a more comprehensive testing program. Lilium has already run full tests of its previous 2-seater Eagle prototype that include take-off, horizontal flight and landing. The company is hoping to launch the jet into commercial service by 2025.

In this article: AirTaxi, ElectricAirplane, FixedWing, full-scale, gear, Lilium, On-demand, tomorrow, transportation
All products recommended by Engadget are selected by our editorial team, independent of our parent company. Some of our stories include affiliate links. If you buy something through one of these links, we may earn an affiliate commission.