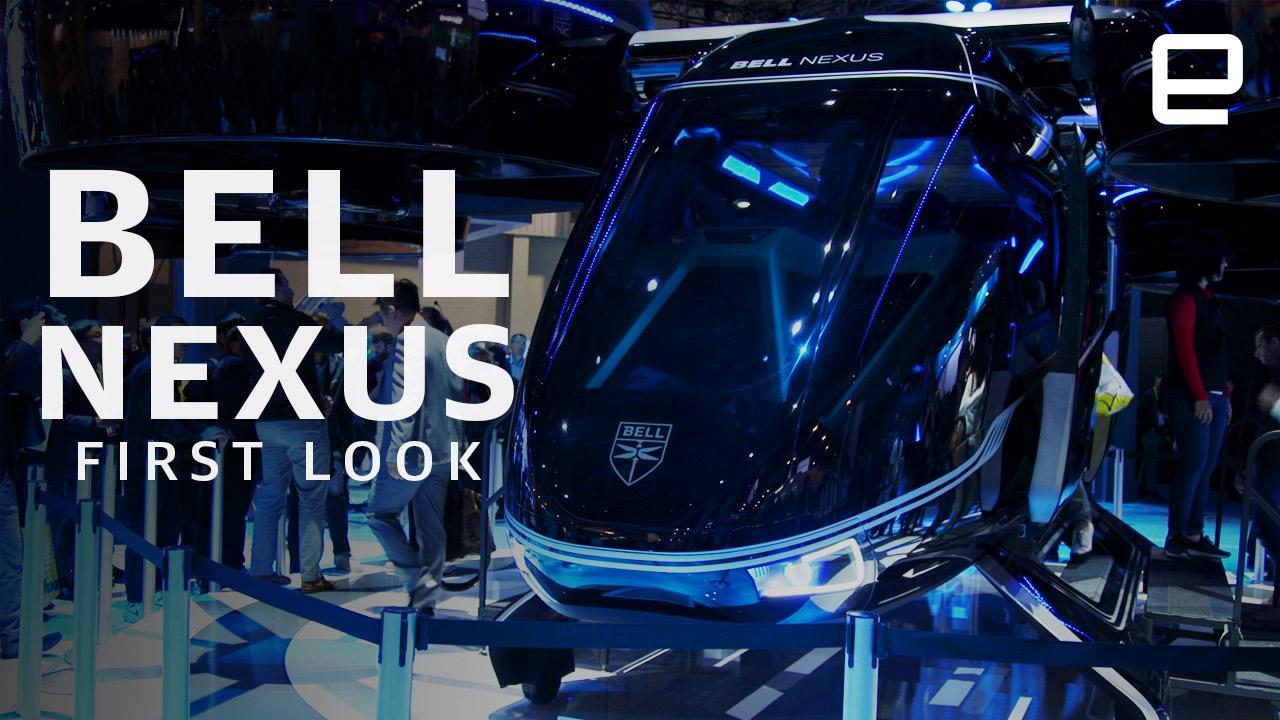 While Elon Musk's Boring Company hopes to ease traffic congestion by burrowing under the cities of tomorrow, Uber and Bell Aerospace are taking to the skies. At CES 2019 in Las Vegas, Bell revealed the latest iteration of its Nexus VTOL aircraft, which is being developed as the preferred platform for Uber's Elevate air taxi program.

The Nexus may look like an oversized drone, but it is so much more. The 6500-pound aircraft sports six, 8-foot articulated ducted fans, which enable the platform to lift off the ground vertically like a traditional helicopter before rotating 90 degrees, allowing for faster air travel much like a plane. Landing is as easy as rotating the fans back into their original position and setting down gently.

Best of all, the Nexus fits on a standard 40-foot by 40-foot landing pad, which means that cities won't have to radically change existing infrastructure to accommodate them. And since the Nexus utilizes a hybrid electric power system, it should be able to fly more quietly and more efficiently than conventional 'copters. As Bell reps told Engadget, the Nexus will carry four passengers and a pilot up to a range of 150 miles and be able to travel that distance in just one hour.

Now, this isn't the first VTOL aircraft that Bell Aerospace has produced. The company has been building helicopters since the Second World War and developed the V-22 Osprey, another tilt-rotor flyer, in conjunction with Boeing. Bell took many of the lessons learned when creating the Osprey and applied them to the Nexus, including a fly-by-wire system that will ensure the aircraft remains in a safe flight envelope. Bell is working with a number of other companies on the Nexus, including Safran, EPS, Thales, Moog and Garmin -- each of whom is building individual subsystems.

While the prototype that we saw at CES is non-operational, the company expects to begin flight testing the aircraft by 2023 and commence commercial operations shortly thereafter. Since Bell is headquartered in Fort Worth, Texas, residents of the Lone Star State will be among the first to have access before the program rolls out to the rest of the US. There's no word yet on how much a trip across town will cost but the process of ordering a lift (no pun intended) should be very similar to hailing a car today.

Of course, that's assuming that the companies can overcome the numerous hurdles that currently stand in their way. Bell is already working with the FAA to develop sensible regulations to enable these vehicles to operate safely among existing air traffic but cities will have to develop some additional infrastructure to accommodate the vehicles (unless you really want one of these setting down in your front yard) and both Uber and Bell will need to convince the public that the air taxi service they have in mind isn't just convenient but reliable, cost effective -- and most importantly, safe.

In this article: aircraft, bell, ces2019, ridesharing, tomorrow, transportation, uber, vtol
All products recommended by Engadget are selected by our editorial team, independent of our parent company. Some of our stories include affiliate links. If you buy something through one of these links, we may earn an affiliate commission.