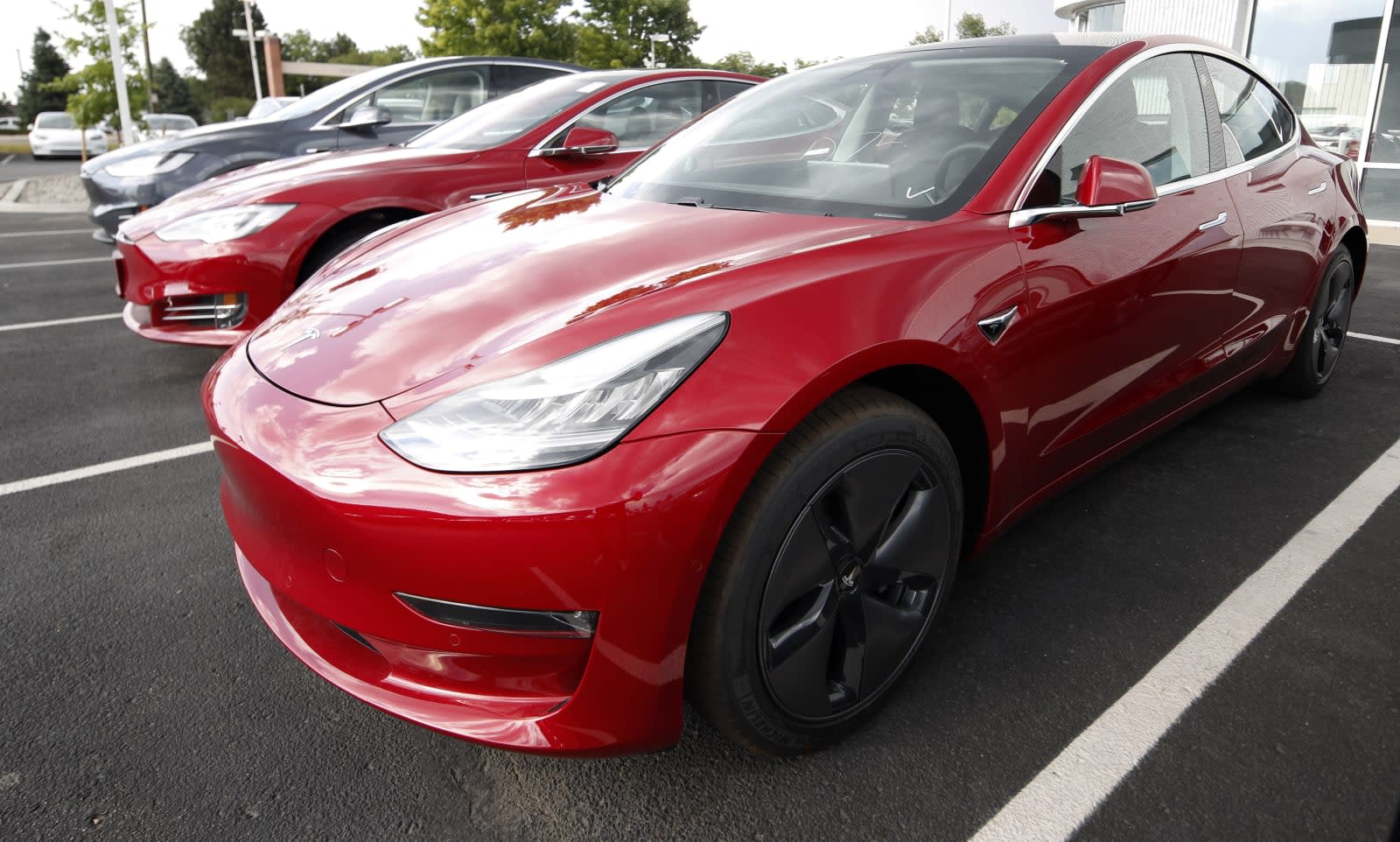 The National Transportation Safety Board said in a preliminary report that Tesla's Autopilot system was active at the time of a fatal Model 3 crash in Delray Beach, Florida. Data showed the car's driver, who died in the March 1st incident, activated Autopilot around 10 seconds before the collision. In the approximately eight seconds before the Tesla crashed into a semi truck, the car didn't detect the driver's hands on the wheel.

Initial data also showed the Tesla was traveling at 68 miles per hour, 13 mph above the speed limit, when it hit the truck, whose driver was uninjured. According to the report, the truck was crossing the highway from a side road when the Model 3 struck the side of the trailer, shearing off the roof and killing the Tesla driver. The car continued traveling on the highway for about 1,600 feet before it stopped.

None of the data or videos from the incident indicate the driver or Autopilot carried out evasive maneuvers, the NTSB said. The prelim report doesn't include mention anything about warnings the driver may have ignored, as has been the case in some prior crashes.

"Shortly following the accident, we informed the National Highway Transportation Safety Administration and the National Transportation Safety Board that the vehicle's logs showed that Autopilot was first engaged by the driver just 10 seconds prior to the accident, and then the driver immediately removed his hands from the wheel. Autopilot had not been used at any other time during that drive. We are deeply saddened by this accident and our thoughts are with everyone affected by this tragedy.

"Tesla drivers have logged more than one billion miles with Autopilot engaged, and our data shows that, when used properly by an attentive driver who is prepared to take control at all times, drivers supported by Autopilot are safer than those operating without assistance. For the past three quarters we have released quarterly safety data directly from our vehicles which demonstrates that."

It might be some time before the NTSB releases its final report, as it said investigations related to fatalities usually take between 12 and 24 months to complete. Following previous Autopilot-linked crashes, Tesla rolled out an update last June that frequently reminds drivers to hold the wheel, apparently as often as every 15 seconds.

In this article: autopilot, crash, fatality, florida, gear, model 3, model3, national transportation safety board, nationaltransportationsafetyboard, ntsb, tesla, tesla model 3, teslamodel3, transportation
All products recommended by Engadget are selected by our editorial team, independent of our parent company. Some of our stories include affiliate links. If you buy something through one of these links, we may earn an affiliate commission.