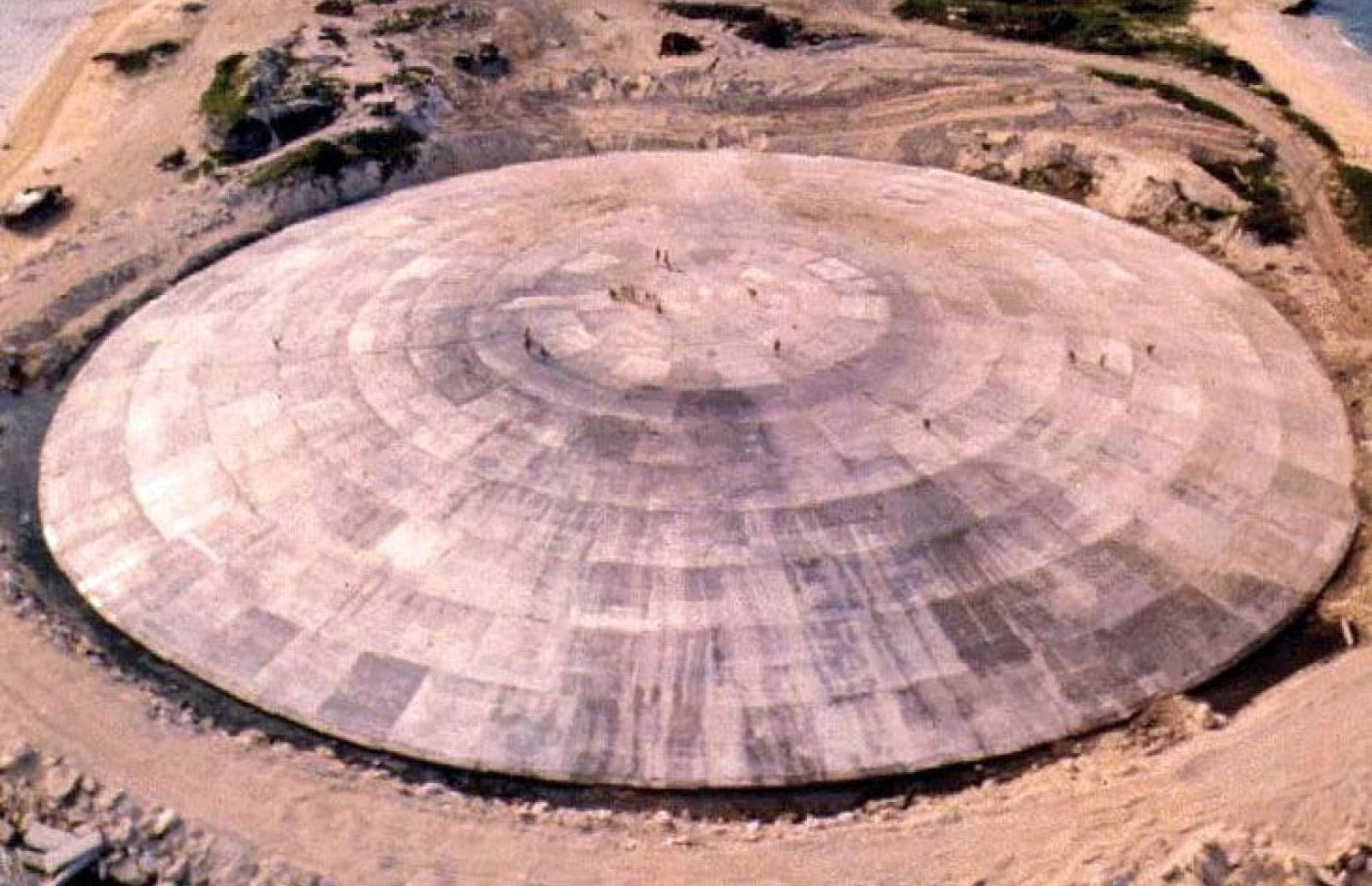 A UN chief is concerned that a Cold War-era nuclear 'coffin' could be leaking radioactive material into the Pacific. The concerns are both alarming and oddly similar to the plot of Shin Godzilla -- including the part about it being the US's fault.

According to Phys.org, the structure in question is on Enewetak atoll in the Marshall Islands -- where the US conducted 67 nuclear weapons tests between 1946 and 1958. The tests included the Castle Bravo hydrogen bomb, which was reportedly about 1,000 times bigger than the atomic bomb dropped on Hiroshima. In the late 70s, waste from those tests was dumped into a crater and capped with a concrete dome 18 inches thick. That was intended to be a temporary solution, so the bottom of the crater was never lined.

Now, UN Secretary General António Guterres and Marshall Islands President Hilda Heine fear nuclear waste could be leaking from the pit. They're also concerned about cracks in the concrete, which they worry could break apart if hit by a tropical cyclone. Guterres says the Pacific's nuclear history needs to be addressed -- hopefully he'll be taken more seriously than Shin Godzilla's Goro Maki, who warned of impending trouble but went unheard.

In this article: antonio guterres, atomic bomb, enewetak atoll, environment, hilda heine, leak, leaking, marshall islands, nuclear, Pacific, radioactive, runit island, security, testing, tomorrow, united nations, waste
All products recommended by Engadget are selected by our editorial team, independent of our parent company. Some of our stories include affiliate links. If you buy something through one of these links, we may earn an affiliate commission.