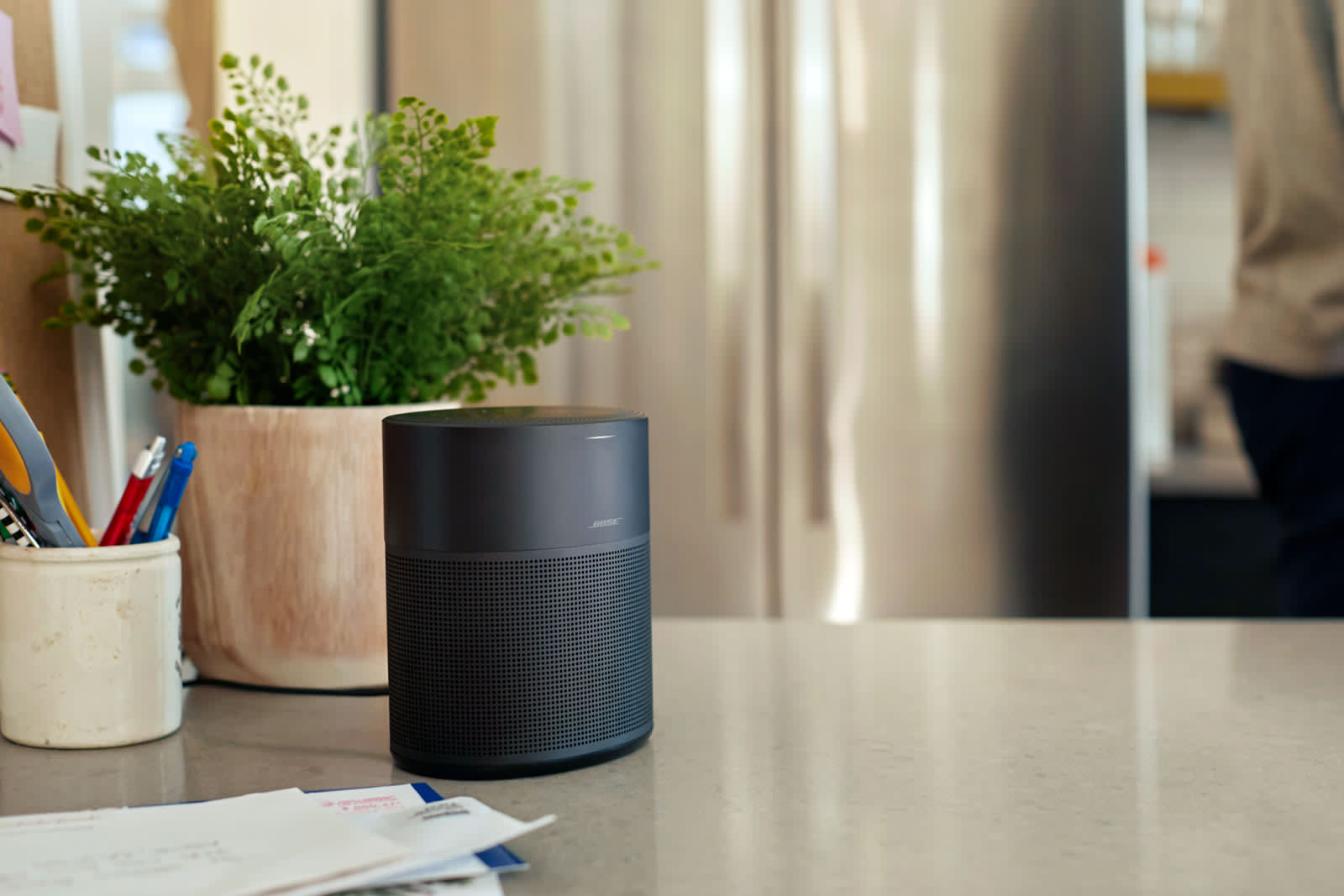 When Bose debuted its smart speakers and voice-controlled soundbars last year, the company promised support for other voice assistants besides Alexa was on the way. Today, it makes good on that promise. Bose says starting tomorrow in the US, an automatic software update will bring Google Assistant to all existing smart speakers and soundbars. That list of devices includes the Home Speaker 500, Soundbar 500 and Soundbar 700. The company also announced a new, smaller smart speaker today: the Home Speaker 300.

As the name suggests, the Home Speaker 300 is a smaller version of the Home Speaker 500 Bose revealed last August. It looks similar to its predecessor, but one main difference is it doesn't have the 500's on-board display that shows things like album art when you're listening to music. The company still promises "powerful bass and true 360-degree sound" similar to that larger smart speaker, and of course, voice control, search and more via Alexa or Google Assistant. The Home Speaker 300 will be available later this summer for $259.95. That's $140 cheaper than the larger Home Speaker 500.

If today's move sounds familiar, that's because Sonos recently added Google Assistant to its One and Beam speakers. Of course, Sonos had been talking about giving customers an alternative to Alexa for well over a year, and pushed the update to 2019 late last year.

In this article: audio, av, bose, gear, google assistant, home speaker 300, home speaker 500, smart speaker, soundbar, soundbar 500, soundbar 700, speakers, thebuyersguide, voice control
All products recommended by Engadget are selected by our editorial team, independent of our parent company. Some of our stories include affiliate links. If you buy something through one of these links, we may earn an affiliate commission.