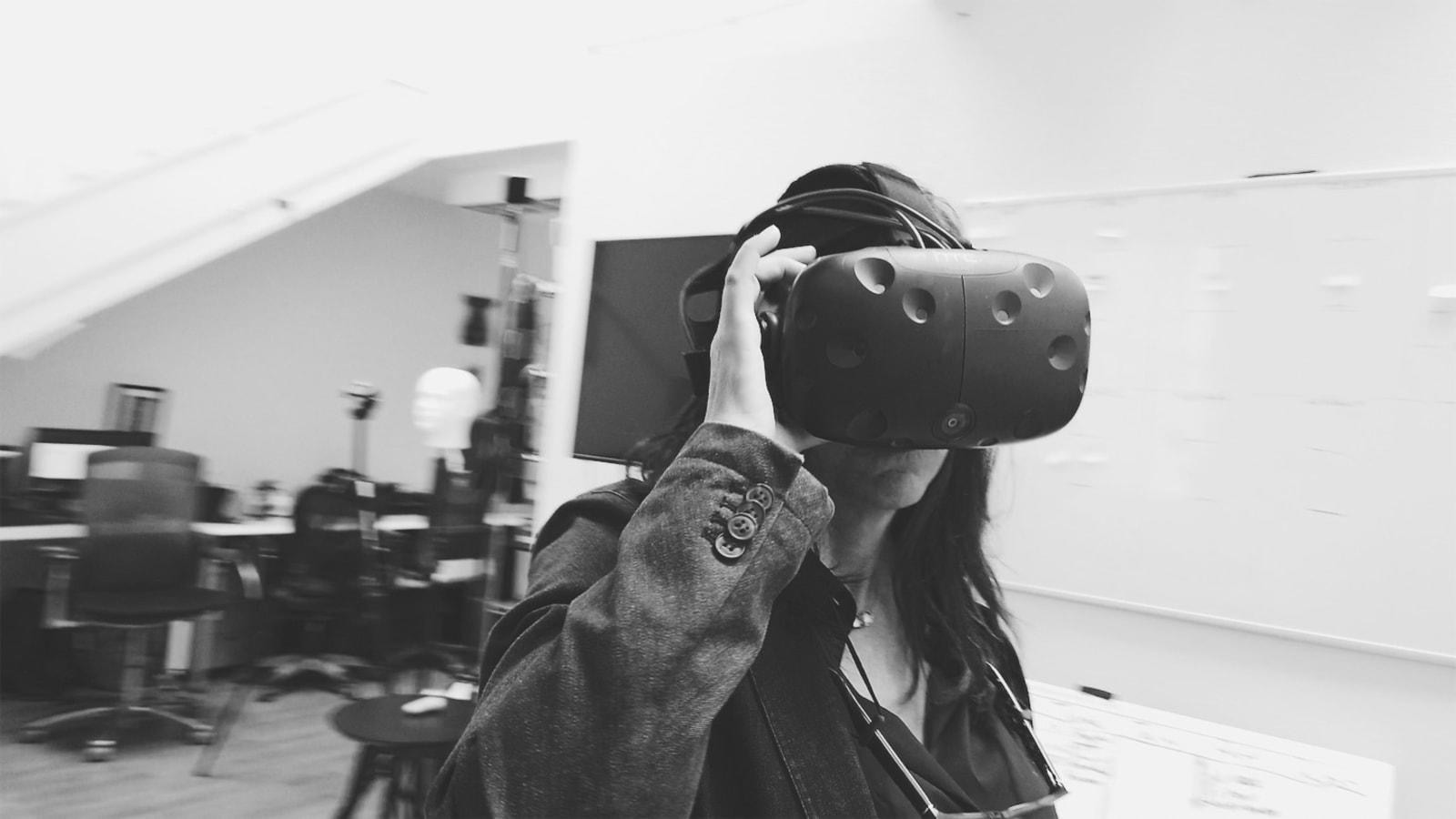 Even though virtual reality has been in the mainstream for several years now, it's still not very accessible. It often takes trained engineers to create, release and distribute VR content. That could soon change, however, thanks to a new project called Reach, a VR platform created by Emblematic Group and VR pioneer Nonny de la Peña (whom we've featured on the Engadget Experience stage before). Built on top of WebVR and in partnership with Mozilla, the project was initially announced at Sundance 2019 earlier this year in its alpha stage. Starting today, however, it's finally moving into beta. The end goal: to make web-based VR easier to create and consume.

"I was so frustrated that I could not distribute or share content easily," said De la Peña to Engadget on how the project came about. "Making content was super difficult and requires engineering knowledge [and complex coding]." Reach, on the other hand, is described as a simple drag-and-drop interface. Placing people in 3D spaces is as easy as pressing a few buttons, she says.

"Think of it as a combination of YouTube and Squarespace," she said. "If you can add a link and embed code, you can distribute on Reach."

Reach uses something called volumetric capture, a process that creates three-dimensional models from a series of cameras. She showed off an example of how Reach can be used at South by Southwest with an experience called Border Stories. She took shots and audio of the US-Mexico border, uploaded it to Reach, and it was available for the world to see in just a few minutes.

Because Reach uses Mozilla's WebVR platform that allows volumetric content to be shared straight in the browser, the content doesn't require a headset to view either; anyone with a phone or a PC can have a peek (although a headset would let you virtually "walk" in the scene).

De la Peña says that the potential for Reach is huge. It can be used by educators to provide virtual field trips, or by journalists like herself to tell more immersive stories.

"Our world is not flat, but our media has been flat for hundreds of years," she said. "We're shifting that paradigm, so that we can experience the world the way that we live in it."

Developers, creators or just anyone who's interested in Reach can sign up to be a beta tester at reach.love.

In this article: entertainment, gear, internet, mozilla, nonnydelapena, personal computing, personalcomputing, tomorrow, webvr
All products recommended by Engadget are selected by our editorial team, independent of our parent company. Some of our stories include affiliate links. If you buy something through one of these links, we may earn an affiliate commission.