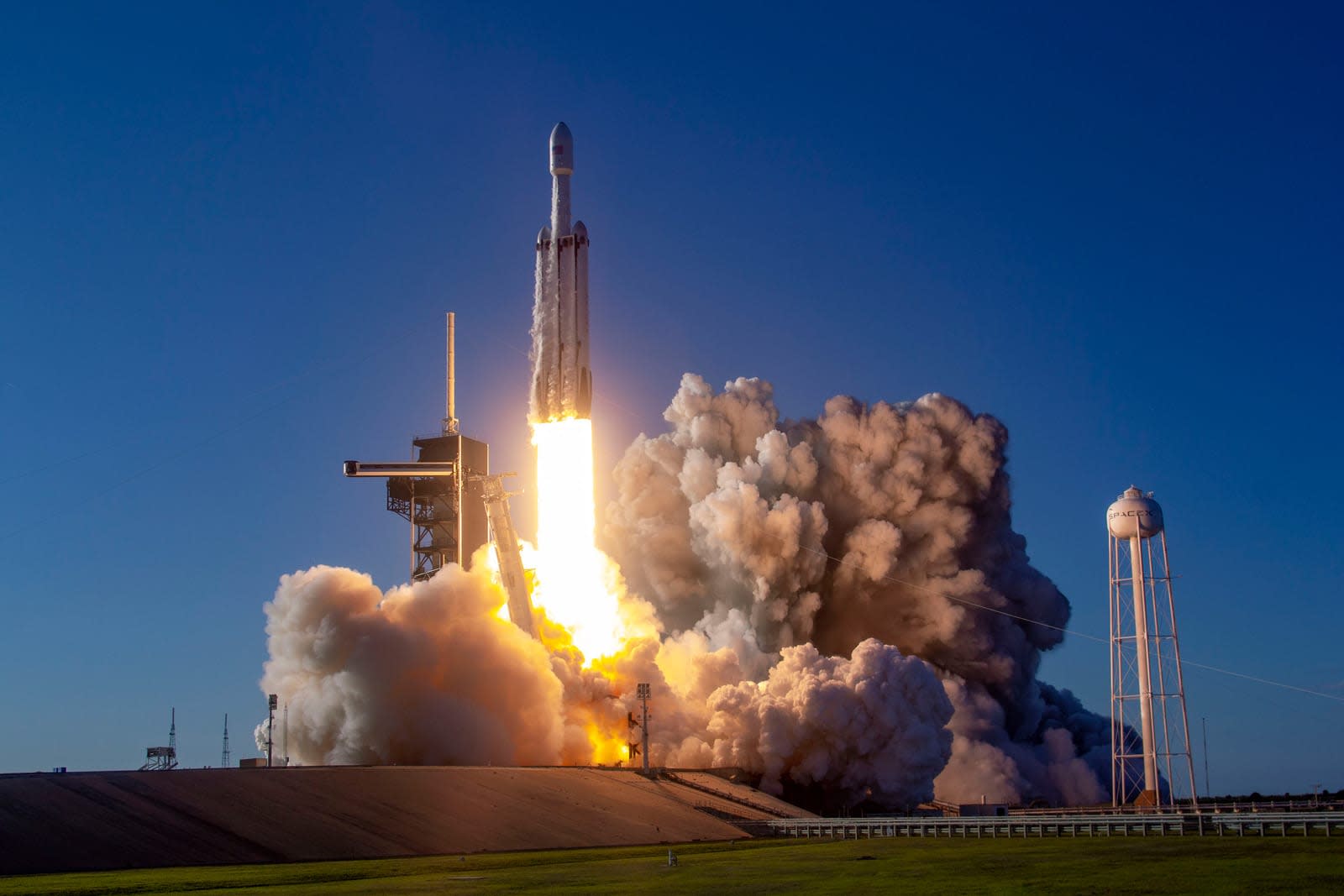 To say that SpaceX was unhappy with losing out on the US Air Force's rocket development contracts would be an understatement. The company has sued the US government under claims that the Air Force "wrongly awarded" contracts to Blue Origin, Northrop Grumman and United Launch Alliance. The military branch handed out offers to the competition despite their "unproven rockets" and "unstated metrics," while allegedly ignoring SpaceX's own real-world record. The company had completed numerous missions with its Falcon rockets, according to the lawsuit, but was deemed "highest risk" because of its largely untested Starship.

The firm also pointed to other criteria that it thought should have put it out front, including its ability to lower costs and offer vehicles that are "commercially viable." Rivals, SpaceX argued, would have to "rely exclusively" on government contracts and thus drain taxpayer money. ULA was even going to rely on Russian rocket motors, defeating the government's goal of reducing dependence on Russian hardware. SpaceX further noted that Blue Origin and Northrop delayed their development schedules soon after winning their contracts, negating promises they made when they were vying for the Air Force's money.

On top of this, SpaceX said that it tried to dispute the awards through a neutral resolution process, but that the Air Force refused and provided only a vague, summarized rejection of the company's arguments. On top of this, the lawsuit accused officials of switching the criteria for the contract without giving SpaceX or others to respond.

If successful, the lawsuit would require the Air Force to halt investment, reevaluate the offers and potentially "make a new award decision" based on new terms.

In a statement, a SpaceX spokesperson told Engadget the company was fine with the Air Force continuing with the second phase of its rocket procurement process "as currently planned," but "respecfully disagrees" with the initial choice. The private spaceflight outfit was filing the lawsuit to "ensure a level playing field for competition," according to the spokesperson.

It's difficult to say if SpaceX's suit will succeed. While the lawsuit shows some reasons to believe SpaceX was the victim of an unfair process, critics might characterize the lawsuit as sour grapes -- it's mad that it lost out and wants to prevent its competitors from gaining the upper hand. The Air Force isn't likely to be receptive given that it already tossed out SpaceX's earlier pleas. Whoever's telling the truth, you can be sure that SpaceX will fight hard. Government contracts are a large part of its business, and losing even some of them could significantly hurt its bottom line.

In this article: air force, blue origin, falcon 9, falcon heavy, gear, lawsuit, northrop grumman, politics, space, spacex, starship, ula, united launch alliance, us air force, usaf
All products recommended by Engadget are selected by our editorial team, independent of our parent company. Some of our stories include affiliate links. If you buy something through one of these links, we may earn an affiliate commission.