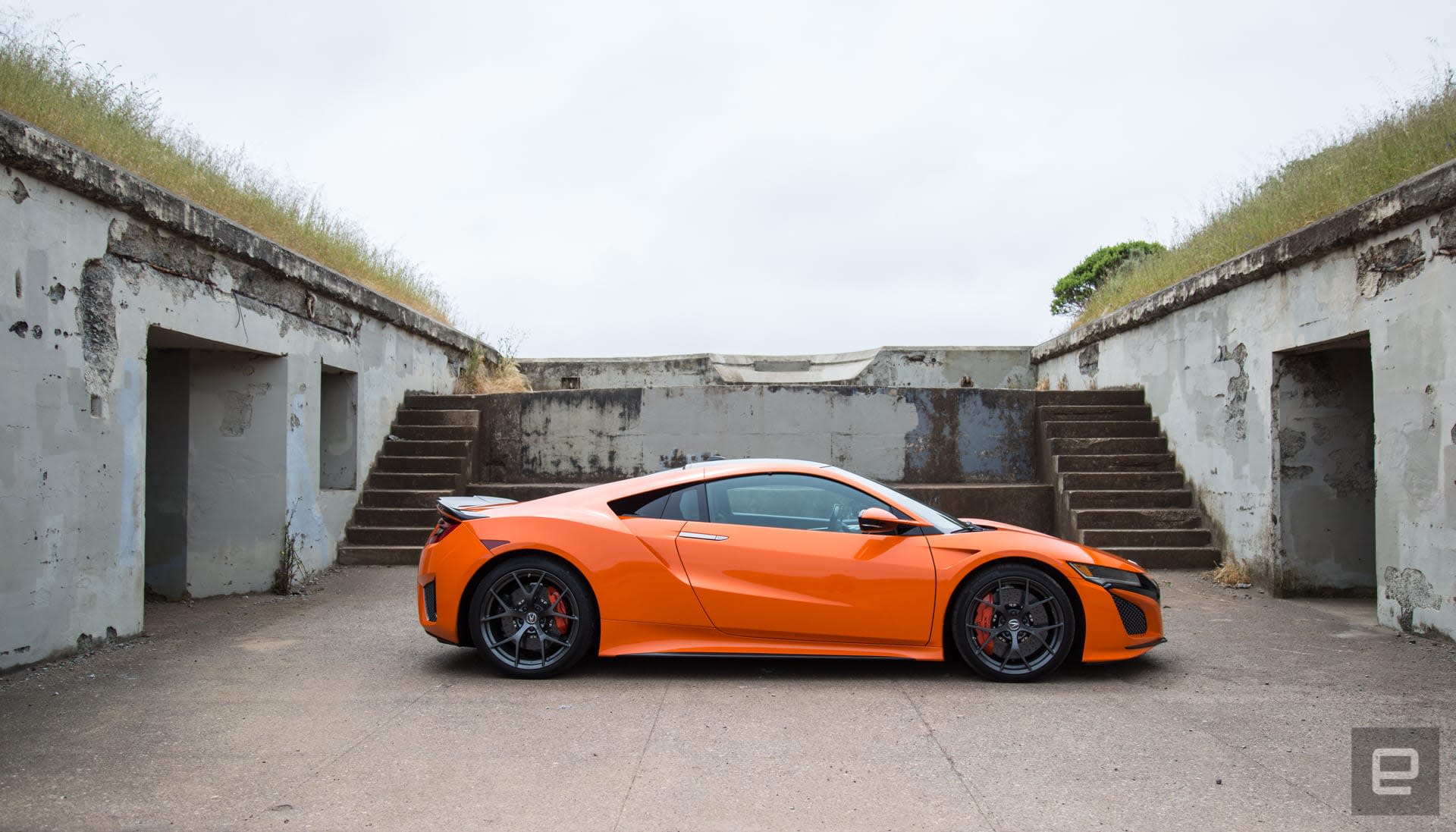 Who knew some software tweak would get your pulse racing like this?

By law, I have to mention the 1990 Acura NSX before telling you about the 2019 NSX. It was a big deal -- supercars were supposed to be from Europe, not Japan. The NSX changed that with an outstanding vehicle that caught everyone's attention. People adored it, then Acura stopped it.

In 2017, the automaker revived the supercar to much fanfare, mostly from Acura itself. Then in 2019, it made that updated car better. Actually, the software and hardware tweaks the engineers applied to the supercar made it magnificent. But nostalgia is a tough nut to crack. So for some, no matter what Acura does, the NSX (starting at $157,500) will never be the car they remember from when the first George Bush was in the White House. That's fine; the rest of us can enjoy NSX while they stalk Bring-a-Trailer auctions.

Meanwhile, the 2019 NSX is a technological wonder that starts with the powertrain. The supercar's Super Handling All-Wheel Drive (SH-AWD) system is powered by one 3.5-liter twin-turbo V-6 internal combustion engine (ICE) situated behind the passenger cabin and three electric motors. The gas engine and one of the electric motors power the rear wheels, while the front wheels each get their very own electric power plant. So it's a hybrid. But not like a Prius -- it's something much much better. 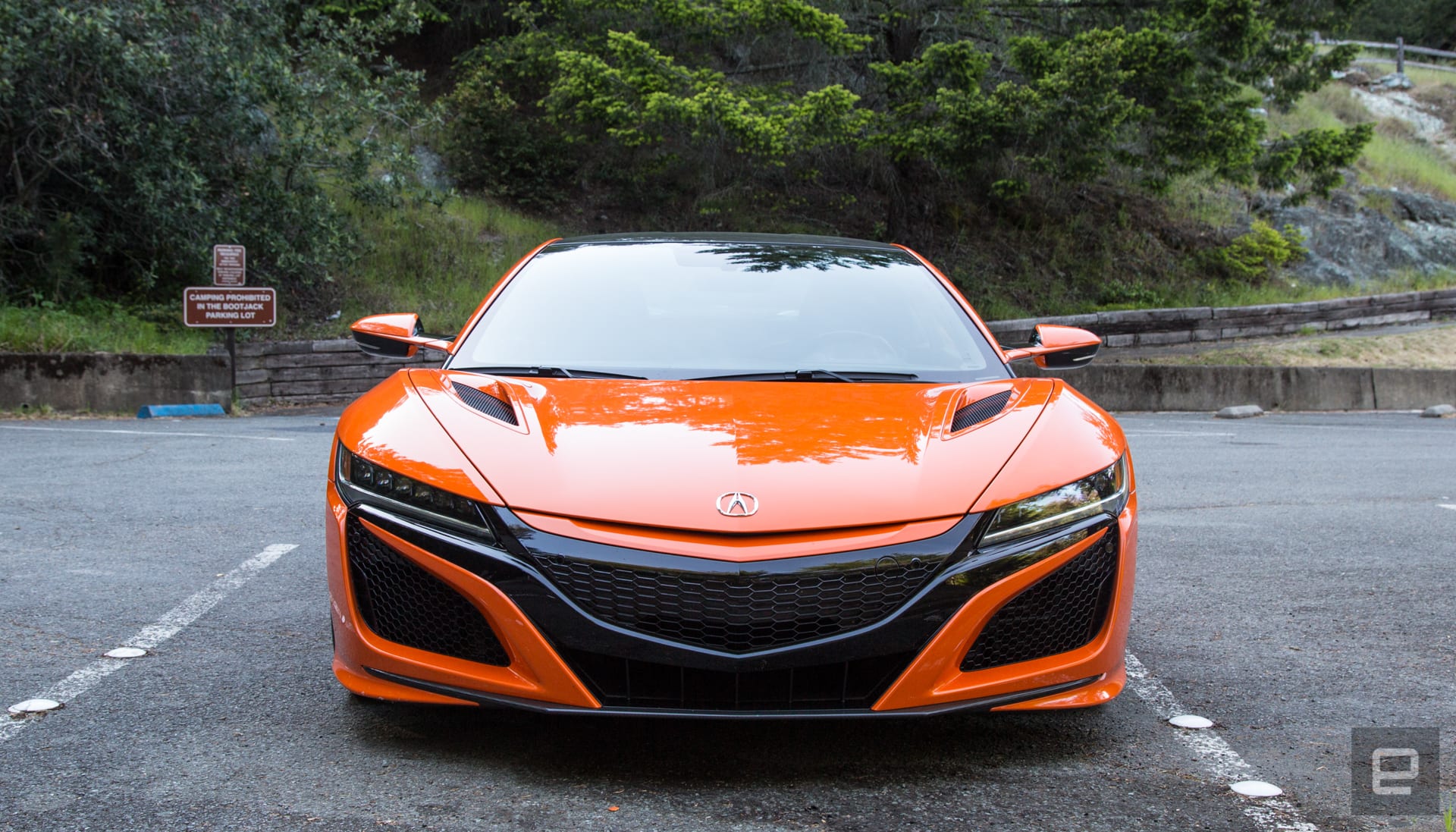 Those four propulsion devices give the NSX 573 horsepower and 476 pounds of torque. That's enough to get it to 60 miles an hour from a standstill in 2.9 seconds. That's the kind of speed that gives passengers the nervous giggles as their internal organs are shoved into the back of their bodies. The techiest part about that is that in Launch Mode, the first .15 seconds of the NSX taking off is done entirely by the electric motors.

The benefit of the electron-powered boost is not just the fun torque, it also reduces wear and tear on the ICE. Jamming your foot on the accelerator for the pure joy of just going fast as quickly as possible is murder on mechanical parts. By offloading the initial jolt to the electric motors (which have very few moving parts), Acura is saving NSX owners from costly repairs in the future.

That's where tech improves the livability of the NSX. Supercars are amazing and notoriously fragile. McLarens, Ferraris, Lamborghinis -- these are not built for daily runs to the supermarket. They're pieces of rolling artwork. You occasionally put them on display around town, in the mountains, or at the track. You're not taking a Lamborghini Huracan to Costco. Yet Acura is trying to bridge that gap between an owner's regular life and their supercar life. 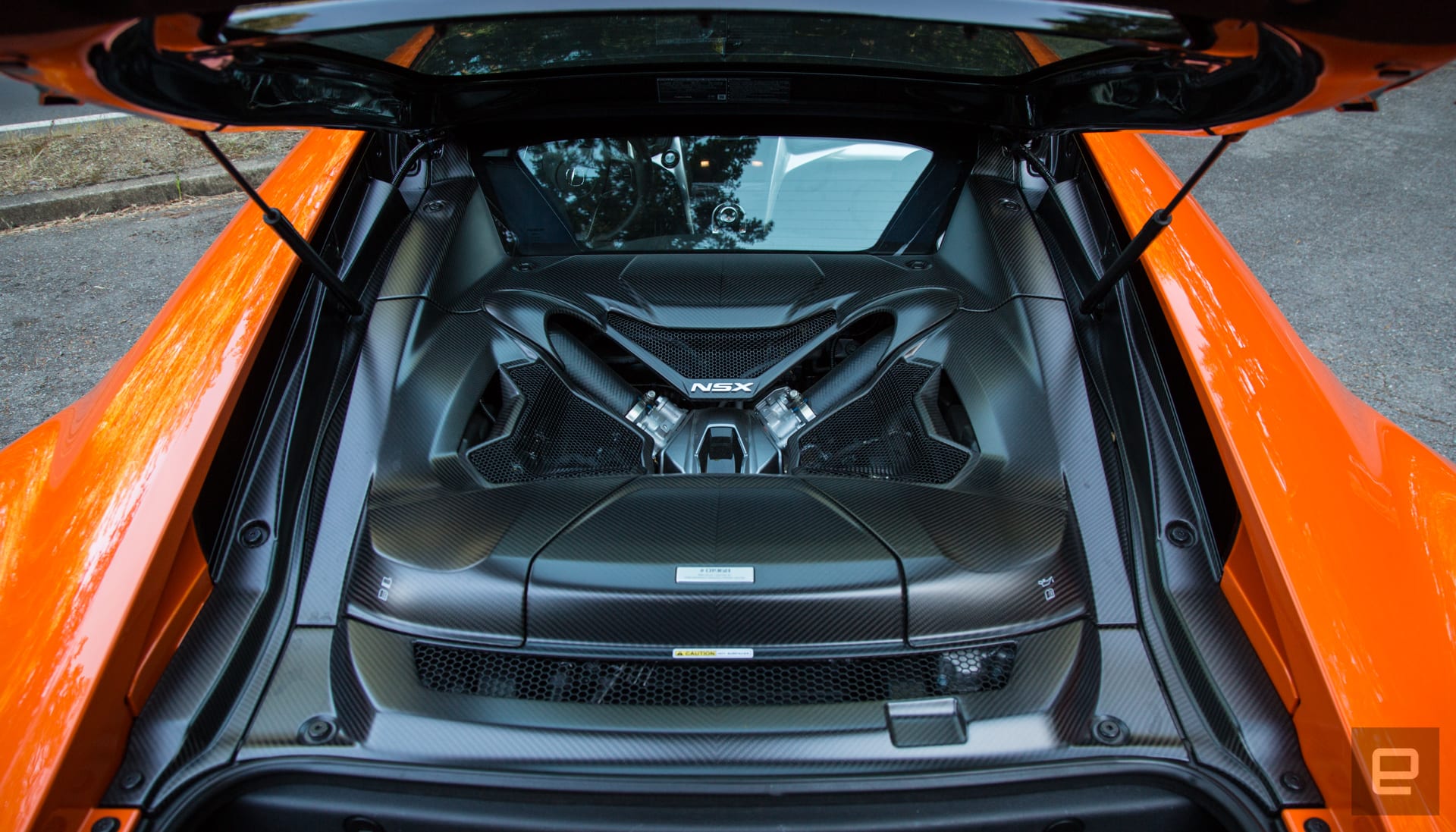 The NSX doesn't have doors that swing up; they open like regular car doors. Besides the sport seats and the lack of permanent cup holders (you grab one out of the glove box and shove it into a hole on the passenger side of the console), the interior of the NSX looks like a regular Acura. There's not a lot of fighter-jet-inspired dials or levers. There are some carbon-fiber flourishes and half of the steering wheel is made from the lightweight material, but it's actually a very subdued affair.

Fortunately, the driving is not. Once you combine the SH-AWD and combination electric and internal combustion powertrain, the NSX is quick off the line and goes exactly where you point it on the road. The mid-engine roar reminds you that you're behind the wheel of something that'll get your pulse pounding.

Cornering was tight without feeling fidgety; the drive-by-wire system did an amazing job re-creating the feel of the road via a mechanical steering system. It added tension when needed and reduced it at slower speeds. But eventually you have to slow down, and when you do, the NSX is ready.

The vehicle's Quiet mode dampens the roar of the gas engine. and because it's a hybrid with a battery, you can actually drive it in EV mode. You have to baby the accelerator, but it is possible to cruise around town without using any fuel or disturbing the locals. Apparently, Acura thinks that if you're going to build a supercar people can live with, you better make sure their neighbors can live with it too.

Its drive-by-wire system is one of the best I've ever experienced, it handles unbelievably, and it has Acura's record of reliability behind it. So is it the total tech package? Yeah, not so much. 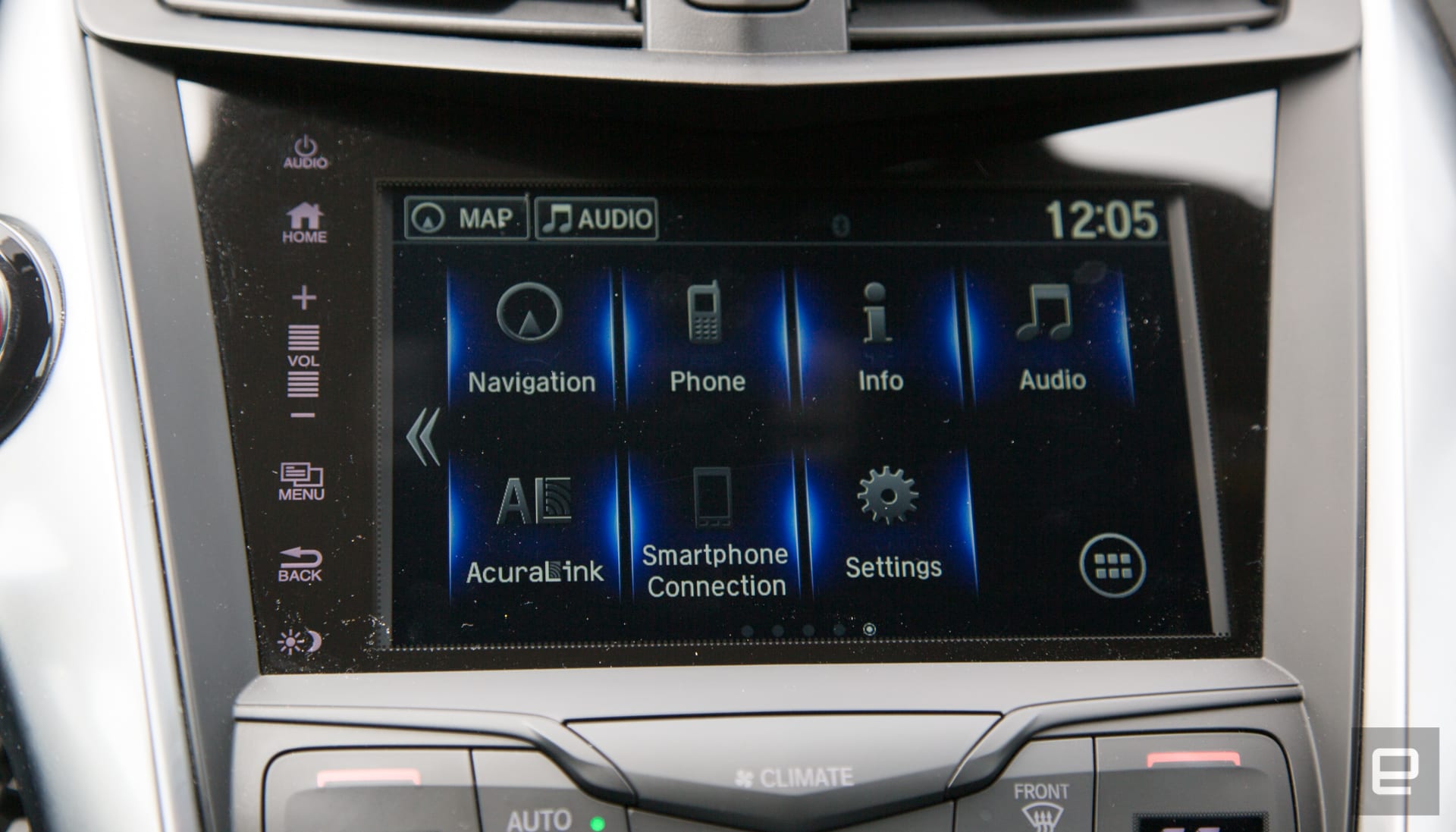 The biggest head-scratcher in this car is the infotainment system. It's the one that plagued Hondas and Acuras a few years ago. It's ugly, slow and seems completely out of place in the NSX. While the automaker made some great software and hardware tweaks to the NSX for 2019, they left 2017's infotainment system in the dash. Fortunately, it supports CarPlay and Android Auto, so use those.

You'll probably forget that every time you get out of the car, though -- the NSX looks amazing. It's one of those cars that looks better in real life. I liked it in pictures, but its true design magic requires you to stare at it in real life.

It even has a very small trunk behind the engine because it's a supercar. It's big enough for one carry on piece of luggage and two medium-sized backpacks. But be warned, because it's behind the engine and above the exhaust, it gets warm in there. So it's great for keeping your takeout food warm, bad for ice cream or, really, anything that melts. 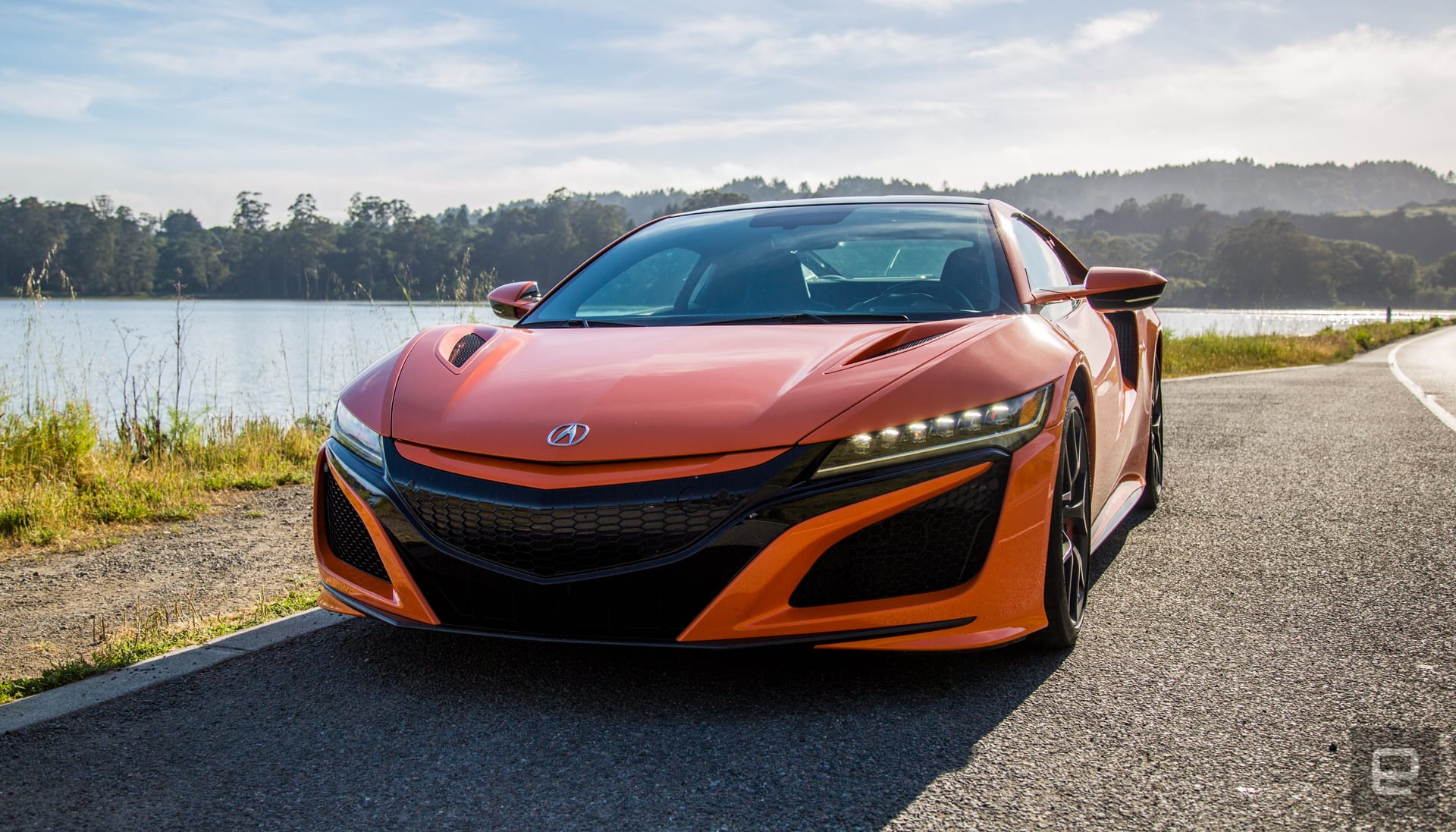 It's easy to get caught up in nostalgia. The iPhone 4 was the best iPhone. The original Doctor Who is the best Doctor. Shatner forever! The original NSX was and continues to be an amazing piece of automotive history. But the new NSX is outstanding in its own right. Don't be that person stuck in the past, because the newest supercar from Acura is great, and we all know that Picard was the best Starfleet captain.